Houston defeated the Los Angeles Dodgers in Game 7 last year to clinch the title. Trump, who played baseball in high school, declared it “was one of the greatest baseball games anybody has ever seen.” The Astros jumped to a 5-0 lead by the second inning, ultimately winning the game 5-1.

“It’s really a reminder why baseball is our national pastime,” he said at the White House.

Trump thanked the players for spending time with people who were displaced by Harvey’s floodwaters, and for donating money.

“Our administration will continue to stand by the people of Texas and Florida and Puerto Rico, Louisiana, even Alabama and so many other places were affected, and we’re standing by all of them,” said Trump, whose response to last fall’s hurricanes was criticized by some.

Trump singled out some players by name, including American League MVP Jose Altuve. “Who could forget the amazing Jose Altuve? Where’s Jose? He’s much taller than I thought,” Trump said, directly addressing the 5-foot-6 second baseman and turning to shake his hand.

White House visits by championship sports teams are usually highly anticipated, but have become politically fraught in the age of Trump.

The NBA champion Golden State Warriors avoided the White House on a trip to Washington last month. Warriors All-Star Stephen Curry had said last year that he did not want to come to the White House. Trump later made it clear that Curry wasn’t welcome, tweeting “invitation is withdrawn!”

Asked afterward about Correa’s absence, team owner Jim Crane told reporters during an availability outside the White House that a “couple of the guys had family issues and spring break, so we didn’t really review that with them.”

Some of the players and managers said they were honored to be at the White House.

“Anytime you can get a chance to come and do something like this, it’s going to be a great time,” right fielder Josh Reddick said after the event. Manager A.J. Hinch said it was a “very special” day because just one Major League Baseball team a year gets to come to the White House.

Pitcher Justin Verlander tweeted a photo of himself standing behind the president’s lectern in the White House East Room.

The Astros used Monday’s day off from spring training in Florida to fly to Washington for the ceremony. They headed for the airport afterward.

Trump, who received a team jersey, later tweeted that it was his “great honor” to host the team. He included a photo of him and the team in the Oval Office. 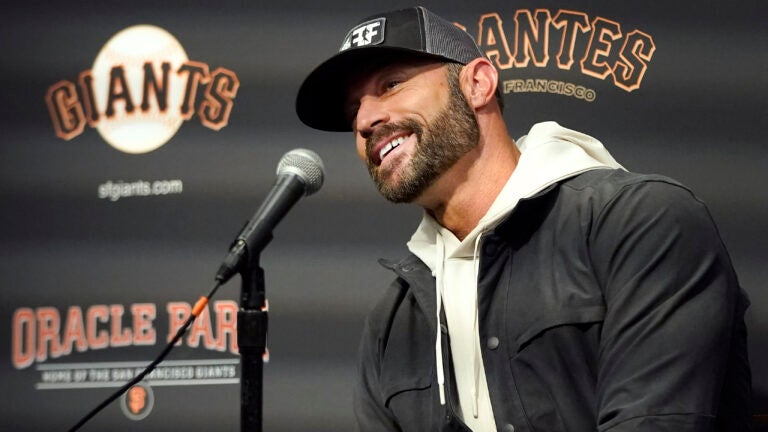