“Stay woke,” as the kids — and Deval Patrick — say, is becoming one of the former Massachusetts governor’s favorite lines.

“I will, as the kids say, ‘stay woke,'” Patrick wrote to supporters in 2016 following the election of President Donald Trump.

“I think if we stay vigilant, or as the kids say ‘stay woke,’ and stay engaged and start to turn our frustration with this outcome toward a more positive agenda about what it is we want, then we’ll be more than fine, we’ll start to rebuild our democracy,” he told a crowd in the Berkshires last year.

That said, the woke should also be conscious of the fact that not everyone has reached the same point of social awareness, according to Patrick.

Now a managing director of Bain Capital’s social impact fund, the 60-year-old former governor and potential 2020 presidential candidate appeared earlier this week at the Conscious Capitalism conference in Dallas. According to Fortune, Patrick spoke Monday about everything from the social investment work he’s doing at Bain to the acts of kindness he has received in life, such as when a Chicago bus driver gave him a ride as a 15-year-old — even though he didn’t bring enough money for the increased fare.

Patrick reportedly said he viewed the bus driver’s good faith as a sort of investment in himself as person, later adding that people should allow space for others to grow.

“The woke need to make room for the still waking,” he said, according to Fortune. “We all need that grace.”

Patrick left the governor’s office in 2014 and joined Bain in 2015, where he has since directed investments in a Planet Fitness gym affiliate working to address “fitness desserts,” an organic waste recycling company in Texas, a medicine company focused on underserved communities, and several sustainable restaurants. Earlier this year, he told a local radio station in Kansas City that a run for the Democratic presidential nomination in 2020 was something that was “on my radar screen.” 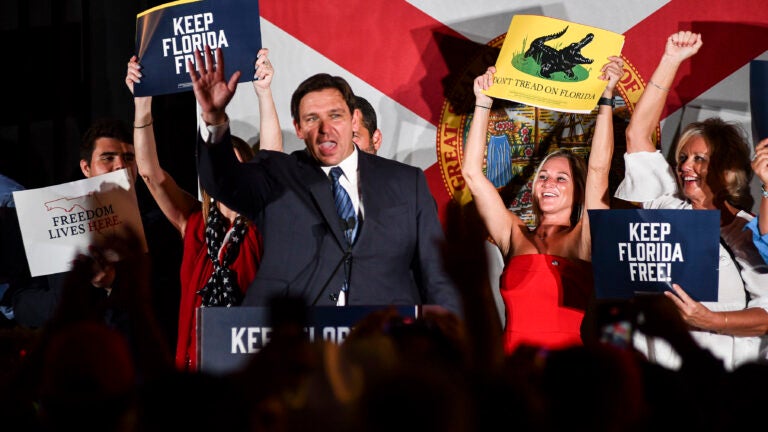