WASHINGTON (AP) — Before taking office, President Donald Trump railed against the pharmaceutical industry and accused it of “getting away with murder.”

The populist rhetoric appears to be giving way to a more nuanced strategy focused on simplifying the secretive, complex system for setting U.S. drug prices, which are the highest in the world. It’s an approach that would avoid a direct confrontation with the powerful pharmaceutical lobby, but it could also underwhelm Americans seeking relief from escalating prescription costs.

On Friday, Trump is scheduled to give his first speech on how his administration will seek to lower drug prices.

Public outrage over drug costs has been growing for years, because Americans are being squeezed in a number of ways: New medicines for cancer and other life-threatening diseases often launch with prices exceeding $100,000 per year. Drugs for common ailments like diabetes and asthma routinely see price hikes around 10 percent annually. Meanwhile some companies have been buying up once-cheap older drugs and hiking prices by 1,000 percent or more.

As a candidate, Trump pledged to use the power of the federal government’s Medicare health program to directly negotiate lower prices with drugmakers. As president he has backed away from major reforms and staffed his administration with appointees who have deep ties to the industry, including his health secretary, Alex Azar, a former top executive at Eli Lilly.

Still, administration officials ratcheted up the rhetoric ahead of Trump’s speech. Azar promised bold action. FDA Commissioner Scott Gottlieb — another Trump appointee with industry connections — hinted at a plan to “dismantle” the convoluted system of discounts and rebates between drugmakers and health care middlemen.

Here are some of the drivers of U.S. prescription drug prices, proposals for reducing the costs and what’s at stake:

Drugmakers generally can charge as much as the market will bear because the U.S. government doesn’t regulate medicine prices, unlike most other countries.

Medicare is the largest purchaser of prescription drugs in the nation, covering 60 million seniors and Americans with disabilities, but it is barred by law from directly negotiating lower prices with drugmakers. Democrats have long favored giving Medicare that power, but Republicans traditionally oppose the idea.

The powerful pharmaceutical lobby has repeatedly fended off proposals that could lower prices, such as Medicare negotiations or importing drugs from countries that regulate pricing.

With no direct government price regulation, the primary check on prices comes from buyers in bulk — such as insurance companies and pharmacy benefit managers, which handle prescription coverage for insurers, employers and other big clients.

But because there are so many players in the fragmented system, the discounts achieved in the U.S. are generally far more modest than those in other countries.

The result is that the U.S. spends more on medicines than any other nation. In 2015, the U.S. spent $1,162 per person on pharmaceuticals, according to the Organization for Economic Cooperation and Development. That compares with $756 for Canada and $497 for the United Kingdom, both of which have government measures to control drug prices.

The U.S. system for pricing drugs is notoriously complex, so much that the “real” price for most medicines isn’t clear. Critics contend that this lack of transparency limits competition and drives prices higher.

Pharmaceutical companies often launch their drugs with high initial prices. But they argue list prices are merely a starting point for negotiations because they give substantial rebates and discounts to pharmacy benefit managers. Those price concessions are almost never disclosed and it’s unclear what portion actually flows back to consumers.

FDA Commissioner Scott Gottlieb and others say the lack of transparency in the current system creates perverse incentives in which drugmakers and other health care companies benefit from rising prices — at the expense of patients.

Trump officials have suggested requiring Medicare pharmacy benefit managers to share rebate payments with patients. Another proposal would do away with rebates altogether to encourage more upfront discounts in Medicare.

But the benefit managers and insurers say that they use rebates to lower health care premiums overall and that doing away with them would drive up costs.

Patents last longer in the U.S. than most countries, typically giving companies a dozen years of competition-free marketing after a drug launches. Most drugmakers increase their prices annually during this monopoly period, and until recently double-digit price hikes were the norm.

Drugmakers also have developed a number of techniques to block competitors from launching lower-cost generic drugs. Companies often tweak drug formulations to extend their patents. In other cases, companies directly pay would-be competitors to stay off the market in so-called “pay-to-delay” deals.

Gottlieb has promised a crackdown on some of these techniques used to “game the system.” He’s highlighted a practice in which drugmakers use tightly controlled distribution systems to prevent rival manufacturers from purchasing their drug. This effectively blocks the development of generic versions because generic drugmakers must test their products against the original medicine before they can win FDA approval.

A majority of Americans say bringing down prescription drug prices should be a “top priority” for Trump and Congress, according to recent polling by the Kaiser Family Foundation.

And experts who study drug pricing say it’s encouraging that the discussion around the issue has moved from outrage to sophisticated reforms. But some warn there is no guarantee that unraveling the current pricing-setting bureaucracy will lead to lower prices, because it all starts with drugmakers’ prices.

“Until we get closer to policy solutions that address the ability of drug manufacturers to set whatever price they want and increase prices year after year we may only be scratching the surface of this problem,” said Juliette Cubanski, a health care expert with the nonpartisan Kaiser Family Foundation.

Dan Mendelson, a health care consultant, said: “If they don’t address the cost that patients see at the pharmacy counter it’s not going to be seen as responsive.”

The Associated Press Health & Science Department receives support from the Howard Hughes Medical Institute’s Department of Science Education. The AP is solely responsible for all content. 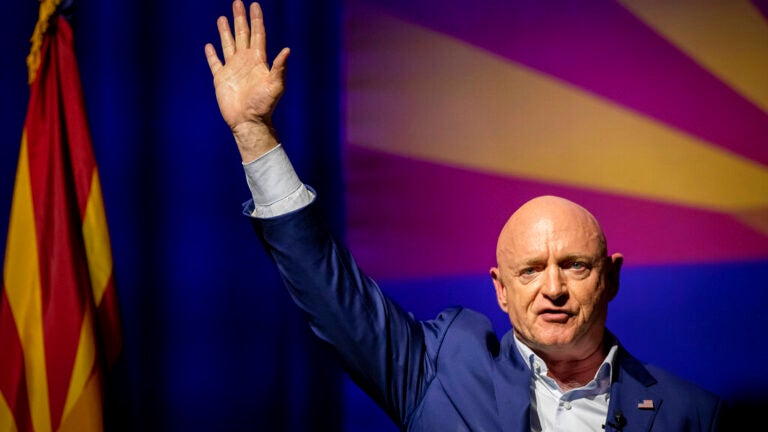