WASHINGTON (AP) — President Donald Trump is misrepresenting the scope of his executive order that would halt his administration’s policy of separating children from their parents when they are detained illegally crossing the U.S. border.

He suggests the order is a permanent solution. But the president is contradicted by his own Justice Department, which describes the effort as stopgap and limited by a 21-year-old court settlement under which the federal government essentially agreed not to detain immigrant minors longer than 20 days. Trump has instructed Attorney General Jeff Sessions to ask a federal court to overturn the settlement. But immigration advocates criticize that move as allowing a more indefinite detention of families until criminal and removal proceedings are completed, signaling legal battles ahead.

A look at Trump’s statement and the underlying facts:

TRUMP: “We’re keeping families together, and this will solve that problem.”

THE FACTS: It doesn’t solve the problem.

Trump’s executive order will continue his “zero tolerance” policy of criminally prosecuting all adults caught crossing the border illegally and will now seek to keep families together instead of separating them while their legal cases are heard by the courts.

But a 1997 landmark settlement known as the Flores agreement that generally bars the government from keeping children in immigration detention for more than 20 days remains in place. Trump is seeking to have the settlement overturned, but his Justice Department said Wednesday that the 20-day policy essentially remains in effect until Congress or the courts take action to change that.

That means without further action from Congress or the courts, the Trump administration could be forced to again separate the immigrant children from their parents in three weeks.

Trump’s order also requests that the Defense Department make facilities available on military bases to house detained immigrant families or to construct new facilities. Depending on the availability of space, his order does not indicate whether children will continue to remain separated from their parents while additional facilities are being built. 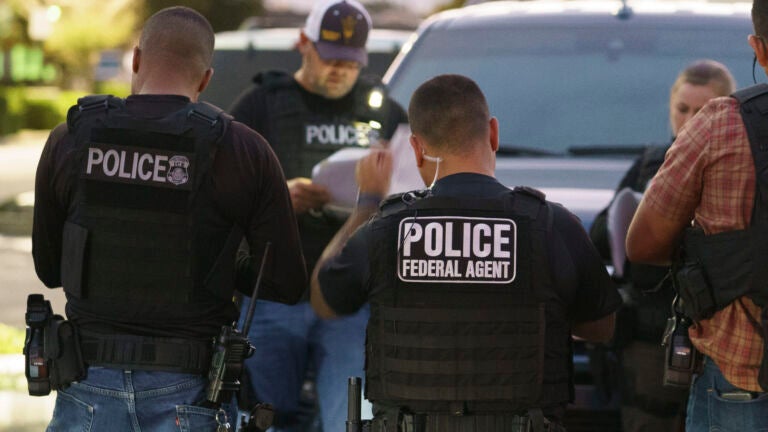