Liz Mair, a Republican political strategist with the Swamp Accountability Project, told McClatchy, which first reported on NEW PAC’s spending habits Thursday, that “Nunes has got to be one of about 15 people in his district that spends the NBA season rooting for the guys from Teddy Kennedy’s turf instead of local favorites.”

Despite growing up in his central California district, the congressman has reportedly been a Celtics fan since high school. According to a profile of Nunes in the Los Angles Times last year, he spent his teen years “adoring Larry Bird,” even though his home state has four NBA teams. Nunes retweeted a CelticsBlog article last year suggesting that Bird was the reason for his Celtics fandom.

Mair, whose group has been campaigning against Nunes, said the controversy–plagued congressman’s NBA allegiance is a moot point. The FEC prohibits campaign or PAC spending for “personal use” or gain, as campaign finance experts noted Thursday.

“The fact is, the FEC is not going to look favorably on a dude who uses his tax-exempt political entity like a personal slush fund, flying himself to Boston to watch them while apparently engaging in no activity relevant to the purpose of the political organization,” Mair told McClatchy.

Worst part about @DEVINNUNES using $15k in donor $ to buy @Celtics tickets? He should be rooting for the @Lakers or @SacramentoKings.
*Also: the @FEC bars spending campaign & PAC $ for personal uses, though conceivably the tix could have been for donors. https://t.co/HO9ILsoSAa

Nunes’s team contends that the tickets were relevant to the purpose of his political organization — namely, raising money.

Anthony Ratekin, the chief of staff for Nunes, called Thursday’s report “yet another baseless attack by McClatchy.”

“It insinuates wrongdoing while actually showing that Rep. Nunes has broken no rules and properly reported all expenses for his fundraising events, much of whose income he gives to help elect other Republicans,” Ratekin told Boston.com in a statement Thursday afternoon.

Ratekin would neither confirm nor deny Nunes’s attendance at the games. FEC records show that NEW PAC also spent money on several airline tickets on the same three days as the TD Garden payments. The purpose for the airline tickets is listed as “other.” NEW PAC also made a nearly $3,600 payment to Boston’s Omni Parker House Hotel on May 8, 2017.

According to a recent report by two campaign finance watchdog groups, the Campaign Legal Center and Issue One, Nunes is hardly the only member of Congress to uses his political group to buy sporting event tickets — as well as luxury travel, lodging, and resort stays.

“These expenditures, and many more, encapsulate how federal officeholders and candidates use so-called ‘leadership PACs’ to subsidize lavish lifestyles on their donors’ dimes,” the report said.

Last year wasn’t the first time that the California congressman’s group has spent big on the Celtics.

FEC filings from the previous cycles show that NEW PAC repeatedly made large payments to the TD Garden box office. In 2016, it paid more than $1,000 for “event room usage” for a fundraiser at the arena. In 2015, NEW PAC spent more than $10,000 on fundraising expenses, such as room usage, catering, and “facility rental.”

In fact, from 2010 to 2017, Nunes’s political organization has made more than $40,000 in such payments to the TD Garden box office, all for the purpose of fundraising.

And now, he’s giving other members of Congress ideas. 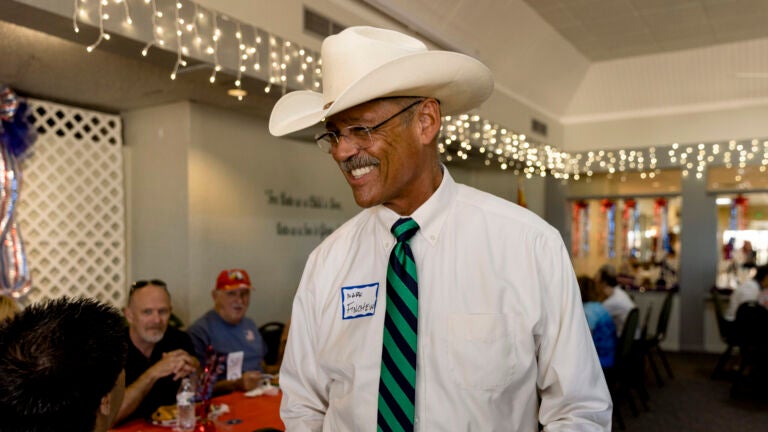