WASHINGTON (AP) — Ringed by a handful of cheering activist supporters, liberal House Democrats gathered outside the Capitol this week to announce they were forming a caucus to seek “Medicare for All” — shorthand for government-financed health care.

At the same time Thursday, Democratic senators were focused in a different direction. They were introducing a resolution aimed at rocking Republicans onto the defensive about Trump administration efforts to undermine former President Barack Obama’s health care law.

Don’t bet on either proposal going anywhere in the Republican-run House or Senate. But the deeper problem for Democrats is that the two messages —reinventing the nation’s health care system versus defending Obama’s popular statute— divide the party as it aims to win congressional control in this fall’s elections.

Promoting “Medicare for All” opens the door for Republicans to accuse Democrats of plotting tax increases, unaffordable federal costs and the loss of employer-provided coverage, these Democrats argue. They say it’s better to play offense by focusing on controlling medical costs and opposing GOP efforts to demolish the 2010 health care law.

“Every Democrat is being asked, ‘Do you support this or do you not?’ and it’s becoming a political wedge in an election year,” Rep. Kathleen Rice, D-N.Y., said of the “Medicare for All” drive. “And I think we should be focusing on the terrible things that are happening under this administration right now.”

“We can fix what we’ve got and that’s what we should be doing,” Sen. Joe Manchin, D-W.Va., said this week.

The new caucus has more than 60 members, nearly 1-in-3 House Democrats, including many from safely blue districts where liberal voters prevail. Backing “Medicare for All” lets them tap into activists’ fervor for universal health care that helped propel Vermont independent Sen. Bernie Sanders to an unexpectedly strong challenge to Hillary Clinton for the 2016 Democratic presidential nomination.

Rep. Pramila Jayapal, D-Wash., another leader, later said she backs a 2017 House bill providing free health care financed partly by boosting taxes on wealthy Americans. That bill has more than 120 Democratic co-sponsors. But she said her group’s goal is to build consensus for legislation it may introduce next year, with decisions remaining about costs, financing and other questions.

A similar bill by Sanders last year drew 16 Democratic co-sponsors, including at least four potential 2020 presidential contenders. Sponsors haven’t released price tags, but Sanders said a version he promoted during his 2016 campaign would have cost $1.4 trillion annually — a figure some analysts said was far too low.

“The only proposal here is a ‘Medicare for All’ caucus to figure out what the right proposal is,” Jayapal said.

That’s not stopping the GOP from getting ready to jump on the issue. By combing through candidate and newspaper websites, social media and other sources, Republicans have compiled quotes from around two dozen Democratic House challengers embracing “Medicare for All.” A Republican provided the information on condition of anonymity to disclose internal preparations.

“It would break Medicare,” said House Majority Leader Kevin McCarthy, R-Calif. “And it would end any private insurance as we know it.”

Trump and congressional Republicans tried repealing the ACA last year and failed. But they’ve taken incremental whacks at it, including cutting federal subsidies to many insurers, erasing the penalty for people who don’t buy insurance and opening the door to low-cost plans providing less coverage.

That’s exactly where many Democrats running in swing districts are concentrating their messages.

Democrat Clarke Tucker, challenging Arkansas GOP Rep. French Hill, said in an early TV ad, “I’ll stand up to anyone who tries to take your health care.” And Rep. Ami Bera, D-Calif., said in an interview, “I’d say we ought to focus on Republican efforts to undermine the ACA right now and the impact that’s had on costs going up.”

That was also the focus for Democratic senators in their resolution Thursday authorizing the Senate’s legal counsel to intervene in a lawsuit in which 20 GOP-led states allege the health care law is no longer constitutional.

Democrats want the Senate counsel to defend the protections for people with pre-existing problems. There’s little chance Republicans controlling the Senate will allow such a vote, which Democrats hope would put GOP senators in an uncomfortable position.

“This is a test of the Republican Party, whether or not they are going to do the right thing,” said Sen. Bob Casey, D-Pa. 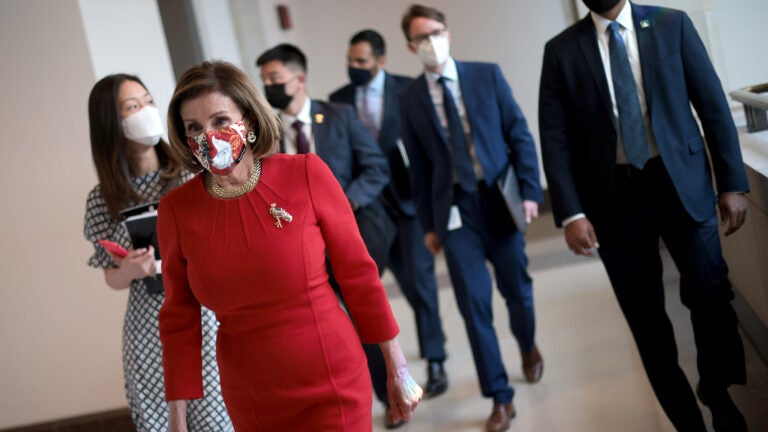