Koch, founder and chairman of the Boston Beer Company, which brews Sam Adams, was one of 13 corporate executives who met with the president at his Bedminster, New Jersey, golf resort Aug. 7 where he told Trump recent tax cuts help American breweries compete against foreign beer companies, which dominate the U.S. market.

“We were paying 38 percent taxes and competing against people who were paying 20,” Koch said, according to a White House transcript. “And now we have a level playing field, and we’re going to kick their ass.”

Curtatone, an eight-term Democrat and outspoken Trump critic, wrote on Twitter Sunday evening that he “will never drink Sam Adam’s beer again!” while retweeting a link to a Boston Business Journal story about Koch’s dinner with the president.

“We need to hold these complicit profiteers of Trump’s white nationalist agenda accountable!” he wrote in another of the three tweets he posted.

Hey Jim Koch! While you were thanking Trump for your tax break, did you happen to express any concern for the families separated under his cruel and inhumane immigration enforcement policy? @SamuelAdamsBeer https://t.co/UCywb9I7xE

Denise Taylor, director of Somerville’s Office of Communications and Community Engagement, told Boston.com Monday that Curtatone’s office had no further comment because he is out of the country and not available.

Curtatone and fellow Democrat, U.S. Rep. Jim McGovern, are on a trip to El Salvador and Honduras to shed light on living conditions in each country, with the intent the effort could help prevent Trump from ending Temporary Protected Status for immigrants from Central America, The Boston Globe reports.

Koch, who has been vocal in the past regarding the impact large foreign brewery conglomerates have on smaller American brewers, told Trump tax reform was a big issue for American companies because 85 percent of beer made in the U.S. is owned by foreign companies.

A spokesperson for the Boston Beer Company did not immediately return a request for comment from Boston.com. 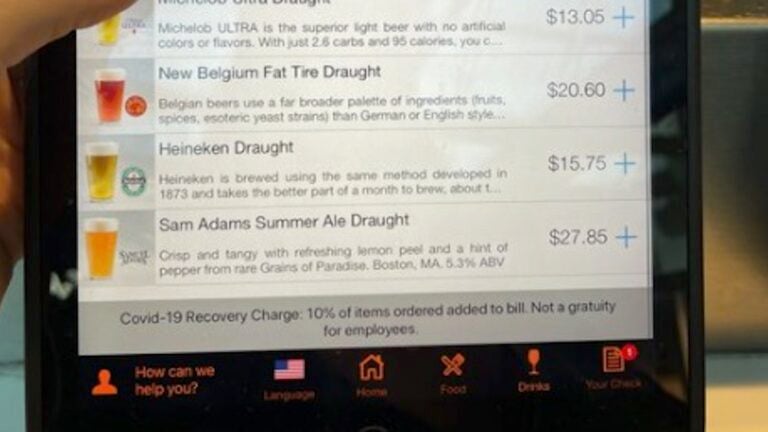