Last time Bill Galvin had a primary challenger, he basically ignored the guy. But perhaps sensing a more serious threat to his position this year, the Massachusetts secretary of state is taking the challenge from Boston City Councilor Josh Zakim head on.

The resulting clash has turned what has traditionally been a low-profile election concerning the nuances of election law and other unflashy aspects of state government into perhaps the state’s most nasty and personal race of 2018. But maybe that’s what we should have expected from a race involving the man once nicknamed the Prince of Darkness.

No matter Galvin’s thorny reputation, the 34-year-old Zakim — the son of Leonard Zakim, the longtime Boston civil rights leader for whom the city’s monumental I-93 bridge is named — has been on the aggressive since the beginning of his campaign. In the press release announcing his candidacy, Zakim implicated the longtime incumbent secretary of state, calling for “leadership on Beacon Hill focused on inclusion instead of exclusion.”

And he has only turned up the heat.

Peter Ubertaccio, a Stonehill College political science professor who’s been closely following the race, says Zakim’s strategy is part and parcel in his effort to raise his profile across the state in a normally looked-over race.

“The down-ballot, constitutional offices are not as visible to voters as a governor’s race or a member of Congress, so launching attacks are one way to raise your profile among the constituents that you feel like you need,” Ubertaccio told Boston.com. “If you’re Zakim, I think you have to fire up progressives around the state, and you have to bring the attack to Galvin.”

Centering his campaign around a number of proposed progressive voting reforms already adopted in many other states, Zakim has consistently blasted Galvin for supposedly not doing enough to increase turnout (Galvin argues that he has a long record of pushing incremental changes to make voting easier since he was elected in 1994).

“Bill Galvin, our current secretary who has served in the office for 24 years, is not fulfilling his responsibilities,” Zakim wrote in the Jamaica Plain News back in January, pointing to a 30 percent decrease in primary voting turnout since 2002 (a statistic which is somewhat misleading, since the 2002 primary election recorded a 12-year high in voting).

Following the decision to schedule this year’s state primary elections on Sept. 4, the Tuesday after Labor Day, Zakim even suggested that Galvin was intentionally suppressing voter turnout for the sake of political self-preservation. Galvin argued that his hands were mostly tied by state and federal election laws and that he chose the least worst option. But in an email to Boston.com at the time, Zakim said Galvin took “a cynical and disingenuous approach to scheduling elections.”

“The only plausible reason to do this is to keep turnout down, which has been happening in Massachusetts for far too long,” he wrote.

As Zakim came charging out of the gate, Galvin’s reactions quickly turned from dismissiveness to contempt — questioning the city councilor’s qualifications. In a December interview with the Boston Herald, Galvin cast Zakim as a “sneaky” political opportunist.

“The Boston City Council is sort of an incubator,” he told the Herald. “When you get paid that much to do so little I guess you have a lot of time on your hands.”

From there on, Galvin has continued to belittle Zakim, as well as the City Council. His campaign told the State House News Service in June that Zakim had “no qualifications for the office,” and, during their first and only televised debate last week, Galvin said that the “City Council has nothing to do with making law.”

“I know it’s a fantasy down there that you do, but you don’t,” he told Zakim during one of many heated exchanges.

But at the same time as Galvin has harshened his criticisms of Zakim, he’s also adopted some of his opponent’s positions. Since the beginning of Zakim’s primary campaign, Galvin has publicly backed same-day voter registration, automatic voter registration (which was recently signed into law), and even ranked choice voting — all proposals which Zakim had made central to his platform.

Ubertaccio says those moves were a tactful play by Galvin to cut off some of his opponent’s oxygen, but that they also precipitated a new front opening in the race.

“For Zakim to find a pathway to victory, you gotta find other ways to get at him,” Ubertaccio said.

Headed into the June convention, Zakim’s campaign began hitting Galvin for his record of voting to outlaw abortion as a state representative in the 1980s — even though, when pressed, he couldn’t point to a decision Galvin made or could make as secretary of state that would affect abortion rights. Nevertheless, Zakim has continued to raise Galvin’s anti-abortion record as a legislator in multiple campaign videos.

Zakim has moved on to other “core” progressive values, such as same-sex adoption and the prohibition of the death penalty, which Galvin voted against in the 1980s. In a recent interview with the Globe, Galvin did not dispute the votes, but said their circumstances were less clear-cut than they’re being made out to be. He also says he generally supports LGBT rights and outlawing the death penalty and thinks abortion is a “personal, moral issue.”

“On September 4, we have a choice, even if Bill Galvin doesn’t respect ours,” the video’s narrator intones.

For nearly 40 years in office, Bill Galvin has betrayed our core progressive values. Vote for Josh Zakim on September 4th.

Ubertaccio says that even though abortion rights have “nothing to do with the office, … it is a way for Zakim to point out among an electorate that is largely going to be pro-choice that Galvin is not one of them.” During the debate last week, Galvin characterized the attacks as “nothing more than an effort to distract.”

But of course, the Prince of Darkness has some distractions of his own.

During the two candidates’ combative debate, Galvin brought up the fact that Zakim didn’t vote in several Massachusetts primary elections while he was in college at the University of Pennsylvania. As someone running for the position that oversees elections and launching attacks over turnout, Zakim’s absenteeism was hypocritical, Galvin argued.

“You’re attacking me saying that I’m responsible for lower turnout in primaries, and you don’t vote,” he said.

Following the debate, Galvin fought back on the TV airwaves with a campaign ad dubbing his opponent: “No-show Zakim.”

“No-show Zakim,” a narrator says in the video. “He doesn’t bother to vote. Let’s not vote for him.”

As the Globe reported Thursday, Galvin’s team says that Zakim missed a total of 16 elections as a resident of Newton, before he changed his voting address to Boston in 2011. Zakim’s campaign didn’t dispute the tally, but likened the line of attack to the 67-year-old Galvin yelling “get off my lawn.”

Both candidates have put tens of thousands of dollars into buying TV airtime for the videos, fueling an increasingly feisty ad war as the secretary of state race turns into the final stretch. The two candidates are scheduled to debate again Friday afternoon.

“My opponent began the negative campaign,” Galvin told Politico earlier this week. “We will respond to whatever we are confronted with.”

That’s a marked change in approach compared to Galvin’s last primary challenge in 2006, in which he didn’t even bother to show up to debate Amherst lawyer John Bonifaz. On the other hand, Zakim, who has received the state Democratic Party’s endorsement and far more establishment support, represents a far more serious threat . And in deep-blue Massachusetts, the primary election will likely be the only venue in which Galvin could feasibly lose, according to Ubertaccio (apologies, Anthony Amore).

“It’s awfully hard to unseat an incumbent, but I think [Galvin] recognizes that in Zakim — that’s going to be the most spirited challenge he gets,” Ubertaccio said. “He’s gotta fight back in order to keep the seat.” 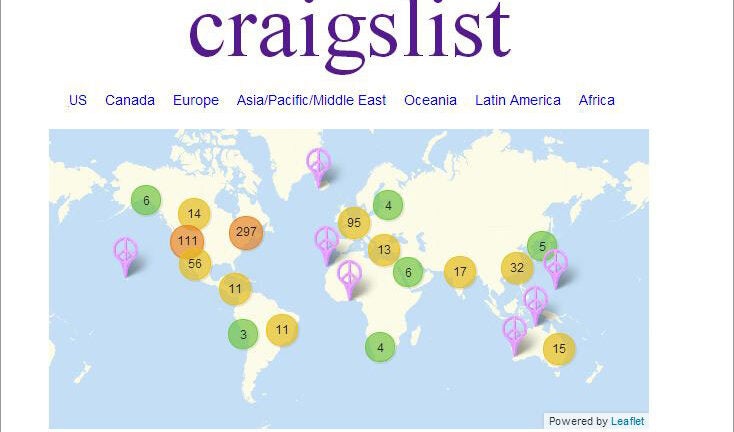