In an interview with Fox News anchor Martha MacCallum that aired Thursday evening, Sen. Susan Collins said she faced “tremendous pressure” and was up against “horrible tactics” and “abuse” — including her being sent an envelope with a white powder and an accompanying letter implying that the substance was anthrax — leading up to her decision to vote to confirm Judge Brett Kavanaugh to the Supreme Court.

But while on “The Untold Story,” the Maine Republican voiced that any form of intimidation would never be successful in convincing her to vote a particular way, and that she had viewed the nomination process as a “really critical point for our country.”

“And if we were going to throw overboard the presumption of innocence despite the complete lack of corroborating evidence — even from Dr. [Christine Blasey] Ford’s best friend — and if we were going to dispense fairness, the rule of law, and due process, I really feared for what our country would become,” Collins told MacCallum.

As a result, Collins said she did what she “felt was right” and voted “yes” on Kavanaugh, despite the consequences she said she may face because of it.

“The easier vote, politically, clearly would have been for me to vote ‘no.’ But that would not have been the right vote,” she said. “My job as a United States senator is to apply my best judgment and that’s what I did in this case despite tremendous pressure, horrible tactics, abuse of my family, my staff, and myself — but I really won’t ever be intimidated.

“I have to do what I think is right. And I’ll let the chips fall where they may.” 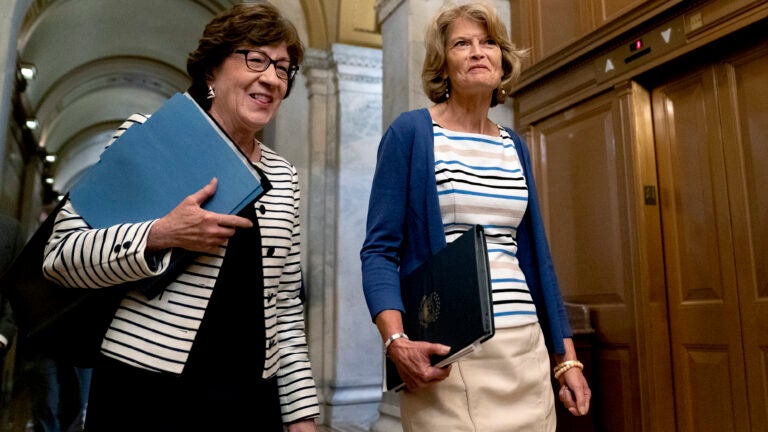 Collins and Murkowski, GOP senators who support abortion rights, introduce their own bill