WASHINGTON (AP) — Washington Post reporter Jason Rezaian told a federal court on Tuesday that he was arrested by Iranian authorities, subjected to a sham trial and held for 18 months purely as a way to gain leverage over the American government in nuclear negotiations.

Rezaian, 43, testified as part of a multimillion dollar lawsuit against the Islamic Republic. He told the court his interrogators forced him to confess to spying under extreme psychological duress. He also testified that his interrogators made it clear he was being used as a political bargaining chip and that he would be released “when the Americans give us what we want.”

The child of an Iranian father and American mother, Rezaian holds dual citizenship. The Iranian government, however, does not recognize dual citizenship and has frequently targeted dual citizens with espionage-related charges. Rezaian, who was The Post’s Tehran bureau chief at the time, said he believes he was targeted simply because “I was a high-profile dual national Iranian citizen.”

Rezaian and his Iranian-born wife, Yeganeh Salehi, were arrested on July 22, 2014. She was released after two months, but Rezaian spent 18 months in jail, including nearly 50 days in solitary confinement. He was released on Jan. 16, 2016, as part of a mass prisoner swap on the day the nuclear accord between Iran and global powers was implemented.

He told the court he was frequently interrogated, subjected to psychological torture and threatened with execution. The evidence presented against him during his interrogations and trial, he said, essentially consisted of his own articles for The Post plus his schedule of regular interviews with government officials and activists.

During 49 days of solitary confinement and daily interrogations, Rezaian said he “quickly became disjointed from reality,” and at times contemplated suicide.

“The first time I met the judge, he told me that he was going to sentence me to death,” Rezaian told the court.

He testified that he eventually confessed to spying during his interrogations, but once inside an Iranian courtroom, he made it clear that those confessions were induced under extreme psychological duress.

Rezaian now lives in Washington and writes for The Post’s Global Opinions section. He said he still suffers lingering psychological trauma and anxiety.

“I’m doing a little better now than at the time of my release, but I’m still not the person I was when I was taken captive,” he said.

The Iranian government has never responded publicly to Rezaian’s lawsuit. At Tuesday’s evidentiary hearing, several lawyers for Rezaiansat at one courtroom table while the other counsel table sat empty. 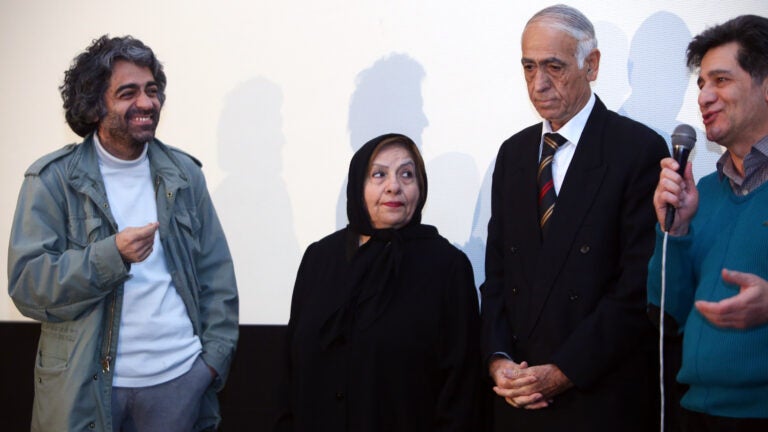 They were the nice, older couple next door. Then the first body turned up.