WASHINGTON (AP) — The Environmental Protection Agency’s enforcement chief on Tuesday defended the Trump administration’s work, despite a report by her own agency showing that civil and criminal crackdowns on polluters have dropped sharply in the past two years.

Assistant administrator Susan Bodine, who heads the office of enforcement, said the idea that EPA is soft on enforcement is “absolutely not true,” adding that the agency is giving states a greater role in regulation and enforcement and stressing education and voluntary compliance by companies.

Bodine told a House subcommittee that a media “narrative” about lax enforcement “discredits the tremendous work of the compliance and assurance staff” at EPA.

“A strong environment program doesn’t mean we have to collect a particular dollar amount or pick up a number of penalties,” Bodine said.

But Rep. Diana DeGette, D-Colo., said EPA’s own statistics show an agency that’s “sitting on its hands” and “giving polluters a free pass. And it’s putting our health and environment at risk.”

When EPA enforcement activities go down, “pollution goes up. That’s a fact,” said DeGette, who chairs an Energy and Commerce subcommittee on oversight and investigations.

The EPA has been one of the most active agencies in carrying out President Donald Trump’s deregulatory goals. Environmental and public-health groups say the business-friendly rollbacks place public health and the environment at greater risk, a claim Democrats repeatedly made at Tuesday’s hearing.

The hearing was the first oversight hearing on EPA since Democrats reclaimed the House majority last month.

Congress has enacted a series of laws to protect health and the environment, “and this panel will not sit back and allow this administration to simply ignore those laws,” DeGette said. “We expect the EPA to do its job.”

The latest numbers from EPA show its overall enforcement activities for 2018 were at historically low levels, according to an agency report earlier this month.

The EPA assessed polluters a total of $69 million in civil penalties in the fiscal year that ended Sept. 30, the lowest dollar amount since EPA created the enforcement office in 1994, the report showed.

Inspections and evaluations dropped to about 10,600, half the number EPA conducted at its peak in 2010.

Civil investigations carried out by the agency declined to 22 last year, down from 40 in 2017 and 125 in 2016, the last year of the Obama administration.

Criminal fines and restitution tumbled, from $207 million in 2016 and $3 billion in 2017, which includes a $2.8 billion fine against Volkswagen over emissions-rigging in a case initiated under the Obama administration — to $86 million last year.

Rep. Frank Pallone, who chairs the full energy panel, told Bodine there was “no way to sugarcoat these numbers.”

Pallone, D-N.J., said it appears that under Trump, the EPA “is relying on industry to voluntarily come forward and disclose when they are not in compliance” with federal laws.

Pallone scoffed at that idea and said EPA must have a robust enforcement presence, with active inspections and investigations and, where appropriate, referrals to the Justice Department.

Pallone and other Democrats questioned Bodine about reports that EPA has lost 17 percent of its enforcement staff since 2017. Bodine disputed that, saying the agency has 607 enforcement employees of 649 authorized by Congress. More inspectors are being hired, including eight in March, she said.

“Enforcement is a critical tool but it’s not an end to itself,” she said, adding that EPA uses a “carrot and stick” approach that ranges from helping companies better understand their obligations to supporting state enforcement actions “all the way to putting people in jail for knowing and egregious violations that endanger public health or the environment.”

“I think it’s fairly clear EPA is not doing its job as it should,” said Castor, who chairs a special House committee on climate change. 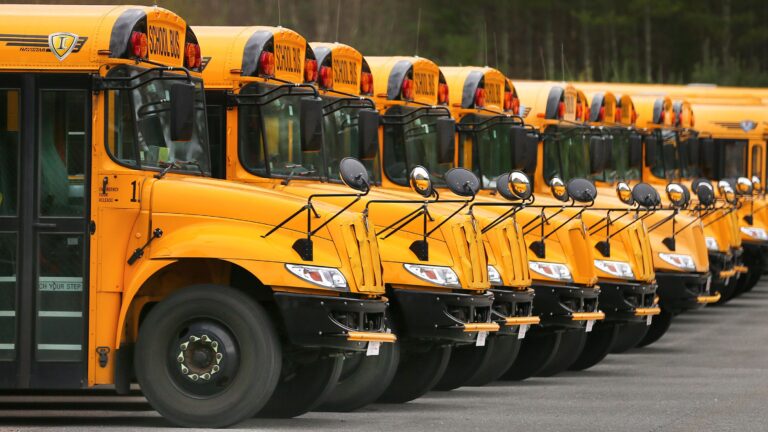