The idea of term limits for members of Congress has shown to have wide support among American voters. Sen. Elizabeth Warren is not on board.

Proponents of term limits say the proposal would force elected officials to act in the interest of their constituents, instead of self-preservation. A recently proposed constitutional amendment would restrict senators to two six-year terms and House members to three two-year terms. President Donald Trump even backed the idea during his 2016 campaign.

Warren says she gets the arguments — but thinks the seemingly populist proposal would actually empower special interests.

“Here’s the problem on term limits on folks in Congress — it makes them more dependent than ever on the lobbyists,” she told a town hall in Conway, New Hampshire, when asked about the subject.

The Democratic presidential candidate said that if representatives and senators, like her, only stayed in Washington, D.C., for two terms, lobbyists — who would “be there a lot longer” — would be the only ones who “know how the game is played.”

Sen. Elizabeth Warren campaigns in Conway, NH: “Here’s the problem on term limits on folks in Congress — it makes them more dependent than ever on the lobbyists.” pic.twitter.com/uBczX52vqQ

“It worries me that it will make them even more dependent on big money,” Warren said.

Studies have shown term limits — which have been implemented in 15 state legislative bodies — weaken the legislature’s power in relation to the executive branch and interest groups, while resulting in individual lawmakers becoming “less beholden to the constituents in their geographical districts and more attentive to other concerns.”

According to CNN, the Bay State senator went on to argue Sunday that not having term limits has allowed her to organize a grassroots campaign.

“When I ran in 2018, I wasn’t nearly as dependent because I knew people, people knew me in Massachusetts,” she said. “So instead, I took the money and started building grassroots. We had more paid organizers, so young people, people who’ve never done this before got a chance to become organizers.”

According to the Brookings Institution, there are also concerns that term limits increase novice legislators’ reliance on lobbyists and exacerbate the “revolving door” problem, due to “a predictable and consistently high number of former members available to peddle their influence.”

Warren’s opposition to term limits doesn’t mean she thinks Washington, D.C., is working particularly well. But she has a different solution. As the only 2020 candidate who has sworn off high-dollar fundraisers, Warren argues the real issue is the influence of money in politics.

“The wealthy and well-connected have been taught by politicians to expect that more money buys more access — they’ve done it for generations, and it too often closes out women and communities of color,” she wrote in a Medium post last month. “We have to do things differently.”

Warren also introduced an anti-corruption bill that would impose new ethics rules on members of all three branches of government. 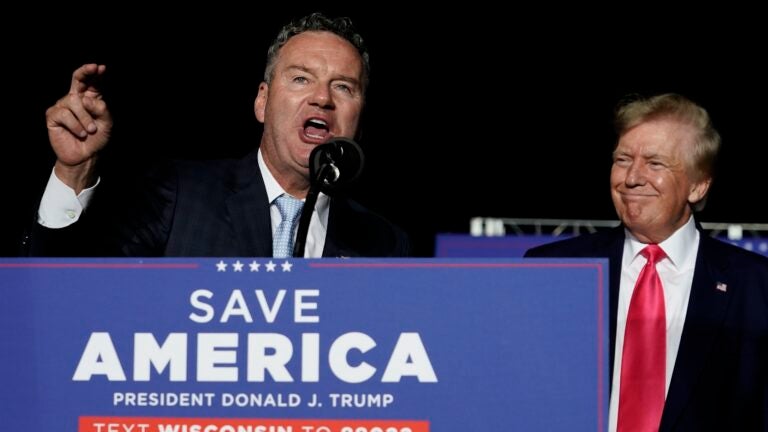