Sen. Elizabeth Warren has repeatedly introduced legislation to give taxpayers the option of letting the government file their taxes for them free of charge, collectively saving the country millions of hours and dollars each spring.

However, a new bill backed by Rep. Richard Neal, a fellow Massachusetts Democrat, would preclude that from ever happening.

Last week, both Republicans and Democrats in the House Ways and Means Committee, which Neal chairs, voted to advance the Taxpayer First Act, a bill that supporters say would implement “commonsense” reforms to modernize the Internal Revenue Service.

“Provisions in this bill protect low- and moderate-income taxpayers, create sensible enforcement reforms, and ensure the IRS provides taxpayers and small businesses the assistance they deserve,” Neal said in a statement at the time.

However, it would also do something else. As the nonprofit news organization ProPublica reported Tuesday, the bill includes a provision that would ban the IRS from ever creating a free online tax filing system — the exact sort of service for which Warren has long advocated.

According to ProPublica and others, tax preparation giants, like Intuit, the maker of TurboTax, and H&R Block, have intensely lobbied in previous years against any form of free government tax filing system, which would directly compete with their services.

Currently, the IRS has a partnership with the private tax-filing software companies called “Free File,” which offers free services to those making less than $66,000 — roughly 70 percent of American taxpayers. The Taxpayers First Act would codify that relationship.

Last week, Neal called himself a “long-time champion of the Free File program.”

Warren is not. As her office has pointed out in the past, only 3 percent of the estimated 100 million Americans eligible for Free File actually use the service, due to a “maze of offerings” that often confuses users into purchasing additional — and, according to Warren, unnecessary — products. The Bay State senator opposes the Taxpayer First Act, which was also recently introduced in the Senate.

“I have for years been seriously concerned about Free File, a failed, ineffective program that puts narrow corporate interests above taxpayers who are unnecessarily forced to spend hours and hundreds of dollars on tax preparation each year,” she said in a statement Tuesday to Boston.com.

“Congress should be making it easier – and less expensive – for Americans to file their taxes,” Warren added.

Neal’s office did not immediately respond to requests for comment Tuesday.

In addition to the Springfield congressman, Warren’s opposition put her at odds with 17 other fellow Democrats in the House, including Rep. John Lewis, the main sponsor of the bill. Ten Republicans are also sponsoring the House bill.

During Warren’s first term in the Senate, the Democratic senator and now-presidential candidate twice introduced her proposal to direct the IRS to create a free, online tax filing service. Since the IRS already receives employees’ W-2 forms from employers, the system would allow the vast majority of taxpayers who do not itemize deductions to let the government file their tax returns for them.

The concept of return-free filing has also previously been endorsed by Ronald Reagan and Barack Obama. According to the Tax Policy Center, 36 countries, including Germany, Japan, and the United Kingdom, have some form of the system. 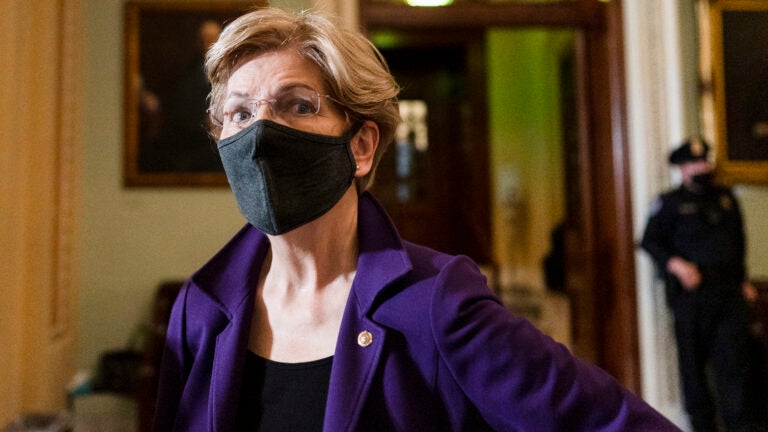