Not long ago, Rep. Alexandria Ocasio-Cortez was working at a Manhattan taqueria. Now, she’s on Time magazine’s 2019 list of the world’s 100 most influential people.

“And she’s just getting started,” Sen. Elizabeth Warren wrote for the magazine Wednesday, praising the New York congresswoman as a “fearless leader” fighting against a “rigged system.”

The Massachusetts senator and 2020 presidential candidate traced Ocasio-Cortez’s commitment to “demonstrating what an economy, a planet and a government that works for everyone should look like” back to 2008, when her father died of lung cancer at the age of 48 in the midst of the financial crisis.

“Her family fell off a financial cliff,” Warren wrote. “She watched as our government bailed out Wall Street while it ignored families like hers. She learned the hard way that in America today, Washington protects the powerful while leaving hardworking people behind.”

Ocasio-Cortez, who was sophomore pre-med student at Boston University at the time, has said the tragedy played a pivotal role in her decision to instead pursue politics as a career. In 2018, she launched a long-shot primary campaign against incumbent Rep. Joe Crowley, a fixture of the Democratic establishment, and pulled off a shocking upset to become the youngest woman ever elected to Congress.

The 29-year-old has since introduced a Green New Deal resolution with Massachuetts Sen Ed. Markey, and become a star of the American political left (as well as an obsession of right-wing media). Warren, who has been on the Time 100 list herself in recent years, suggested that Ocasio-Cortez’s ascent is a reminder of the populist themes she has also highlighted in her political career.

“A year ago, she was taking orders across a bar,” Warren wrote. “Today, millions are taking cues from her. She reminds all of us that even while greed and corruption slow our progress, even while armies of lobbyists swarm Washington, in our democracy, true power still rests with the people.”

Quoting the senator, Ocasio-Cortez thanked Warren on Twitter for her praise Wednesday morning.

“Couldn’t be more honored and humbled to read these words from a woman I admire so deeply,” she wrote.

“Even while greed and corruption slow our progress … true power still rests with the people.“ – @ewarren

Couldn’t be more honored and humbled to read these words from a woman I admire so deeply.

Thank you, Senator Warren, for your tireless fight for working families. https://t.co/JX0frVYPTJ

The two Democrats met in person last month — and subsequently joked about the media coverage the lunch received. Ocasio-Cortez, who was an organizer for Sen. Bernie Sanders’s 2016 campaign, has not yet backed anyone in the 2020 presidential race. 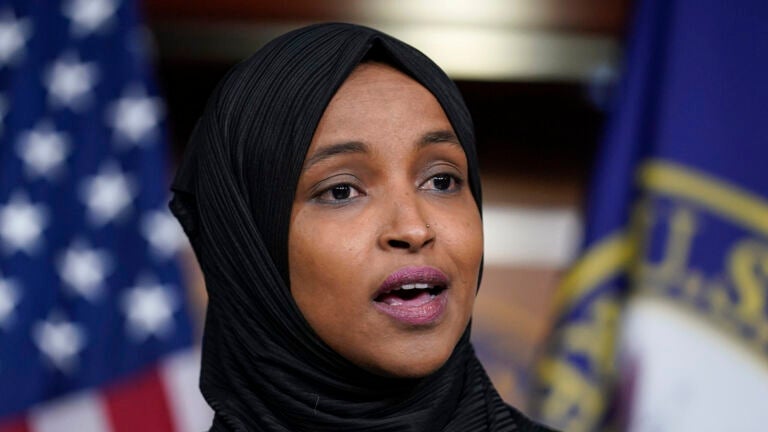