Rep. Seth Moulton kicked off his campaign in the 2020 presidential race with an appearance on “Good Morning America,” where he told host George Stephanopoulos what differentiates his bid from the other Democrats in the running.

“I’m running because I’m a patriot, because I believe in this country, and because I’ve never wanted to sit on the sidelines when it comes to serving,” the Salem Democrat said. “That’s why I joined the Marines, it’s why I ran for Congress — to try and prevent what I saw got us into Iraq from happening again — and it’s why I’m running to take on the most divisive president in American history, to bring this country back together.”

“I’m here to tell you and to tell America that I’m running for President of the United States.” @sethmoulton tells @GStephanopoulos he will be joining the 2020 Democratic field. https://t.co/vWsCBmiFTT pic.twitter.com/RMNlRFIZ5q

Moulton, 40, is the third Massachusetts politician to jump into the run for the White House, joining fellow Democrat Sen. Elizabeth Warren and former Bay State Gov. William Weld, a Republican.

The Iraq War veteran said he plans to focus on the issues of patriotism, security, and service.

“These are issues that for too long Democrats have ceded to Republicans, and we’ve got to stop that,” he said. “Because this is actually where Donald Trump is weakest.”

“I’m going to talk about patriotism, about security, about service…these are issues that for too long Democrats have ceded to Republicans.” @sethmoulton says this will set him apart from the other Democrats in the field. https://t.co/vWsCBmiFTT pic.twitter.com/xkXhC5THTS

Moulton said after reading special counsel Robert Mueller’s report on the investigation into Russian interference in the 2016 presidential election, he does believe Trump obstructed justice. He said that while he doesn’t think it is “the right time” to vote on impeachment, it is a debate that should have started last year.

“I think our party made a mistake by waiting until there would be some smoking gun in the Mueller report,” Moulton said. “And there’s not a big smoking gun like we were hoping for. There is a big smoking gun about our national security. We all should be asking — Democrat, Republican alike — why Putin wanted Trump elected. That’s the big question coming out of this report.”

“We should be having this debate and we should have been having it last year.” @sethmoulton says he believes Pres. Trump did obstruct justice after the Mueller report findings. pic.twitter.com/A9dhPhM58Y 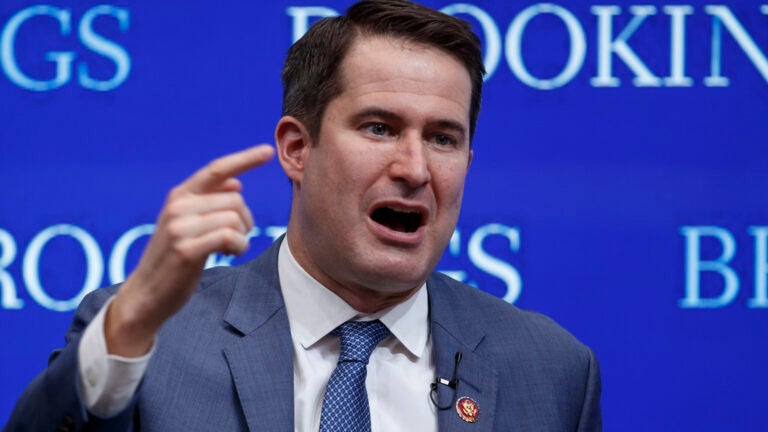