WASHINGTON (AP) — Elizabeth Warren has a habit that she doesn’t talk about a lot on the campaign trail: working with the GOP.

The Massachusetts Democrat is running for the White House on an unapologetically liberal platform that includes a tax on the ultra-wealthy and universal child care. But in Washington, she’s partnered with at least one Republican on 39% of the bills she’s introduced as chief sponsor since becoming a senator in 2013. That’s according to an Associated Press analysis of legislation using GovTrack, an independent clearinghouse for congressional data.

Warren’s record suggests that beyond her calls for a reshaping of the nation’s political and economic systems, she’s been able to work across the aisle on less headline-grabbing policies. Her share of bills with Republican support ranks her closer to Sen. Amy Klobuchar, the Minnesota Democrat who’s made bipartisan appeals a central theme of her 2020 campaign, than to Bernie Sanders, whose liberal persona more closely aligns with Warren.

In a recent interview, Warren touted her semi-regular practice of working with GOP senators.

“I will find places where I can work with Republicans to serve the American people,” she said.

“But there are times when I have to fight,” she added. “When Republicans want to take away health care for 20 million people, I’m not there to compromise and say, ‘How about if you only take it away from 10 million?'”

Liberal policy prescriptions such as “Medicare for All” and the Green New Deal have dominated the early days of the Democratic primary, reflecting the rising influence of a party base fed up with incremental change. But in a closely divided nation where presidential elections are often narrowly won, a record of partnership with Republicans could prove to be an asset for any Democrat who wins the nomination and seeks to gain support from moderate voters.

And if a Democrat wins the White House, some history of working across the aisle could prove useful. Even under the best-case scenario for Democrats, the party won’t have the 60 votes necessary to steer most ambitious legislation past a GOP filibuster.

“It’s not out of the realm (of possibility) that a Democratic president could find some common ground or space in which to reach agreement with a Republican Senate, let’s say, but the hurdles are pretty high,” said Sarah Binder, a George Washington University political science professor who specializes in studying Congress.

Of course, examining the legislation that Democratic presidential candidates have introduced with GOP support offers only a snapshot of successful legislating. The nonpartisan Center for Effective Lawmaking ranked Klobuchar fifth among all senators during the last session of Congress, using its own synthesis of fifteen factors that include the number of bills each lawmaker got passed.

Klobuchar’s high rating on that scale is a rare feat for a member of the minority party, and her share of legislation introduced with GOP support underscores her good relationships with the opposition. The Minnesotan has drawn Republican backing for 50% of the bills she’s introduced since becoming a senator in 2007.

“No matter what happens in terms of the Senate, and I very much hope we take it over” next year, Klobuchar said in a recent interview, “you’re going to have to have a president that’s able to work with both sides of the aisle to get things done. And I can do that.”

Sanders has drawn GOP backing for 19% of legislation he introduced as chief sponsor since entering Congress in 1991 — a share that drops to 8% when solely considering his 12 years in the Senate. California Sen. Kamala Harris has counted Republican co-sponsors on 16% of her legislation since her election, while New York Sen. Kirsten Gillibrand’s share comes in at 22% and New Jersey Sen. Cory Booker’s share of such bipartisan bills is 27%, according to AP’s analysis.

For the purposes of this story, AP did not count legislation that had a largely ceremonial effect, such as bills designating commemorative days or outlining Congress’ nonbinding views on certain issues.

In the House, the stronger hold on power by the majority party can produce fewer incentives to work across the aisle. But presidential candidate Beto O’Rourke, a former Texas congressman, counted GOP support on 68% of the bills he introduced during three terms in office.

Other sitting or former House Democrats running for president in 2020 fall below O’Rourke in terms of their share of bills introduced with GOP support.

California Rep. Eric Swalwell has counted Republican support for 39% of his legislation over the course of his career, while Ohio Rep. Tim Ryan has a 39% career-long share of bills with bipartisan backing. Hawaii Rep. Tulsi Gabbard has counted GOP supporters on 43% of her bills, former Washington Rep. turned Gov. Jay Inslee netted bipartisan backing for 50% of his total career legislation and former Maryland Rep. John Delaney netted GOP backing for 60% of such bills he introduced while in office.

While Warren doesn’t talk as much as Booker or Klobuchar about common ground with Republicans, her career-long share of bipartisan legislation is higher than the 37% tallied by former Vice President Joe Biden, a far more centrist Democrat known to partner across the aisle during his decades in the Senate. And when asked for an example of work with the GOP, Warren readily offered one that she’s cited on the campaign trail: legislation she authored with Iowa GOP Sen. Chuck Grassley to facilitate sales of over-the-counter hearing aids, bringing down their cost for millions of Americans with impaired hearing.

“That’s what government should be about,” Warren said. “I love this.”

Princeton University history professor Julian Zelizer predicted that Warren’s interest in working with her political opponents at times could benefit her even with a Democratic base itching for a fight with the GOP.

“She can use this as an asset without going too far — say, ‘you know my principles, you know my issues, but I actually can put together some record with Republicans,'” he said. 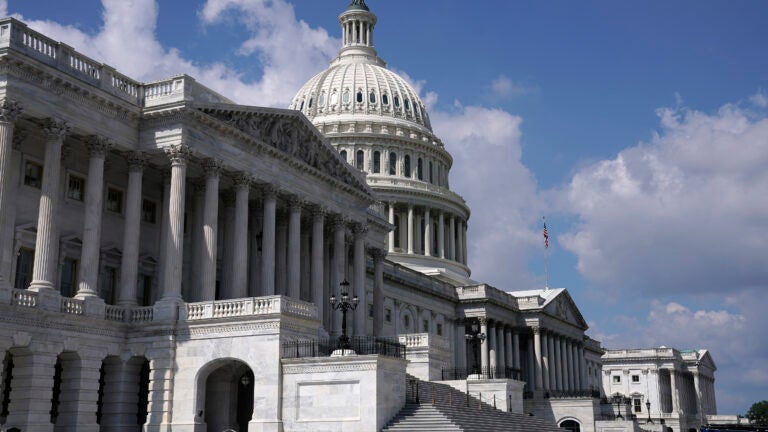