Treasury Secretary Steven Mnuchin said Wednesday that a new $20 bill, with Harriet Tubman’s portrait, will not come during the Trump Administration.

In a tense exchange with Rep. Ayanna Pressley, Mnuchin stressed that the department is prioritizing upgrading the security features of the nation’s currency, thereby pushing back Obama-era plans to release designs for a bill fronted by the iconic abolitionist leader by 2020.

“The primary reason that we’ve looked at redesigning the currency is for counterfeiting issues,” Mnuchin told Pressley during a House Financial Services Committee hearing. “Based upon this, the $20 bill will now not come out until 2028. The $10 bill and the $50 bill will come out with new features beforehand. … It is my responsibility now to focus on what is the issue of counterfeiting and the security features.”

In 2016, then-Treasury Secretary Jack Lew announced the anticipated updates — including plans to replace President Andrew Jackson with Tubman on the $20 bill — on the heels of an online campaign pushing to have a woman featured on the bill.

A design was expected to be unveiled next year to coincide with the 100th anniversary of the 19th Amendment, which extended the right to vote to women.

Donald Trump, a candidate for the presidency at the time, called the move “pure political correctness” and suggested Tubman grace the $2 bill instead.

Since Trump took office in 2017, the Treasury Department had not committed to whether it would follow through with the plans.

Some Congressional lawmakers have taken to renewing the effort on their own. After a failed attempt two years ago, a bipartisan bill that would require the change has been refiled.

.@RepPressley: “Do you support Harriet Tubman being on the $20 bill?”

Secretary @stevenmnuchin1: “I’ve made no decision as it relates to that.” pic.twitter.com/LuDNEhiEFH

On Wednesday, Mnuchin said a decision on updating the look of the $20 bill will likely be made by a future secretary in 2026.

He repeatedly stressed his focus on enhancing security features — which will be ready by 2020 — before Pressley asked point blank whether he supports putting Tubman on the bill.

“I’ve made no decision as it relates to that,” Mnuchin said.

At other times in her questioning, Pressley asked Mnuchin if he believes “representation matters in American politics and imagery” and if he believes  “people other than white men have greatly contributed to its country and its history?”

In both his answers, Mnuchin said he does, but would not say whether that diversity should be reflected on the nation’s currency.

Tubman, born into slavery as Araminta “Minty” Ross around 1820, escaped to freedom in 1849 and changed her name.

A conductor of the Underground Railroad, she repeatedly returned to the South over the course of a decade, leading over 300 slaves to freedom and later went on to serve as a spy in the Civil War before her death in 1913.

“People other than white men built this county,” Pressley wrote on Twitter Wednesday. “And Sec Mnuchin agrees, yet he refuses to update our #currency. #HarrietTubman #MarianAnderson & #EleanorRoosevelt are iconic Americans & its past time that our ? reflects that. #RepresentationMatters” 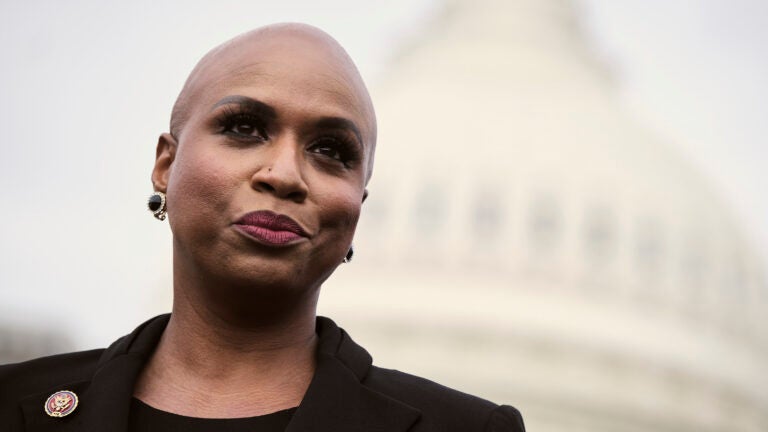 'We're talking about our children': On gun control, Ayanna Pressley says bipartisanship is 'not the goal'