WASHINGTON (AP) — A $19 billion disaster aid bill that’s still crawling through Congress highlights the inconsistency of lawmakers, mostly conservatives, who stood resolute against such aid six years ago but demand it now that their states are under water.

Then, relative GOP newcomers like Sens. Ted Cruz of Texas, Roy Blunt of Missouri, Marco Rubio of Florida and Tim Scott of South Carolina swung against a huge, $50 billion-plus Sandy relief bill that passed Congress in the aftermath of Barack Obama’s reelection, lambasting Democrats and others for swelling the measure with bloat.

Last week, all of them — and others — cast “aye” votes in a quick tally taken as senators dashed out of Washington for recess. The 85-8 vote came after President Donald Trump’s endorsement and signaled a brushback pitch of sorts to a White House that neither side saw as helpful throughout the process.

For one-time opponents of disaster largess, it’s been a long, sometimes arduous trek to endorsing it so unreservedly. The path has been dictated by the hurricanes, tornadoes, wildfires and floods that have slammed Red State America in the years since Superstorm Sandy struck the Democratic bastions of New Jersey, New York and New England in 2012.

The same political maps that Trump likes to display that show wide expanses of less-populated regions of the country like the Midwest, the rural South, and the Gulf Coast registering solidly for him also track with recent disasters. Now, the desperate cries for help are coming from across Georgia, Iowa, Nebraska and the Florida Panhandle, whose residents and representatives tend to be Trump loyalists.

“Unfortunately, more clowns showed up today to once again delay disaster relief for the states and farmers devastated by the storms of 2018,” said Georgia GOP conservative Rep. Austin Scott, who opposed the Sandy measure in a 2013 tally in which 179 House Republicans voted no. “This bill will pass the House next week, and President Trump will sign it.”

Scott made his remarks on Twitter Tuesday after House GOP conservatives for the second time held up fast-track passage of the current disaster aid bill.

Rep. Thomas Massie, R-Ky., freshman Rep. Chip Roy, R-Texas, and now freshman GOP Rep. John Rose of Tennessee have all repelled passage of the measure in the past week, saying that lawmakers should be required to go on record on the legislation, which has grown at each juncture — at least until Trump’s $4.5 billion request for refugee assistance and other border aid was stripped off.

Democrats made another attempt to pass the measure during Thursday’s pro forma session of the House, but Rose stepped in to block it. The measure will be revived and passed next week with solid backing from GOP leaders like Minority Whip Steve Scalise of Louisiana, another opponent of Sandy aid back in the day.

Opponents of the Sandy bill made the argument at the time that there were billions of dollars in unnecessary additional spending in the measure. Of particular interest was community development block grant funding that was flexible and much sought by states and local governments to rebuild in Sandy’s wake.

Years later, it’s exactly those sorts of funds that Texas Republicans like Cruz, Sen. John Cornyn and several Houston-area House members demanded in the aftermath of Hurricane Harvey in 2017, including “resiliency” accounts designed to prevent future floods and disasters.

The Sandy bill had virtually no additional spending in the bill unrelated to disasters, said a Senate Democratic staff aide, who said the additional spending critics were pointing to was for significant amounts of money for the Army Corps of Engineers and in community block grants intended for mitigating future disasters.

The staff aide, who spoke on condition of anonymity to detail private communications, said that the supplemental bill for Hurricane Harvey had mitigation and resiliency money and the current bill does, too.

Cruz sometimes seems to struggle to explain why he opposed Sandy relief but demanded it for his state.

“The problem with that particular (Sandy) bill is it became a $50 billion bill that was filled with unrelated pork. Two-thirds of that bill had nothing to do with Sandy,” Cruz told NBC News in 2017.

Cruz, it could be noted, was a driving force behind the politically unpopular government shutdown in the fall of 2013. By 2017, facing a difficult reelection battle, Cruz was forced to go to the appropriators, hat in hand, to beg for forgiveness, or at least money.

“It’s the exact same types of stuff that people in Texas, North Carolina and Georgia and everywhere else are clamoring for now,” said Bruce Evans, former GOP staff director of the Senate Appropriations Committee. “It was a happy, happy day when I had Ted Cruz’ signature at the bottom of a letter asking for a whole (ton) of money from the committee. He lowered himself to correspond with the committee.”

In fact, the template for disaster relief was set in the aftermath of Katrina in 2005. Former Sen. Thad Cochran, R-Miss., who died Thursday after worsening health problems, then used his post as chairman of the Senate Appropriations Committee to power through record sums to address Katrina’s wreckage.

Cochran was one of the last of his generation in the Senate. Now, on disaster relief, the baton has passed to a new, unlikely generation of advocates like Cornyn and Cruz, who also are seeking to force the administration to release previously appropriated money that has been held up. 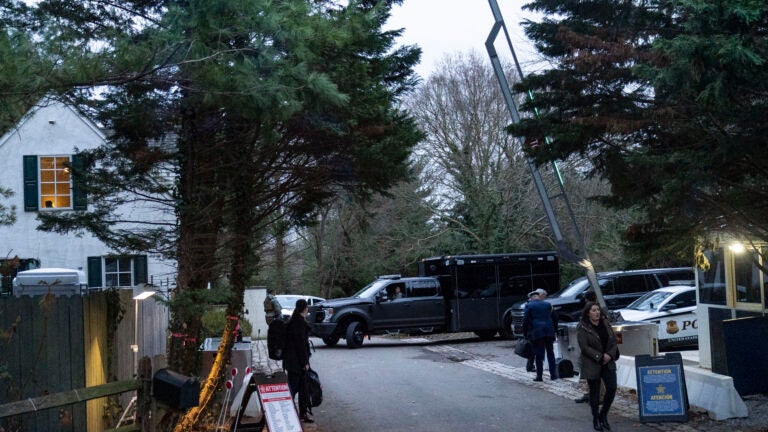