WASHINGTON (AP) — Advocates for Native Americans called Tuesday for Congress to revoke the Medals of Honor given to the U.S. soldiers who participated in the Wounded Knee massacre.

They’re being supported by three members of Congress: Republican Paul Cook of California and Democrats Denny Heck of Washington and Deb Haaland of New Mexico. The lawmakers hope to get a measure in the next National Defense Authorization Act that would rescind the medals.

Medal of Honor recipients should be honorable, Heck said. “The 20 medals that were awarded as a consequence of the Battle of Wounded Knee do not belong in that category,” he said at a news conference near the Capitol.

Medals of Honor were given to 20 soldiers from the 7th Cavalry Regiment for participating in the December 29, 1890, massacre on South Dakota’s Pine Ridge Indian Reservation near Wounded Knee Creek. An estimated 250 Native Americans were killed, many of whom were women and children.

The legislation is being pushed by O.J. Semans, co-founder of Four Directions, a Native American voting rights organization. Semans, a member of the Rosebud Sioux in South Dakota, began advocating for the legislation in January after President Donald Trump tweeted a comment mocking Democratic presidential hopeful Elizabeth Warren’s claim to Native American ancestry.

“They didn’t award any medals at My Lai,” said Bret Healy, a Four Directions consultant and strategist. The 1968 My Lai massacre took place during the Vietnam conflict as U.S. Army soldiers hunting for Viet Cong fighters and sympathizers killed unarmed villagers. Estimates of the death toll vary from 347 to 504.

Native American groups have called for years for the Medals of Honor to be rescinded from the soldiers who were at the Wounded Knee massacre. In 1996, GOP Sen. John McCain of Arizona, then chairman of the Senate Committee on Indian Affairs, received a petition to revoke the medals but said in a letter that retroactive judgment of the massacre did not warrant the action.

In 1990, Congress apologized to the descendants of those killed at Wounded Knee but did not revoke the medals. 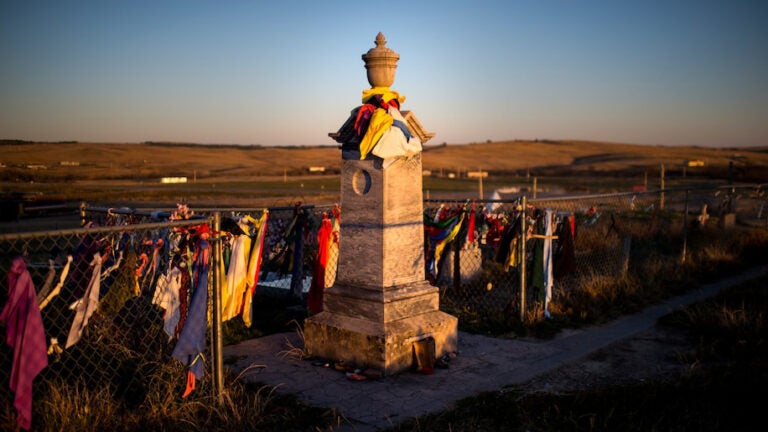