Trump tweeted Sunday that the congresswomen of color should go back to the “totally broken and crime infested places from which they came,” writing that they “can’t leave fast enough.”

While he didn’t mention them by name, Trump was almost certainly referring to Pressley, Alexandria Ocasio-Cortez of New York, Ilhan Omar of Minnesota, and Rashida Tlaib of Michigan — the group of first-term congresswomen known as the “Squad.” All four are American citizens, and only Omar, from Somalia, is foreign-born.

Trump’s Sunday attack followed an earlier insertion of the president into a back-and-forth between Ocasio-Cortez and House Speaker Nancy Pelosi. And on Monday, Trump called for the congresswomen to “apologize.”

When will the Radical Left Congresswomen apologize to our Country, the people of Israel and even to the Office of the President, for the foul language they have used, and the terrible things they have said. So many people are angry at them & their horrible & disgusting actions!

If Democrats want to unite around the foul language & racist hatred spewed from the mouths and actions of these very unpopular & unrepresentative Congresswomen, it will be interesting to see how it plays out. I can tell you that they have made Israel feel abandoned by the U.S.

Trump’s comments have drawn widespread condemnation from Democrats, including from Pelosi.

“THIS is what racism looks like,” Pressley tweeted, adding that she and her colleagues aren’t “going anywhere. Except back to DC to fight for the families you marginalize and vilify everyday.”

THIS is what racism looks like. WE are what democracy looks like. And we’re not going anywhere. Except back to DC to fight for the families you marginalize and vilify everyday. pic.twitter.com/vYzoxCgN0X

Here’s what the rest of the Massachusetts congressional delegation and other Bay State politicians have said about the president’s comments:

Let’s be clear about what this vile comment is: A racist and xenophobic attack on Democratic congresswomen. This *is* their country, regardless of whether or not Trump realizes it. They should be treated with respect. As president, I’ll make sure of it. https://t.co/WupieDquLA

Donald Trump isn’t only threatened by these congresswomen’s identities, he’s threatened by their courage and strength. Every day, they stand up to Trump’s racist attacks and speak truth to power. I’m proud to serve alongside them. Keep organizing. Keep fighting. https://t.co/VDzXCugfSk

This is a new low. Donald Trump’s comments are despicable and racist. This should outrage all Americans.

And as usual, all we hear from the @GOP is silence, even though they condemn him to us in private. Cowards. pic.twitter.com/vJfOdTqZ5C

These shameful and racist comments by our President do not make America great. They are meant to divide us, and ultimately make us weaker as a people & country. The Congresswomen being attacked are every bit as American as Donald Trump. pic.twitter.com/0xFtkfpjH7

This is their country. One they fight for every day despite the racism and sexism and hate. You don’t make them flinch. They stay in the ring, for all of us. https://t.co/mzNr0RXCeq

This is blatant racism by the POTUS against sitting Members of Congress— women who have displayed more character and loyalty to American values than Trump ever has.

The only person degrading our government is you, Mr. President. https://t.co/ehFqO9E4Ay

I don’t know what else to say but Donald Trump is a racist and a criminal and we have a constitutional duty to impeach him.

The Congresswomen being attacked are all proud American citizens, duly elected to serve by their constituents.

Here in America we don’t tell fellow citizens to “go home.” We welcome them.

Donald Trump wants to shut American women down with xenophobic, racist and consistently ignorant slurs. It won’t work. Keep it up, Ayanna – America needs you. 2/2

Thank you to @AyannaPressley & our representatives in Congress for doing what you were elected to do: advocate for your constituents.

I guarantee you @AyannaPressley‘s ancestors were in the U.S. long before Trump’s, & the main problem we’re having in her “crime infested” district is runaway housing prices. Our President is exceptionally racist. https://t.co/CdCbGheSPs

Can’t recall all the times I’ve been told to go back to where I came fr, but I do remember how the pain has motivated me to speak louder & work harder. I’m sure it’s the same for @RepPressley & others. Trump hasn’t seen anything yet. These AMERICAN Congresswomen are here to stay. https://t.co/17ciZKGmns 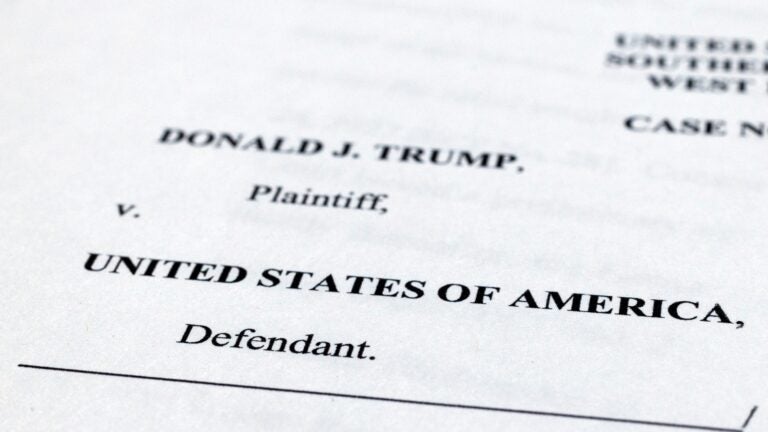