WASHINGTON — Rep. Joseph P. Kennedy III of Massachusetts is considering a primary challenge next year against Sen. Edward J. Markey, according to a senior Democratic official. Such a race could substantially alter the state’s political landscape and has the potential to elevate a fourth member of a Democratic dynasty to the Senate.

Kennedy, the grandson of Robert F. Kennedy, had publicly indicated that he intended to run for reelection next year. But in a conversation this week with the Democratic official, who spoke on the condition of anonymity to discuss the private deliberations, Kennedy, 38, said that he was weighing a campaign against Markey, 73, and would decide in the coming weeks.

A contest between the two Massachusetts lawmakers could become the nation’s most high-profile primary race and would represent another test of the Democratic Party’s old guard. And while Kennedy and Markey are both committed progressives, the race would amount to a generational showdown between a scion of the state’s most famous family and a more than four-decade-long fixture of Massachusetts politics.

A spokeswoman for Kennedy did not immediately respond to an email or call seeking comment.

Paul Tencher, a senior adviser to Markey’s campaign, said the senator would not be chased into retirement.

Speculation about Kennedy’s interest in the race began last month when a poll testing the four-term congressman’s prospects against the senator was reported by Politico. Kennedy’s aides would not deny that they had commissioned the poll, and on Friday, a Democratic official confirmed that Kennedy had paid for the survey.

The poll, which even Markey’s advisers acknowledged would most likely show the popular Kennedy leading, was followed by the creation of a group — Jump in, Joe! — aimed at drafting the congressman into the Senate race.

“We think Congressman Kennedy should run for the United States Senate not simply to oppose any person or because his last name is Kennedy,” the group states on its website. “The congressman should run because our country is vulnerable, and he has demonstrated that he has the energy, courage, and progressive ideas to fight for the Commonwealth and put our nation on a more just course.”

Kennedy delivered the Democratic response to President Donald Trump’s State of the Union address last year. But he has otherwise not cut a high profile in Washington since being elected in 2012, despite his political pedigree. But in recent days, he has started to speak out more, writing an opinion article this week about his grandfather for The Washington Post and sitting for an interview on the podcast of David Axelrod, the former adviser to President Barack Obama.

Kennedy’s moves have not gone unnoticed by Markey, who won a special election in 2013 to fill the seat vacated by John Kerry when he was appointed secretary of state. Markey has $4 million on hand, has hired a pollster and, moving to amplify his liberal credentials, has worked with Rep. Alexandria Ocasio-Cortez of New York on the Green New Deal.

He also has also secured the support of Sen. Elizabeth Warren of Massachusetts, who has taped a video in support of his reelection, according to two Democrats. (Markey, who was already facing two lesser-known primary race challengers, endorsed Warren’s presidential bid when she entered the race this year.)

Markey has sought to flush out his would-be rival, releasing a list of endorsements from the state’s congressional delegation this week to The Boston Globe — a roster that notably did not include Kennedy. Also absent from the list was Rep. Ayanna S. Pressley, the Boston Democrat who won her own primary race last year against a longtime incumbent and is widely thought to also be eying a Senate bid, whether if against Markey or if Warren were to be elected president.

With a host of other Massachusetts Democrats, including the attorney general, Maura Healey, also weighing future bids for the Senate and governorship, Kennedy’s bid could change some of those calculations.

Markey and Kennedy have not seen each other of late, but they did talk last week on the phone, according to a Democrat familiar with the conversation. Markey called to offer his condolences to Kennedy in the days after Saoirse Kennedy Hill, Kennedy’s cousin, died of a drug overdose Hyannis Port, Massachusetts.

The Senate race did not come up, but the two Democrats concluded their conversation by agreeing that they should meet soon. 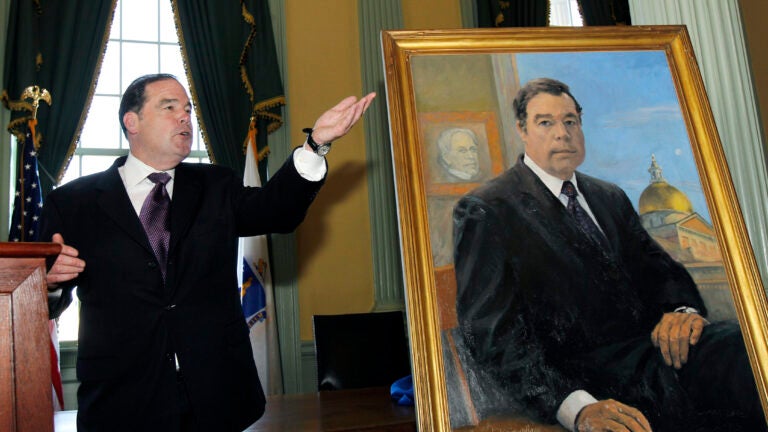