To some in the audience at a Monday night rally in Minnesota for Elizabeth Warren, there appeared to be two blue blazer-wearing presidential candidates in attendance.

Stephanie Oyen attended the town hall at Macalester College wearing a blue blazer and clear glasses — her Elizabeth Warren Halloween costume — thinking it might get some laughs, according to the Minneapolis Star Tribune. 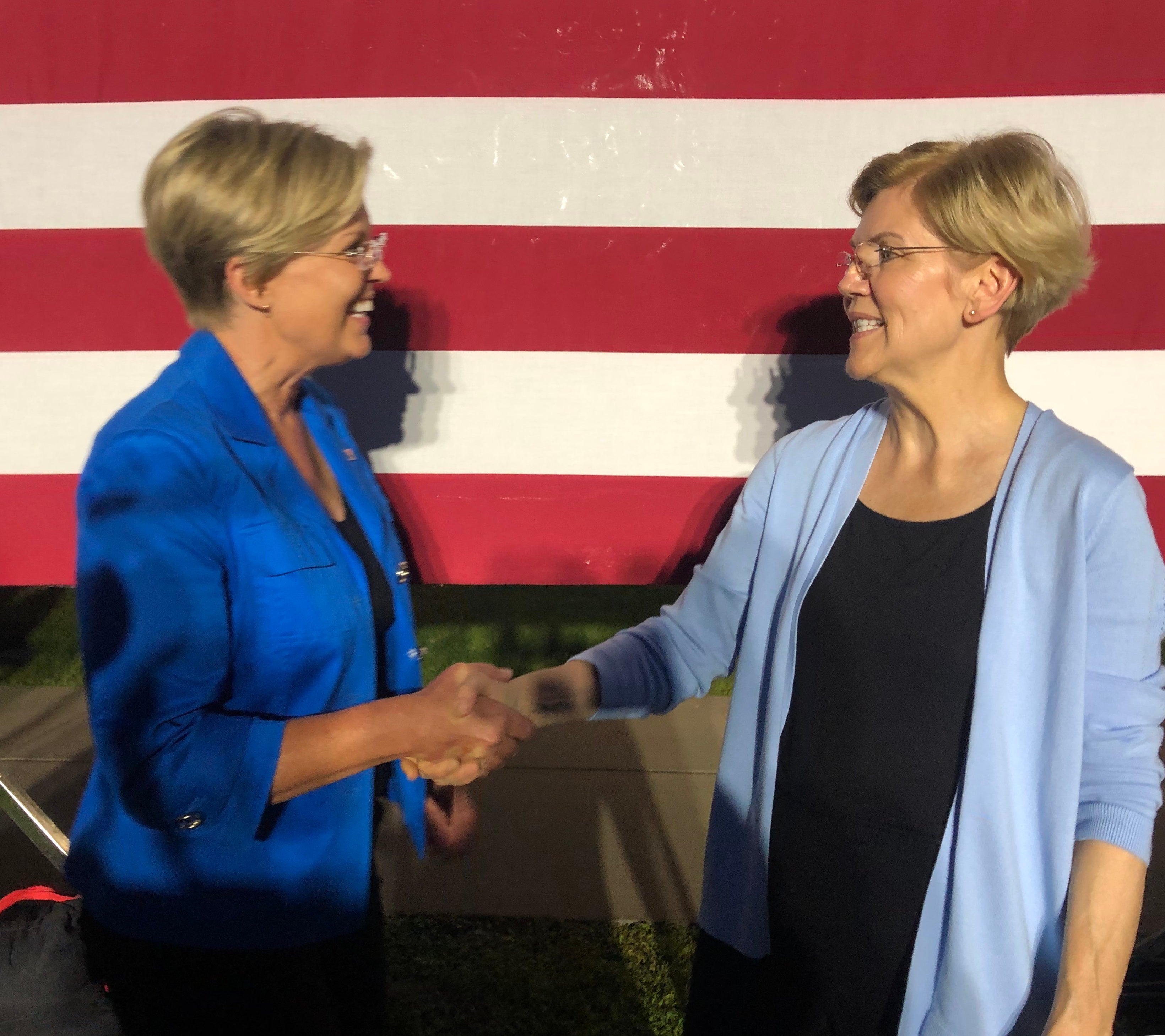 Instead, the woman, whose blond hair is cropped short like the senator’s, got people mistaking her for Warren, clapping, and running up to her with requests to take photos.

“It got weird very fast,” Oyen told the newspaper. “I talk with my hands and shake my head, which only made me look more like Elizabeth Warren. I was saying ‘I’m not her!’ but I could have been saying ‘Medicare for all!'”

Oyen ended up taking off the blue blazer and glasses because she felt bad about the confusion, according to the Star Tribune.

But she put them back on when she lined up to take a selfie with Warren, who reportedly pointed at the outfit and said, “We need to talk!”

Read the full report at the Star Tribune.