Seth Moulton hasn’t yet seen the HBO miniseries “Chernobyl,” but knows enough about nuclear energy to confidently state that the catastrophic accident that happened in the Soviet Union in 1986 wouldn’t be possible in the United States.

The Massachusetts congressman, whose three Harvard degrees include a bachelor’s in physics, is an outspoken supporter of nuclear energy and one of the few Democrats running for president who actually wants to build more power plants. As a Green New Deal co-sponsor, Moulton thinks the carbon-free energy source will be critical for meeting goals to reduce worldwide greenhouse gas emissions. And with modern American reactors, he says safety issues can be “mitigated.”

His moonshot, if he can somehow mount a massive comeback in the Democratic primary race, would be to pour money into a different type of nuclear power that experts say would be both safer and cleaner — and nearly limitless.

Nuclear fusion differs from fission, the current source of nuclear power, in that it involves literally fusing atoms together to create a release of energy, as opposed to splitting them.

According to the World Nuclear Association, it “offers the prospect of an almost inexhaustible source of energy for future generations.” And because fusion — unlike fission — is not based on a chain reaction, there’s no chance of catastrophic accidents, says the International Atomic Energy Agency, which calls it “among the most environmentally friendly sources of energy.”

However, to say fusion energy is incredibly difficult and complex to develop would be an understatement. The process involves heating and containing a plasma at more than 100 million degrees Celsius. Despite decades of research and breakthroughs, no viable fusion reactor has been designed that actually produces more energy than it requires.

A common quip posits that fusion energy will always be 30 or 40 or 50 years away. Scientists say they’re getting closer. 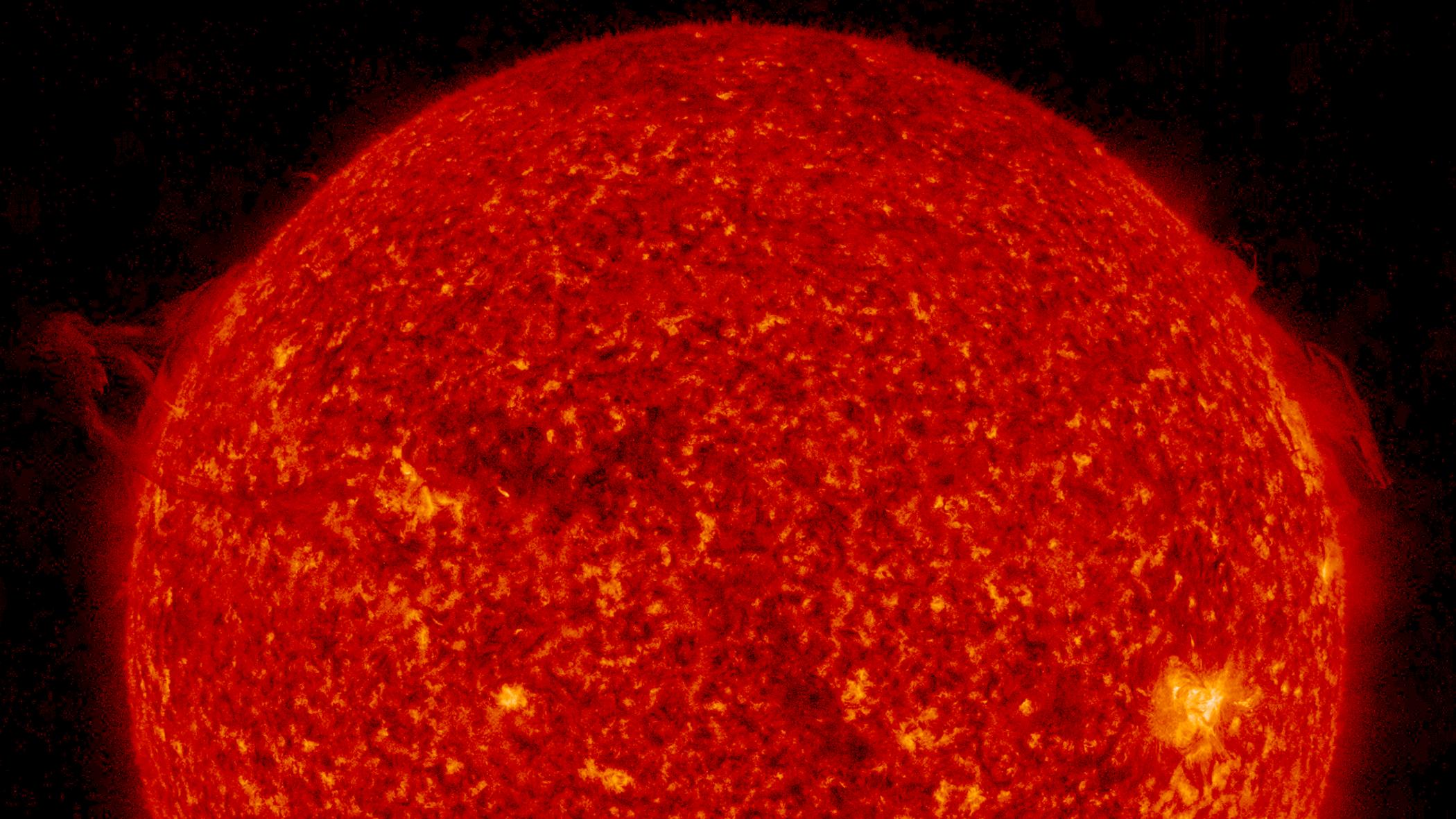 The sun photographed in a wavelength of extreme ultraviolet light in 2016.

This past January, an MIT-backed project said it was aiming to create a prototype within 15 years to meet the pressing challenge of climate change. The effort is among more than 20 companies and a handful of countries involved in fusion research. Moulton has said that, if the federal government were to invest “tens of billions” of dollars, fusion power could be a reality within a decade.

But the clock is ticking.

“This is a competition, because you can bet Russia and China are funding this research themselves,” the 40-year-old Marine veteran said.

Of course, there’s another competition with which Moulton first must contend. Barely registering in the polls, Moulton failed to qualify for the first two rounds of Demcoratic primary debates. He hasn’t hit the benchmarks for the upcoming debates either, but his campaign says it’s too early to be picking winners and losers.

“We’re focused on taking our message directly to voters and having Seth resonate with them on the ground,” campaign spokesman Matt Corridoni told Boston.com.

It’s unclear if support for nuclear energy is something that will mobilize Democratic voters. Five of the six other primary candidates who have said they support building more power plants are not currently considered top-tier contenders in the nearly two-dozen person race. And the sixth, former Colorado Gov. John Hickenlooper, recently dropped out.

For his part, Moulton hasn’t been primarily campaigning on expanding nuclear energy, nor have any of his fellow primary opponents. But he is adamant that he’s on the right side of the issue. And if those MIT scientists can make advancements in fusion technology, Moulton says it could be a game-changer.

This conversation has been lightly edited for clarity.

Boston.com: On a more general note, I was wondering if you could explain why you support increased investment in nuclear energy, which is a controversial topic in the Democratic Party.

Seth Moulton: First of all, it’s the largest carbon-free source of energy that we have today, and nuclear energy has caused zero deaths, in its entire American history. In contrast, other sources of energy cause deaths all the time. Fossil fuels lead to tens of thousands of premature deaths every single year.

Do you think the safety concerns are overblown?

For someone who doesn’t have any Harvard science degrees, how is fusion different from fission?

So fusion energy is not only more powerful, and admittedly more difficult to produce, but it also has the potential to be much safer.

SM: It’s ultimately more efficient, but the challenge is that it is very difficult to create the condition for a sustainable fusion reaction. So we don’t have the technology yet. But if you spend time with the scientists at MIT, you’ll realize that it’s not as far off as you think.

Are there near-term steps to getting there?

SM: The scientists at MIT have very clear steps to get there and what they need more than anything is federal funding to support their work. And this is a competition, because you can bet Russia and China are funding this research themselves. So unless we want to be buying fusion technology from China, we should be investing in it here in America.

And that’s something that, if you were president, you’d be pushing?

Is it just a matter of funding?

SM: Absolutely. There’s a clear correlation between the money we invest and the time it will take to get there. And we need to win this race, so that China is buying fusion power plants from us, not the other way around.

As a supporter of the Green New Deal, how do you see fusion contributing to the resolution’s goals?

SM: It’s not only a carbon-free source of energy, it has a lot less negative effects on our environment than solar or wind power, which require a tremendous amount of space.

Did you watch the recent HBO show “Chernobyl”?

What would you say to someone who recently watched the show and is concerned about nuclear energy being dangerous?

It’s a great example of where fear-mongering has taken over for science. We need to get back to the facts and recognize that, like many things, nuclear energy has safety issues, but they can be effectively mitigated, as they have throughout American history.

How does fusion compare on safety issues?

SM: I think it’s a little bit premature to say for sure, because we haven’t fully developed fusion technology, but certainly one of the promises of fusion is that it could be much safer than fission power. But it’s important to not lose sight of the fact, first of all, that fission power is safe, despite what people like to say. 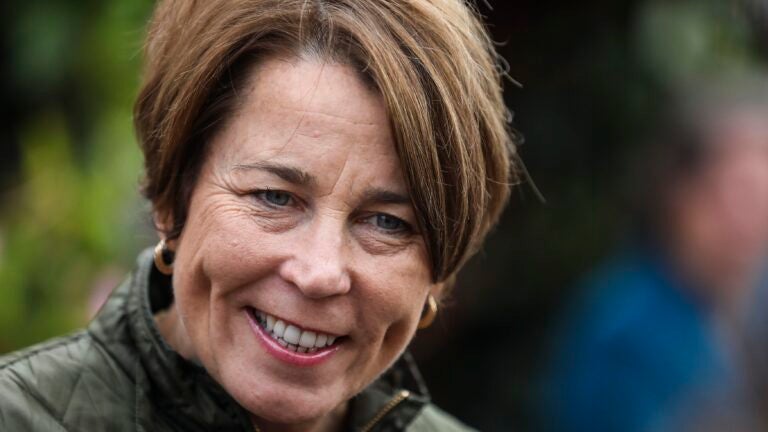 'The choice in this election couldn’t be more clear'