Gov. Bill Weld’s already-uphill climb challenging President Donald Trump in the Republican primaries next year could be even tougher in several states — mainly because there won’t be an election.

GOP officials told the outlet that the moves are hardly unprecedented for a party with an incumbent president seeking reelection. However, with at least two prominent former elected officials as primary candidates, Weld says that canceling primaries amounts to an “unconscionable” and “anti-democratic” effort to “silence” Trump’s opponents.

“In the United States of America we don’t elect a president by acclamation,” the former Massachusetts governor wrote in an email to supporters Friday afternoon.

In a tweet, he added that Trump “has made no secret of the fact that he wishes to be crowned as President rather than elected.”

“That might be fine in a monarchy, but we overthrew ours two centuries ago,” Weld wrote.

Donald Trump, by turns arrogant and paranoid, has made no secret of the fact that he wishes to be crowned as President rather than elected. That might be fine in a monarchy, but we overthrew ours two centuries ago.https://t.co/EzHZ2yeFxJ

Joe Walsh, the former Illinois congressman who recently announced a primary campaign against Trump, had even stronger words.

According to Politico, GOP officials in South Carolina, Nevada, Arizona, and Kansas are all expected to move to cancel their primaries, following behind-the-scenes efforts by Trump re-election campaign to squash any intraparty dissent headed into their 2020 convention.

However, there’s also a history of parties of an incumbent president canceling primaries in those states to save money, since the parties pay for primary elections.

But when it has happened, it has usually been the case that the president was running without any major primary challengers. Arizona Democrats didn’t hold a presidential primary in 2012 and 1996. Kansas did the same in 1996, citing $1.4 million in savings. And both parties in South Carolina have canceled primaries twice since the 1980s.

“These are decisions made entirely by state parties and there are volumes of historical precedents to support them,” Tim Murtaugh, a Trump campaign spokesman, told The New York Times. “Nevertheless, President Trump will dominate and prevail in whatever contest is placed before him.”

There might just be four fewer contests than usual next year — at least.

“If you think you can’t fight city hall, try overthrowing the president of the United States,” Buchanan said. 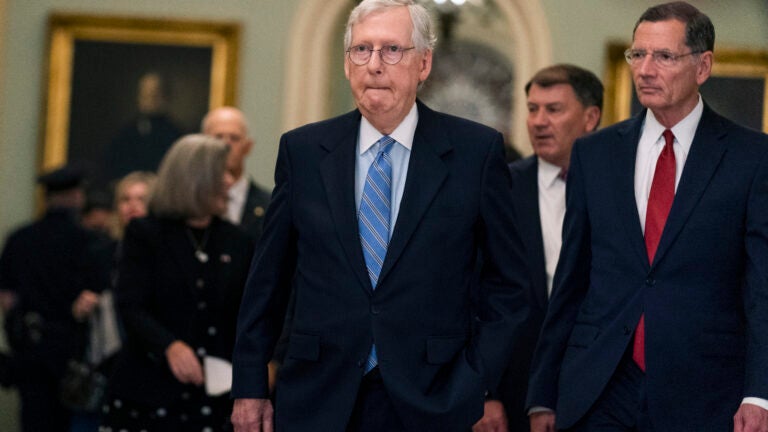