Last week, Purdue Pharma agreed to a multi-billion dollar settlement with 23 states, five territories, and more than 2,000 cities that have sued the Connecticut-based OxyContin maker over its role in the opioid crisis.

Maura Healey was not part of  it.

The Massachusetts attorney general reportedly thought the possible $12 billion settlement wasn’t enough. And in a Washington Post opinion piece Monday, she explained why she and 23 other state attorneys general rejected the deal, which was proposed by Purdue.

“The main reason is simple: It doesn’t hold the company or its owners accountable,” Healey wrote.

According to the reported terms of the deal, the settlement allows Purdue’s owners, the Sackler family, to admit no wrongdoing, despite evidence uncovered during the lawsuit that the company aggressively pushed OxyContin prescriptions and worked to combat negative reports of opioid addiction by shifting blame onto users. In 2007, Purdue and three of its executives pleaded guilty to misleading the public about the safety of OxyContin.

Since that year, Healey — who filed the first state lawsuit against individual members of the Sackler family last June — says that Purdue made more than $500 million from selling opioids in Massachusetts alone.

Under the terms of the new settlement, the Sackler family would have to relinquish control of the company, which subsequently filed for bankruptcy Sunday night. But some officials say the family would be largely shielded from personally paying the settlement, which might actually turn out worth a fraction of the purported $12 billion figure, according to NBC News.

“The Sacklers would like us to believe that as part of the settlement they’re cutting a check for billions of dollars. They’re not,” Healey wrote Monday, calling the settlement a “ploy that’s offensive to families who have lost loved ones to this epidemic.”

Healey said the deal would also allow the company to suppress evidence of misconduct that was uncovered during the states’ investigation.

“Accountability means making the Sacklers reach into their own pockets,” she wrote. “It means telling the full truth. It means shutting down Purdue for good. And accountability means listening to the families who are calling for justice.”

As the Associated Press reported, the divide over the settlement broke down largely on party lines, with most Republican attorneys general deciding to take it while Democrats, including Healey, refused. However, Massachusetts Gov. Charlie Baker, a Republican, has voiced support for Healey’s decision.

“I think the Attorney General is doing the right thing,” Baker said last Thursday, according to WGBH. “I know that the other folks who are involved in this settlement think they are delivering an appropriate level of punishment to the folks at Purdue and in the Sackler family. I don’t.”

According to the Post, the attorneys general who decided to settle thought it was as good a proposal as they could get, and efforts to push forward with litigation by those opposed to the deal, as well as Purdue’s bankruptcy filing, could take years in court to sort out.

“Purdue’s bankruptcy filing is the company’s latest tactic to protect the Sackler fortune,” she wrote. “It won’t work. Our case against the company and the Sacklers will end, but not this week and not on their terms.” 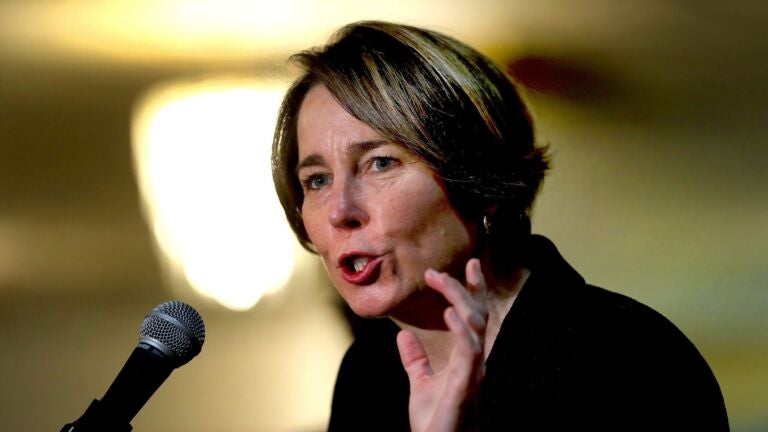