Rep. Ayanna Pressley didn’t have much time for Mark Zuckerberg’s explanations. Literally, she only had five minutes.

The Facebook co-founder and CEO faced another round of grilling during a House Financial Services Committee hearing Wednesday over a wide range of subjects, from his tech company’s record on privacy to its efforts to police hate speech and misinformation. Pressley’s pointed questioning, however, focused on the ostensible subject of the hearing: Facebook’s ambitious cryptocurrency project, Libra.

“I know you understand the technological and business case for Libra,” the Massachusetts congresswoman said. “You have the stats, but I’m not sure you know the stories.”

Pressley’s exchange with Zuckerberg centered around the issue of the “underbanked,” a term that describes those who either do not have a bank account (otherwise known as “unbanked”) or rely on alternative financial services, like money orders or payday loans, to pay expenses.

In his opening remarks, Zuckerberg said he believed Libra could serve “more than a billion” people around the world who don’t have access to a bank account by providing an alternative cryptocurrency system that would be accessible through their mobile phone.

In her questioning, Pressley suggested that Zuckerberg was out of touch with the root causes of underbanking, particularly in the United States, where the most recent data says it affects more than 30 million households. The Dorchester Democrat asked Zuckerberg, a multibillionaire, if he had ever been underbanked in his adult life.

During a hearing last month, Facebook’s Libra chief, David Marcus, told Pressley that “identity is a big problem” for those who lack a bank account (Marcus also said that “cost was a greater problem”). Referring to his remarks, Pressley asked Zuckerberg on Wednesday if he thought identity authentication was “the major hurdle to accessing the financial system.” Zuckerberg said he wasn’t sure.

“I think it’s probably different in different places around the world,” he said.

In response, Pressley cited a World Bank report that said nearly two-thirds of the 1.7 billion people around the world without bank accounts said the reason was that they lacked the money to open one. According to the report, the vast majority of the worldwide unbanked population live in developing countries, though Pressley cited economic issues more pertinent in the United States, where approximately 8.4 million households lack a bank account.

“This is not about authentication,” she told Zuckerberg. “This is not about banking costs. This is about a tsunami of hurt that millions are experiencing because of a $1.6 trillion student debt crisis, because of rising health care costs and people having to use GoFundMe pages to pay medical bills. This is because of the racial and gender wealth gap.”

“There’s underbanking because people are broke,” she said.

Pressley then moved on to ask if Libra would be free to users. Zuckerberg said that was the intention of the initiative, though it is still far from being established.

“So there is no fee?” Pressley asked.

“Congresswoman, that’s the goal, is to make it so that —” Zuckerberg said, as Pressley repeated the question.

“Congresswoman, the goal is to make it —” he began.

“Moving on,” Pressley cut him off.

During her questioning of Marcus over the summer, Pressley made the point that even without fees there would be inherent costs to using Libra, such as needing a smart phone and the fact that, unlike savings accounts, the money stored on the platform would not earn interest.

“If it costs money to buy Libra and cost money to use the Libra money, I fail to see how this helps people with virtually no money,” she told Zuckerberg. “You are attempting to use technology to solve what is inherently an issue of wealth.”

Raising questions about the business interests behind the project, Pressley asked if Zuckerberg believed “in what you are building” (Zuckerberg said yes) and pressed him on whether he would leave behind his children’s inheritance in Libra, given Facebook’s speckled record on protecting user data.

“Congresswoman, I would, because it would be backed one-to-one by [a cash reserve],” he said.

Facebook has argued that the reserve of currencies will make Libra’s value more stable than other cryptocurrencies, such as Bitcoin, which have become defined by their volatility swings. The reserve would be funded by Facebook and its corporate partners and invested in low-risk assets, according to a white paper released by Facebook. However, users would not see any returns from those investments. As the Wall Street Journal has reported, all of the interest from the reserve would go back to its corporate backers, making Libra a potentially very lucrative venture for Facebook and its partners.

Before Zuckerberg could finish his answer, Pressley moved on to one final topic: Facebook’s recent hiring of Jennifer Newstead, a co-author of the PATRIOT Act, a bill passed during President George W. Bush’s administration that greatly expanded government surveillance.

Newstead’s hiring was made in April — along with the hiring of a left-leaning privacy activist — as Facebook prepares to face potential regulation efforts by a divided federal government. But given Zuckerberg’s recent (contested) claim that the Iraq War shaped his views of free speech and the need for a social media platform like Facebook, Pressley asked if the PATRIOT Act was “reflective” of his views on privacy and free speech.

Pressley cut him off to repeat the question.

“Ten seconds left; it’s an easy, straightforward question, is the PATRIOT Act reflective of your views on privacy and free speech?” she asked.

“Congresswoman, there’s a lot in there, and no I do not agree with all of it,” he said.

“That is not what your hiring choices indicate,” Pressley said. “And Maya Angelou told us a long time ago, ‘When people reveal to you who they are, believe them.'” 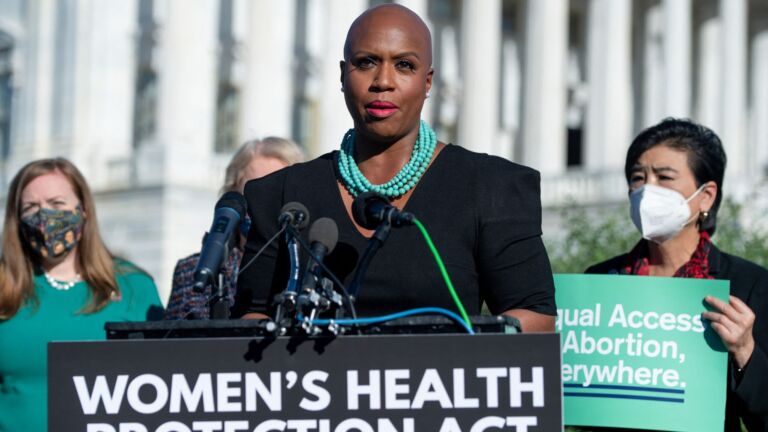