Demonstrators are slated to take to the Boston Common Tuesday evening to demand House lawmakers impeach President Donald Trump when they bring the matter to a historic vote Wednesday.

The event is part of the nationwide mobilization of “Impeach & Remove” rallies, where attendees are looking to drive home the point that no president, regardless of party politics, is above the law, organizers say.

“There is a lot of fear about what a president going unchecked could mean for the future of our democracy and what standard that could set for sitting presidents,” Kristina Mensik, assistant director at Common Cause Massachusetts — the nonpartisan, grassroots organization that’s a lead organizer of Tuesday’s rally — told Boston.com.

The House of Representatives is set to vote Wednesday on two articles of impeachment against Trump, outlining high crimes and misdemeanors stemming from his interactions with the president of Ukraine: abuse of power and obstruction of Congress. The vote is expected to fall mainly along party lines.

The Boston rally, which has garnered over 2,000 online RSVPs, will kick off at 5:30 between the Massachusetts State House and Park Street station, according to Mensik. Dozens of organizations from across the commonwealth are anticipated to participate, including Indivisible MA, the ACLU of Massachusetts, Progressive Mass, Move On, and March for Truth, she said.

“The House must vote to impeach, and the Senate must convict and remove President Trump,” organizers say on the event’s Facebook page. “Staying silent is not an option.”

Mensik wants the demonstration to underscore not only the power and solidarity of collective civil action, but also that the nation is in a critical position to demonstrate that the foundation of the country’s democracy is prioritized over any sitting president, she said.

Stressing the need to look past political parties, Mensik highlighted that former Massachusetts Gov. Bill Weld, who is seeking the Republican presidential nomination against Trump, is among the expected speakers.

Weld, an outspoken critic of the president, said last week that the impeachment charges against Trump are “way worse” than those that forced President Richard Nixon to resign.

“Extorting a foreign leader to come interfere in a U.S. election for the advantage of the person doing the extorting, that’s as bad as it gets in terms of what the framers were afraid of, and what they thought should be grounds for removal,” Weld said.

Mensik said she is “hoping that tonight and these rallies across the country have the effect of changing some of the narrative around impeachment and kind of bringing it back to earth.”

Organizers will also not be deterred by Tuesday’s messy snowy and rainy weather, she said.

“(The rallies) will take place no matter the weather and I think that our message will be even stronger,” Mensik said. 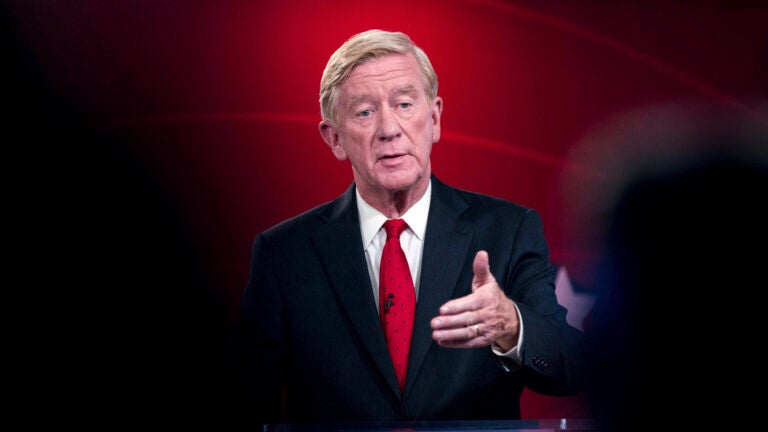