Salem Mayor Kim Driscoll is taking a page out of Rep. Seth Moulton’s playbook in response to President Donald Trump invoking her town.

In a letter Tuesday to House Speaker Nancy Pelosi protesting the impeachment proceedings against him, Trump claimed that “more due process was afforded to those accused in the Salem Witch Trials.”

In a series of tweets, the Salem Democrat poked holes in Trump’s comparison, writing that the infamous 1692 witch trials consisted of “powerless, innocent victims” being hanged or pressed to death, despite an “absence of evidence against them.” Meanwhile, in Trump’s case, she wrote there is “ample evidence” that the Republican president tried to use his power to get Ukraine to investigate Joe Biden and his son (polls show that a majority of Americans agree that Trump’s conduct was impeachable).

2)#Ukrainegate 2019 = ample evidence, admissions of wrongdoing+perpetrators are among the most powerful+privileged

“This situation is much different than the plight of the witch trial victims, who were convicted using spectral evidence [and] then brutally hanged or pressed to death,” Driscoll added, calling the trials a “dubious legal process that bears no relation to televised impeachment.”

The 53-year-old mayor, who was first elected in 2005, also suggested that Trump add some books about the Salem witch trials to his “holiday shopping list.”

Driscoll’s response came on the eve of an expected vote Wednesday in the Democrat-led House to impeach Trump for abuse of power and obstruction of the subsequent investigation by Congress.

Trump has long-decried the congressional investigations into his conduct as a “witch hunt,” often drawing the ire of elected officials in Salem. Moulton, a fellow Salem Democrat, has repeatedly chided Trump and his allies for making the comparison. And last month, Driscoll chimed in as well after Sen. Lindsey Graham, a South Carolina Republican, stated that the “Salem witches got a better deal.”

Ultimately, of course, they did not.

According to the Salem Witch Museum, 20 innocent people were executed — and seven others died in prison — following flimsy accusations that they had been practicing witchcraft, which was punishable by death at the time. In the midst of the hysteria, a special court was formed that allowed questionable “spectral” evidence. However, as the trials began to escalate further, the governor of Massachusetts stepped in to disband the court. Apologies have since been made to falsely accused victims’ families.

In an interview Tuesday night on CNN, Driscoll said she found Trump’s continuous comparisons to the events, which took place in present-day Danvers, “frustrating” and “offensive.”

The mayor of Salem, Massachusetts, says President Trump should “learn some history,” reacting to his claim that the people accused in the Salem witch trials had received more due process than he has gotten in the impeachment inquiry. “There’s a big difference between innocent victims [with] spectral evidence and a full impeachment inquiry with the rule of law. … It’s really disheartening.” https://cnn.it/2r7qOWO

“You never think that you’re going to have to retell this history to a leader of our country,” she said.

Given the laws that have since been implemented, Driscoll told CNN that the current impeachment proceedings would be a “pretty fair process,” regardless of how it is viewed on each side of the political aisle. She added that the lessons of the Salem witch trials even inform some of the country’s modern legal jurisprudence and that such unfounded persecution of marginalized groups should “never ever happen again.” Driscoll suggested that Trump was more similar to the powerful Puritan leaders who spread the accusations against the mostly poor victims.

“If the president bears any resemblance to the history of 1692, it’s in fact the men who were in charge — who wanted to silence people who had different views than themselves — and used the power of a so-called trial to do so,” she said. 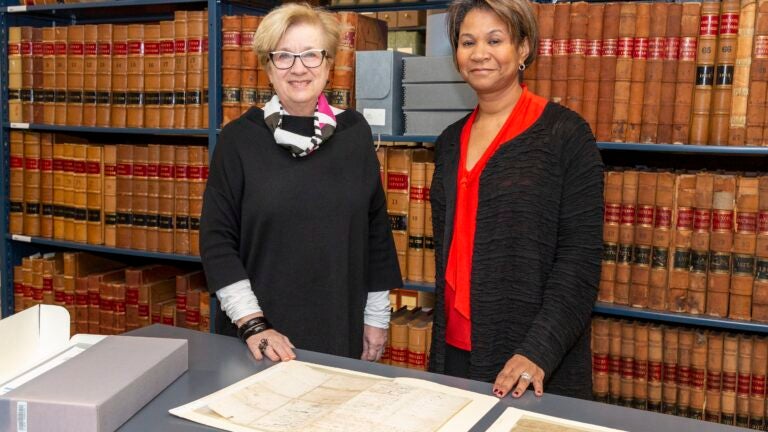