Sen. Elizabeth Warren had just finished hiking in Washington’s North Cascades mountains in August when she dropped in for lunch with the state’s Democratic governor, Jay Inslee, who had recently left the presidential race and whose endorsement she was seeking.

After Sen. Kirsten Gillibrand of New York dropped out in late August, Warren talked to her about family leave issues over tea. When Sen. Kamala Harris of California ended her White House bid in December, Warren was one of the first to call. And Warren became so close with Julián Castro that they chatted over the holidays about a possible endorsement even before he officially bowed out of the race.

Warren’s courtship of her onetime rivals is more than just flattery. It’s a quiet part of a strategy that’s becoming more urgent: to craft an image as a consensus candidate, one who can unite a fractured party whose dueling wings are often represented by two of her top rivals, Sen. Bernie Sanders, I-Vt., a democratic socialist, and former vice president Joe Biden, an establishment fixture.

A raucous event Tuesday in Brooklyn showed how Warren’s efforts can pay off. Castro, who endorsed her within days of dropping out of the race, told the crowd what the senator from Massachusetts wanted them to hear: “More than any other candidate in this race, more than any other candidate who is going to be on that debate stage in a few days, Elizabeth Warren is a candidate who can unite the entire Democratic Party.”

Warren’s positioning as a unity candidate is a shift from her fiery liberal persona earlier in the campaign. And it highlights the changing dynamics of the race: As Sanders has consolidated significant support from the party’s liberal faction, it has forced Warren to seek more votes from traditionalists.

In recent weeks, Warren has increased her national television appearances and begun taking more audience questions at her campaign events, signaling that she is bringing in more of the party and underlining her support for Democrats more broadly.

“I’m running in the primary – and I want to have the chance to beat Donald Trump in November 2020 – but it’s also about building our team and strengthening our team up and down the ticket,” Warren said this week in an interview with MSNBC’s Rachel Maddow.

Still, there is also a risk that she fails to energize either camp. And not all her efforts have been successful.

One of the party’s most coveted endorsers, Rep. Alexandria Ocasio-Cortez of New York, decided to back Sanders despite being extensively courted by Warren. And Harris has not yet signaled who, if anyone, she will back in the presidential race. It’s also unclear that the behind-the-scenes maneuvering is filtering down to voters, as Warren has slid in the polls in recent weeks.

But supporters hope that by carefully building such relationships, Warren can overcome what they see as an exaggerated image of her as a divisive figure, particularly in the wake of her recent attacks on former South Bend, Indiana, mayor Pete Buttigieg for holding big-dollar fundraisers.

“One of the things I’ve been unhappy with is her turn to being nastier to others,” said former Massachusetts congressman Barney Frank, who worked with Warren on financial services regulation legislation and has not yet endorsed a candidate in the presidential race. “That implicit demonstration that we [Democrats] are on the same page is a good thing.”

The effort also plays into Warren’s attempts to convince Democrats that she’s the best candidate to take on President Trump. That’s been a difficult sell for Warren, as many voters, including some who support her policies, say they are unsure if she’s “electable” and can defeat the president, especially if she is seen as an unyielding liberal.

Warren frequently touts her willingness to aid other Democrats, noting at party events that she raised or donated $11 million to Democratic candidates in the 2018 elections. Warren coordinated with more than 150 campaigns during that election cycle, including contests in all 50 states.

Warren’s outreach is intended in part to draw a contrast with Sanders. Some Democrats worry that Sanders, with his no-compromise approach to sweeping liberal policies, could turn off centrist voters and officeholders; Warren is signaling that her liberalism, for all its passion, includes a streak that is pragmatic and diplomatic.

So far, Warren has adopted specific policies from at least five presidential candidates who have left the race, sometimes picking up ideas that may not perfectly match her campaign mantra of “big, structural change” but nonetheless fit into her worldview.

“In her mind, the greatest hat tip you can give to another candidate is to adopt and push forward their ideas,” said Ian Sams, who was a top aide to Harris before she dropped out of the race in December. “A lot of the candidates agree on the issues, but taking their concrete proposals and then pushing them as your own is a smart way to earn goodwill from your former rivals.”

After speaking with Harris in December, Warren adopted part of her signature plan on abortion. Modeled on the Voting Rights Act, it requires states with a pattern of violating Roe v. Wade – the landmark 1973 Supreme Court ruling establishing a constitutional right to abortion – to obtain Justice Department clearance before restricting the procedure further.

“Senator Kamala Harris has been a leader in this area, and I am committed to fighting for her proposal,” Warren wrote in a recently added section of her plan.

In the days and weeks after Inslee dropped out, Warren was among several candidates exploring a potential endorsement from him, according to a former Inslee adviser familiar with the encounters. Inslee had gained a small but impassioned following among Democrats for his forceful commitment to fighting climate change.

Some of the candidates had perfunctory conversations with Inslee, while others reiterated broad areas of agreement without getting into details, according the former staffer, who spoke on the condition of anonymity because they were not authorized to describe the private conversations.

Warren, the staffer said, stood out by focusing on the nuances of Inslee’s plan to eliminate carbon emissions from buildings, power plants and vehicles over the course of a decade.

She hired one of Inslee’s staffers who focused on climate issues, and she credited the governor when she unveiled her own policy in September, saying, “While his presidential campaign may be over, his ideas should remain at the center of the agenda.”

The former Inslee staffer said Warren spent considerable time on the matter.”She did a really impressive job of listening to him and what his plan was about and digging deep into the policy details,” the ex-campaign aide said. “It takes a fair amount of humility as a politician to adopt someone else’s plan and say you are going to carry out their work, and not every politician has that humility.”

Inslee has not endorsed a candidate in the Democratic primary, but he does regularly praise Warren. He declined to be interviewed for this article.

A similar policy-focused discussion unfolded when Warren met with Gillibrand after the senator from New York left the presidential race, according to a person familiar with the conversation. Warren brought up paid family leave, which would guarantee new parents and caregivers paid time off from work – a policy Gillibrand has championed for years.

“Kirsten pushed her, saying, ‘How are you going to do it? It’s pretty complicated. . . . Don’t assume it’s going to be simple,’ ” said a person familiar with the conversation who spoke on the condition of anonymity because they were not authorized to discuss the private talks. “Kirsten said, ‘If you’re going to do a bill, you should do my bill.’ “

Warren amended her campaign website to praise Gillibrand, calling her a “a tireless advocate” on family leave. The website now includes a line saying Warren is “committed to adopting and building on Senator Gillibrand’s work by fighting to make paid family and medical leave available to all workers.”

Gillibrand has said she will endorse a presidential candidate before the New York primary at the end of April.

Still, Warren’s policy-heavy approach has not always closed the deal. In lobbying Ocasio-Cortez, Warren co-sponsored the Senate version of the Green New Deal, obtained Ocasio-Cortez’s buy-in on a clean energy proposal, and wrote a joint letter with her (they even recorded a video together) calling on Treasury Secretary Steven Mnuchin to be more transparent about his time on the board of Sears.

After all that – and at least one shared meal – the New York congresswoman still opted to back Sanders.

In other cases, the payoff has been clear but limited. After Rep. Seth Moulton, D-Mass., dropped out, Warren adopted his plan to incorporate annual mental health exams into standard care for veterans.

Moulton, a decorated combat veteran, tweeted in support of Warren’s plan in November, thanking her for “making this a priority in your campaign.” But Moulton, who is more conservative than Warren in key areas, has shown no sign of endorsing her, and a spokeswoman for him declined to comment.

Rival campaigns have taken note of Warren’s moves. “She’s perceived as a divisive person,” said one staffer working for a competing Democrat. “She’s trying to avoid the ‘my way or the highway’ label.”

Warren’s outreach to her presidential rivals is not limited to those who have left the race.

Just before going onstage for December’s Democratic debate, Warren told businessman Andrew Yang that she was in the middle of reading his 2018 book “The War on Normal People.” She has also developed a “warm” relationship with spiritual adviser Marianne Williamson, said one of Williamson’s former campaign staffers.

Over time, Warren’s approach can pay off in unexpected ways. In July, as Warren was gaining momentum, she received an endorsement from Rep. Raúl Grijalva, D-Ariz., an influential figure in the liberal movement who backed Sanders in 2016.

Grijalva said in an interview that he reached out to Warren – not the other way around – and decided to back her after watching how she accomplished things in the Senate by ensuring that various colleagues felt included. When the two worked together on legislation, he said, Warren would often call him directly.

“I think there’s an inclusiveness there, without selling out your principles and without selling out the agenda,” Grijalva said. “She represents a workperson-like attitude toward policy and kind of a doggedness about ‘We’ve got to get this done and this is why.’ And she brings people in . . . I think that kind of an attitude does bring people together.” 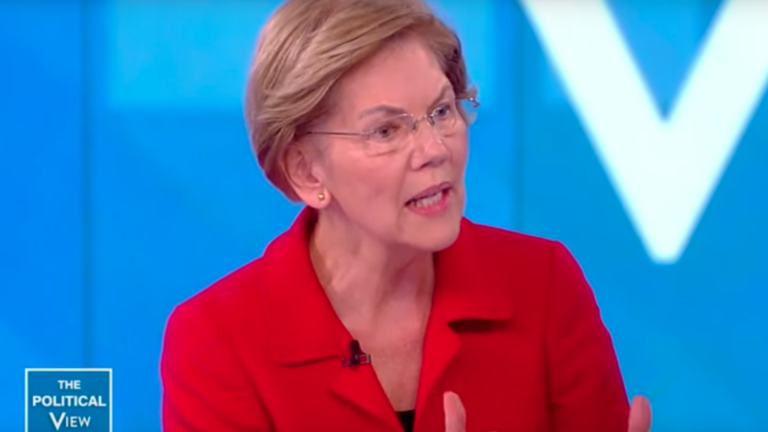