Gov. Charlie Baker says “the state of our commonwealth is strong.”

The state of our transportation system? Less so.

With commuters increasingly frustrated and local Democrats bashing him on the subject, transportation was among the top issues that the Massachusetts Republican mentioned during  his State of the State address Tuesday night. The speech even included a few newsy announcements.

“Much remains to be done,” Baker said.

1. Here’s one governor not backtracking on TCI

To be fair, there are several governors not backing down on the regional Transportation and Climate Initiative (for example, see Gina Raimondo).

But after more details about the TCI and its potential impact on gas prices were released last month, several New England governors — both Democrats and Republicans — have distanced themselves, if not outright rejected, the proposed interstate plan to reduce carbon emissions.

Baker, whose administration is leading the effort, held firm Tuesday night. Announcing a new commitment to reach net-zero greenhouse gas emissions by 2050, the governor said that addressing the transportation sector, which represents 40 percent of total emissions in Massachusetts, had to be part of the equation.

“Unless we take on transportation, we won’t meet our objectives,” he said. “I get that this is going to be hard. But together, we have a real opportunity — and a responsibility — to achieve a significant reduction in transportation emissions.”

Baker noted that the cap-and-invest model of TCI, which would require local fuel distributors to buy permits for the amount of emissions they produce and use the revenue to fund more sustainable transportation options, is modeled after the Regional Greenhouse Gas Initiative, which focused on power plants.

According to Baker, RGGI incentivized power plants to adopt cleaner energy and yielded billions in revenue for energy efficiency programs. As a result, he said greenhouse gas emissions in the power sector have dropped nearly 50 percent since the pact began in 2009.

“Applied to the transportation sector, the same market mechanisms can encourage automakers and fuel suppliers to find efficiencies and deploy cleaner fuels,” Baker said Tuesday. “In addition, the Transportation Climate Initiative will deliver millions of dollars in needed investments in our transportation infrastructure. It’s a critical part in expanding public transportation, transforming our highways and reducing congestion.”

2. More money for the MBTA

However, Baker said that the state’s transportation challenges are “far more expansive than just climate change.”

According to the governor, “decades of underinvestment in the T” has conspired with a growing population to put “tremendous pressure on every part of our transportation system.”

“The issues we’re all dealing with, and the loss of time and reliability that comes with them, are unacceptable,” he said.

Baker touted his administration’s work to improve MBTA service, including a five-year, $8 billion dollar capital investment plan to modernize the system’s infrastructure, as well as the resuscitation of delayed projects like the Green Line Extension and South Coast Rail. Last year, the MBTA spent $1 billion on improvements, and plans to spend $1.4 billion this year. Lawmakers also recently approved a one-time infusion of $32 million for the MBTA.

Baker says there’s “much more to do.”

After a report last month found that recent cost-cutting at the MBTA under Baker had, among other things, undermined the agency’s work to prioritize safety, the governor announced Tuesday that — in addition to the one-time investments — he would propose an increase of $135 million in the T’s operating funds in his upcoming budget.

“This will ensure the T has the resources it needs to implement the recommendations of its Safety Review Panel and continue to accelerate service improvements,” Baker said.

While it’s still unclear how exactly those funds would be allocated, transit advocates applauded the proposed increase as a step in the right direction. Activists and officials have long called for new revenue to address both the T’s budget deficit and efforts to improve service.

“This is a key part of the puzzle, but not enough to fix our transportation crisis,” Chris Dempsey, the director of Transportation for Massachusetts, tweeted after Baker’s speech.

For all the talk of “transforming our highways and reducing congestion,” Baker and his administration have remain opposed to potentially the most transformative traffic solution.

In his speech, the governor called on state lawmakers to pass his proposal to tighten oversight on and collect data from so-called transportation network companies like Uber and Lyft, which have seen remarkable growth in Massachusetts and disproportionately pull riders from public transit.

State officials say collecting data from those companies would help them plan and manage the increasing amount of traffic produced by TNC trips. Baker’s bill was included in a committee hearing Friday.

“Legislation that we filed will give us the information and the tools we need to better manage where they can go and when, so that they remain a vital but less disruptive part of our transportation community,” he said Tuesday.

The bill does not propose raising the state’s $0.20-per-ride fee on TNCs, which has fallen behind what other major cities charge. And the speech came hours after Transportation Secretary Stephanie Pollack reiterated the administration’s opposition to using highway tolls on all cars to reduce congestion, which has achieved some success in cities like London and Stockholm.

At an earlier event, Pollack said that Boston’s density meant that some degree of traffic will always be a feature, according to the State House News Service. In addition to the equity concerns around congestion pricing, she questioned if trying to incentivize drivers to travel at different times would be effective. As Baker said during his speech, traffic is “no longer just at rush hour.”

While the administration is studying other longterm congestion solutions, Baker called on lawmakers to at least take action on their TNC bill in the near term.

“We know these are big, complicated issues, but we urge the Legislature to act as quickly as possible on these bills,” he said. “The sooner we have access to both the tools and the funding, the sooner we can make our transportation system safer, better and more reliable.” 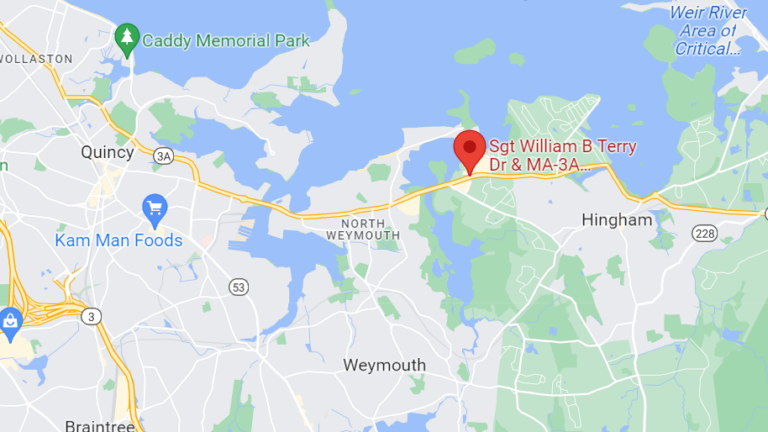