Sen. Elizabeth Warren says the logic that her student loan debt relief plan is unfair to those who already saved money for college would be an argument against all sorts of future improvements.

Over the long weekend, the Massachusetts senator and Democratic presidential candidate was confronted by a father in Iowa, who was angry about her higher education plan, which would make tuition free at public colleges and erase up to $50,000 in student loan debt for those with a household income under $100,000.

“I saved all my money just to pay [my daughter’s] student loans,” the man said. “Can I have my money back?”

“Of course not,” Warren replied.

At a campaign event today in Grimes, Iowa, Sen. @ewarren took a question from a man who got testy about her college tuition plan.

“So you’re going to pay for people who didn’t save any money and those of us who did the right thing get screwed?” he said.

Frustrated that he worked “double shifts” to save while others weren’t as frugal, the man stormed off after Warren didn’t budge from her position. The selfie-line exchange Monday went largely unnoticed, until it was picked up by conservative media outlets Thursday and quickly circulated online and cable news.

During an appearance Friday morning on “CBS This Morning,” Warren was asked what she would say to those who empathize with the father’s position.

“We build a future going forward by making it better,” she said. “By that same logic, what would we have done? Not started Social Security because we didn’t start it last week for you or last month for you?”

Last night, a father who saved for his daughter’s college education approached @SenWarren and challenged her proposed student loan forgiveness plan.@TonyDokoupil asks the senator for her response: pic.twitter.com/jLUXPqChC6

Warren recalled how she paid $50 a semester in tuition to go to the University of Houston in the 1960s. Given the skyrocketing costs of attending college in the United States, the Cambridge Democrat has argued urgent relief is needed to ensure young people today can afford the same opportunity.

Asked if that meant “tough luck” to those who had already saved or paid for college, Warren said “no.”

“I was able to go to college and become a public school teacher because America had invested in a $50-a-semester option for me,” she said. “Today, that’s not available, and our kids have taken on a trillion-and-a-half dollars in student loan debt. We have got to back that up and say we’re doing better going forward.”

Warren recently vowed to use executive action, if elected president, to implement her student loan plan, which would wipe out all debt for an estimated 95 percent of student loan borrowers. She says the plan would be funded by her proposed wealth tax on fortunes over $50 million, which — along with the rest of her college affordability plan — would need congressional approval. 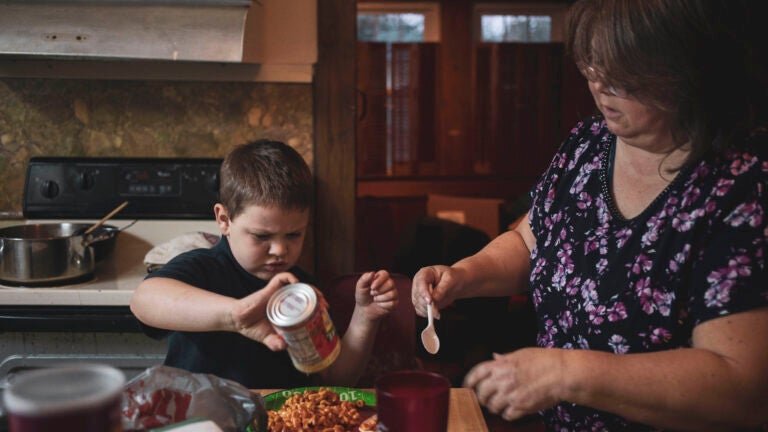