BEIJING (AP) — A new virus that started in China and is popping up around Asia hung over the first day of the Year of the Rat in much of the region.

Lunar New Year festivities were canceled across mainland China on Saturday and scaled back in the semi-autonomous city of Hong Kong, where residents also endured months of anti-government protests in the last lunar year.

The new coronavirus — from a family of viruses that also caused the deadly SARS epidemic in 2002-03 — didn’t stop everyone from going to temples, but many wore face masks as protection.

Many people stayed home with temples, major tourist sites and movie theaters all shuttered as authorities sought to limit the spread of the virus.

People in Wuhan, where the outbreak started, and more than a dozen nearby cities are unable to move about easily or leave town after authorities shut down buses, trains and planes and set up roadblocks to limit the spread of the virus.

The Forbidden City in Beijing, Shanghai Disneyland and a major safari park are among the tourist destinations that have shut indefinitely.

“The atmosphere of Lunar New Year is not as good as last year even if there’s no coronavirus,” said May Wen, wearing a blue face mask. “Some shops closed down, and people aren’t in the mood to go shopping.”

In an annual tradition, a press of worshipers jostled for position to try to be first in line to plant their incense sticks and say prayers.

The city has canceled a fireworks show and a four-day carnival that was set to begin Sunday because of concerns about the virus.

Thousands of people, many wearing face masks because of the viral outbreak, visited Longshan Temple in Taipei, the capital city.

Many prayed in the central courtyard and worshiped the goddess Matsu, protector of fishermen, in the rear courtyard.

Taiwan has confirmed three cases of the virus, including a Taiwanese businessman who works in Wuhan and a Chinese woman who was part of a tour group from Wuhan.

It’s a ritual all over the country to lay flowers and bow to portraits and statues of the Kims, father and son, on public holidays. Giant statues of the two men stand on Mansu Hill overlooking downtown Pyongyang, the capital.

“Today our pupils get to know more about our traditional folk games, the customs of our folk holidays,” said Kim Il Sun, a teacher.

North Korea has closed its borders to foreigners to prevent the virus from entering the country. 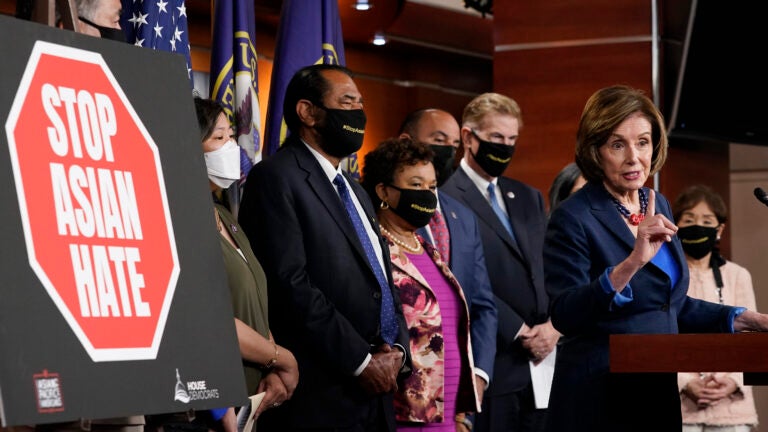