Sen. Bernie Sanders is speaking out against the Suffolk Downs redevelopment project — and receiving a mixed response from local officials.

As his 2020 presidential campaign dials in on Massachusetts ahead of the state’s primary election Tuesday, the Vermont senator voiced support for the local activists who have criticized the mega-project’s planning process in a tweet Thursday night.

“We need affordable housing for all instead of more gentrifying luxury developments for the few,” Sanders wrote. “I stand with the longtime residents of East Boston fighting displacement from the communities they have spent generations building.”

We need affordable housing for all instead of more gentrifying luxury developments for the few. I stand with the longtime residents of East Boston fighting displacement from the communities they have spent generations building. https://t.co/OGpZAD755O

Sanders linked to a Feb. 3 article about an effort to halt the project over complaints that the planning process has not been accessible enough to non-English speakers in East Boston, where around half of the population is foreign born.

However, the tweet also received a swift response from those closely involved with the massive project, which over two decades would transform the closed horse racing grounds into a new neighborhood in the housing-strapped Boston area.

“We agree that Boston needs more affordable housing,” Thomas O’Brien, a founding partner and managing director of the HYM Investment Group, which is developing Suffolk Downs, told Boston.com in a statement in response to Sanders.

“That’s why our plans for Suffolk Downs will create the largest amount of affordable housing ever created by a single project in Massachusetts,” O’Brien said.

The 161-acre project — split between East Boston and Revere — is slated to create 10,000 new apartments, condos, senior housing units, and townhomes. Twenty percent of the new housing created by the project will de designated as affordable, or 1,430 units, which exceeds the 13 percent requirement set by Boston’s inclusionary development policy.

Five hundred of those units will be created off-site, while 13 percent — or 930 — of the new units at the Suffolk Downs site itself will be designated as affordable. HYM says it will contribute $5 million toward a housing stabilization fund to assist East Boston-based nonprofits in efforts to bring the total number of affordable housing units created to 20 percent.

“And by redeveloping a shuttered horse racing track, we are adding to the communities of East Boston and Revere without displacing a single resident,” O’Brien added.

At the same time, community activists have expressed concerns about whether those units will truly be affordable for existing residents of East Boston. According to city data, the median annual income in the diverse neighborhood is $52,935 — compared to the $62,021 median throughout the city of Boston, on which the city bases its affordable housing policy. And as the Boston Herald recently reported, those figures are lower for Black and Hispanic families, who fear they’ll be pushed out of area by rising rents around Suffolk Downs.

The Boston Planning and Development Agency could vote on the proposed project as soon as next month.

“Don’t worry @BernieSanders I have a PLAN FOR THAT!,” Edwards tweeted.

The affordable housing units proposed by HYM would, on average, be available to those making 70 percent of Boston’s area median income (AMI), which is close to $90,000 a year for a family of four. But as Edwards noted in a letter last fall to BPDA officials, the median income in East Boston is closer to 50 percent AMI. And for renters and communities of color, she said it’s more in the 30 percent to 40 percent AMI range (the BPDA’s website has more on how AMI translates to rent and sale prices).

In addition to calling on HYM to develop on-site housing units available to those making 30 percent to 50 percent of AMI, Edwards said she’d been working on policies to promote inclusionary development. While she commended HYM’s commitment to climate change resiliency, sustainable transit, and unions, Edwards added, “We are still not there yet.”

I believe we need to set clear safeguards in place to ensure that over twenty years of development we ensure we are truly building for all Bostonians. This has been my priority from day one, and I intend to keepn fighting for it.

“I believe we need to set clear safeguards in place to ensure that over twenty years of development we ensure we are truly building for all Bostonians,” she said.

“Bernie is my bro, but when it comes to Suffolk Downs, I’m With Her (@LydiaMEdwards ),” McLaughlin wrote in a tweet, which was deleted on Friday.

“I Can’t wait for Bernie to be president and invest billions in affordable housing, but until then Change Can’t Wait,” the East Somerville city councilor added.

“OK Boomer,” Arrigo shot back at the 78-year-old presidential candidate.

In all seriousness- I agree that MA residents should have better access to all types of housing. That’s why we engaged in a year long community driven process and collaborated with many stakeholders to make one of the largest developments in MA history a reality.

The second-term Democrat, whose city has already approved the Suffolk Downs plan, said the project was the result of a yearlong “community driven process.”

“Being an executive means making decisions that require compromise,” Arrigo added. “Nobody got everything they wanted but the end result was a positive for the community.”

Not everyone is so sure. The tweet by Sanders was echoed by numerous organizers in East Boston, where displacement and gentrification have become an increasing concern in recent years.

“At 70% AMI, the ‘affordable’ units won’t be affordable to longtime Eastie residents, who on [average] earn less than that,” the People United for East Boston Liberation and Organizing [PUEBLO] Coalition tweeted in response to O’Brien’s statement.

“Also, stating this project won’t displace residents ignores the speculative rise in housing costs around major developments like this, which leads to displacement,” the group said.

As the Boston Business Journal reported (and as Sanders referenced Thursday), the Boston-based group Lawyers for Civil Rights also filed a complaint earlier this month arguing that the BPDA had violated federal civil rights laws by failing to make the Suffolk Downs review process accessible to the 46 percent of East Boston residents with limited English proficiency. While the BPDA pointed to numerous meetings that were either translated or exclusively held in Spanish, the complaint said those services were found to be lacking or insufficient. They also said there were instances in which key documents were not translated; HYM officials noted that the entire Suffolk Downs project website has a Spanish translation and that the development team has done outreach in Spanish-language media.

The tweet Thursday by Sanders, who has built a strong base of Latino support, came just a day ahead of his first 2020 campaign stop in Massachusetts, as his campaign looks to deal Warren a severe blow in her home state on Super Tuesday. A WBUR poll released Friday even showed Sanders with a lead over his progressive rival in Massachusetts. He’ll speak at a rally Friday night in Springfield, followed by a Boston Common rally Saturday.

Warren’s campaign did not respond Friday to the move by Sanders to weigh in on the Suffolk Downs plan. But the move does probe an underexplored issue on which the two left-wing presidential candidates have a rare difference of opinion: the housing crisis.

While both Sanders and Warren have called for significantly increased federal investment in affordable housing, the Massachusetts senator has opposed her longtime ally’s call for a national rent control standard. Instead, she has supported laws that allow individual communities to make their own decision on rent control.

“Writing a rent control plan in Washington may work for Chicago, but it’s not going to work for Iowa City, or it may not work for Dallas,” Warren said at a forum in September, according to The New York Times.

The Bay State Democrat has her own housing plan — originally introduced in 2018 — that would double the Department of Housing and Urban Development’s budget with $500 billion in additional funding over 10 years to build housing for low-income families and incentivize state and local governments to relax “needless” exclusionary zoning rules, specifically citing minimum lot sizes and mandatory parking requirements.

Sanders also calls for getting rid of “restrictive zoning ordinances,” but his plan calls for three times the investment in affordable housing than Warren: $1.48 trillion over 10 years. 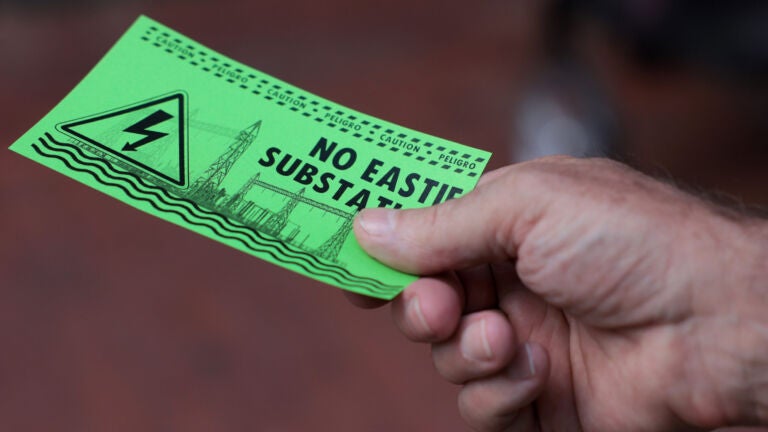 Boston voted overwhelmingly on this ballot question. Does it matter?