Through the first four 2020 presidential primary contests, Sen. Elizabeth Warren has yet to win a state. In fact, she hasn’t even come in second.

Headed into Super Tuesday, the Massachusetts senator is even at risk of losing her home state, which she reportedly declined to call a “must win” Saturday. But according to the Warren campaign, the race isn’t a matter of winning or losing states; it’s about accumulating delegates.

“We expect Elizabeth to have a strong delegate performance on Super Tuesday, and see the race narrowing considerably once all the votes are counted,” her campaign manager, Roger Lau, wrote in a memo released Sunday morning.

The memo was released hours before Pete Buttigieg, who is currently ahead of Warren in delegates, dropped out of the race — and a day after Tom Steyer ended his own bid. According to Politico, the campaign thought at least one more person would drop out in the next seven to 10 days.

Lau didn’t name names, but he previously argued that the race would become a three-way contest between Warren, Sen. Bernie Sanders, and former vice president Joe Biden. In a statement Saturday, the Progressive Change Campaign Committee, a PAC supporting Warren, suggested that Sen. Amy Klobuchar, who dropped out Monday afternoon, might be next.

“Pete and Amy have had feel-good blips of momentum, but will enter Super Tuesday without strength,” said Maria Langholz, the press secretary for PCCC.

Within 48 hours, they were both gone.

However, the race is still young — and Warren’s campaign says she is poised to earn “a sizable delegate haul” from the 14 states that vote on Super Tuesday, in which a third of all pledged delegates will be awarded.

According to the Democratic National Committee’s rules, candidates don’t necessarily have to win to come away with delegates; as long as they receive 15 percent support at the state level or in a congressional district, candidates can earn delegates toward the 1,991 simple majority needed to clinch the nomination.

That doesn’t mean Warren’s campaign thinks she will reach that mark. As Lau noted Sunday, it looks increasingly probable that no candidate will reach the majority threshold before the convention. And for the first time Sunday, Lau suggested the campaign was preparing for that scenario, in which superdelegates could come into play.

“In the road to the nomination, the Wisconsin primary is halftime, and the convention in Milwaukee is the final play,” Lau wrote, adding that the campaign would “ultimately prevail” at the convention.

Warren — whose staffers have adopted the mantra “outwork, out-organize, outlast” — has signalled openness toward letting superdelegates decide the nomination, after positioning herself as a candidate who could unite Democrats’ progressive and moderate wings.

More recently, however, after long-declining to attack her rivals, Warren has also taken a more aggressive approach — focusing on Biden, Sanders, and Mike Bloomberg, the former New York City mayor and Medford native who has poured roughly a half-billion dollars into his campaign.

In a speech Saturday night in Houston, Warren congratulated Biden on his win in South Carolina, but went on to attack her three rivals in the context of the coronavirus outbreak.

“Let’s be blunt,” she said, referring to Bloomberg’s primetime TV ad Sunday. “This crisis demands more than a billionaire mayor who believes that since he’s rich enough to buy network airtime to pretend he’s the president, that entitles him to be president.”

Warren went on to characterize Biden as “so eager to cut deals with Mitch McConnell and the Republicans that he’ll trade good ideas for bad ones,” referring to the vice president’s history and campaign pitch of striking deals with Senate Republicans. Warren then turned to Sanders, a fellow progressive ally who she has recently worked to cast as a less-effective leader.

“This crisis demands more than a Senator who has good ideas, but whose 30-year track record shows he consistently calls for things he fails to get done, and consistently opposes things he nevertheless fails to stop,” Warren said.

The more aggressive approach has yielded dividends, financially if not electorally, for Warren’s campaign. According to Lau, they raised $29 million in February, their best month and second only to the Sanders campaign’s $46 million haul in February.

A new super PAC has also pledged to spend $9 million in TV and digital ads supporting Warren, after she stopped firmly opposing such support; with the exception of Bloomberg, the other candidates in the race are also receiving air cover from dark-money groups.

After ending January short on cash, the campaign says their recent fundraising boon is enough to keep Warren in the race until a potential brokered convention, which Lau indicated would be the most likely outcome after Tuesday.

While saying Warren was one of the few candidates with “a viable path to the Democratic nomination,” Lau said Sunday that “as the dust settles after March 3, the reality of this race will be clear.”

“No candidate will likely have a path to the majority of delegates needed to win an outright claim to the Democratic nomination,” he said. 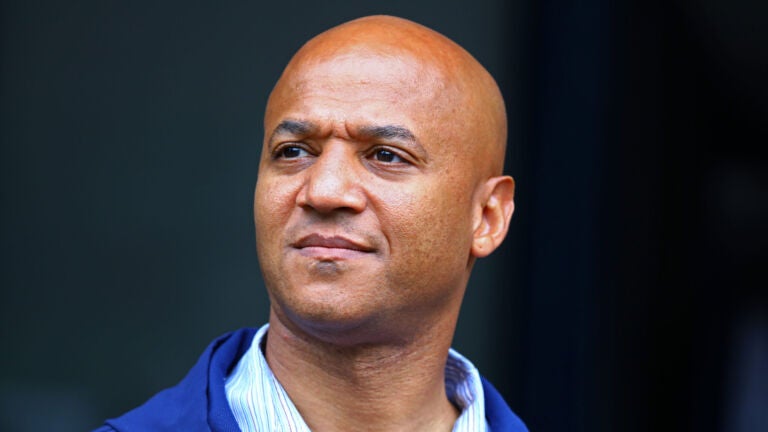