Warren, whose campaign struggled to gain traction in the early Democratic primaries and caucuses, had hoped to pull out a win in the state that first lifted her onto the national stage. Instead she finished third behind Sanders.

Days before the primary, Sanders had made a big push for Massachusetts voters, drawing thousands to rallies in Springfield on Friday and again at a rally on Boston Common on Saturday.

“If we have the largest voter turnout in the history of the Massachusetts primary on Tuesday… We can win here,” Sanders told the crowd. “We can win the Democratic nomination, we can defeat Donald Trump, and we can transform this country.”

Warren was cheered on by hundreds of supporters as she made the short walk from her Cambridge home to the elementary school where she votes Tuesday morning.

“2020 is a moment we’ve been called to in history and it is a moment not just to get rid of Donald Trump, it is a moment to build the America of our best values,” Warren told supporters who had gathered at the polling location, chanting “Welcome home.”

Warren didn’t stay long in the state. She headed off to participate in a campaign rally in Detroit on Tuesday night.

On the Republican side, President Donald Trump handily defeated former Massachusetts Gov. William Weld, who is mounting a long-shot effort to oust the president, who remains popular with GOP voters in Massachusetts.

Democratic Secretary of the Commonwealth William Galvin said voter turnout appeared to be running ahead of the presidential primary in 2016.

He said one indication was the number of people who clicked on his website to find their polling location. By the end of the day in the 2016 primary, about 291,000 had clicked on the site. By 5 p.m. Tuesday, more than 356,000 had used the site.

Galvin had predicted a healthy turnout, saying Monday that he expected as many as 1.5 million votes to be cast in the Democratic presidential primary. That would be a record turnout. He estimated a Republican turnout in the range of 350,000.

On Tuesday, Galvin said he expected the state to meet that expectation. He said there were no major glitches in voting.

Tuesday also marked the first time that Massachusetts allowed early voting in a presidential primary. Nearly 230,000 voters took advantage of early voting last week. About 190,000 of those ballots were cast in the Democratic primary. 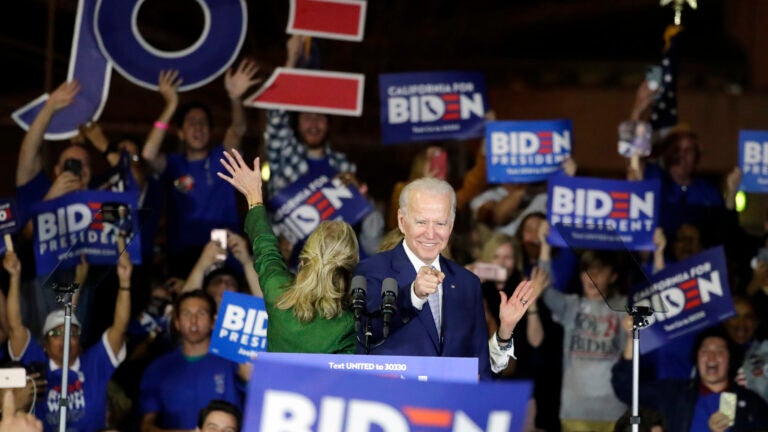