HOUSTON — President Donald Trump’s message that he wants the country to get back to work sooner rather than later has hit home with at least one senior state official — Dan Patrick, the Texas lieutenant governor.

Patrick, the Texas chairman of the president’s campaign, appeared on Fox News on Monday and said that he was not only ready for the country and the economy to get moving again amid the coronavirus pandemic, but also that he and other grandparents might be willing to die for that to happen.

“My message is that let’s get back to work,” Patrick, 69, said on “Tucker Carlson Tonight.” “Let’s get back to living. Let’s be smart about it, and those of us who are 70-plus, we’ll take care of ourselves, but don’t sacrifice the country.”

He added: “I’m not living in fear of COVID-19. What I’m living in fear of is what’s happening to this country. And you know Tucker, no one reached out to me and said, ‘As a senior citizen, are you willing to take a chance on your survival, in exchange for keeping the America that all America loves for your children and grandchildren?’ And if that’s the exchange, I’m all in.”

Tx Lt Gov Dan Patrick says grandparents would be willing to die to save the economy for their grandchildren pic.twitter.com/wC3Ngvtsbj

Patrick’s comments set off a backlash online, but were also met with some approval, with the reaction often splitting along Democratic and Republican lines. On social media, humorous GIFs about whether the old should sacrifice themselves for the young spread like wildfire, and #NotDying4WallStreet began trending on Twitter.

One woman used the hashtag to comment: “Not one single human being deserves to die for somebody else’s stock portfolio.”

Many economists say that there is no clear-cut exchange as Patrick suggested, predicting that a return to normal business, travel and gatherings could worsen a recession and put intense stress on the health care system by causing many more people to sicken and die. Some state leaders, like Gov. Andrew Cuomo of New York, have acknowledged conversations about how to restart state economies, but also said that they would not put business interests first.

“If it’s public health versus the economy, the only choice is public health,” Cuomo tweeted on Monday night. “You cannot put a value on human life.”

Why is it so hard to understand that our economy is us and we are the economy? If you think 1% of the country dying is going to be good for your portfolio, first of all you’re a sociopath, but also you’re in for a world of hurt when society breaks down.

Patrick told Carlson that he did not want to appear to be morbid, but he said that if he became sick, he would try to get better, “but if I don’t, I don’t.” And later he added, “Tucker, I intend to be around a long time on your show, but it’s worth whatever it takes to save the country.”

At a news conference at the White House on Monday night, Trump said he would weigh whether to keep the economy so tightly closed after the current 15-day period, which is set to end Monday. He said the government could extend it another week and that some regions could reopen for business before others.

“Our country wasn’t built to be shut down,” Trump said. “America will, again, and soon, be open for business. Very soon. A lot sooner than three or four months that somebody was suggesting. Lot sooner. We cannot let the cure be worse than the problem itself.”

Patrick said that he trusted the president’s judgment, should he decide to extend the period another week, but that some businesses could not wait an uncertain period of several more months. “I want to live smart and see through this, but I don’t want the whole country to be sacrificed,” he said.

Texas and Florida are the largest states whose governors have declined to order residents statewide to stay at home. Gov. Greg Abbott has been under pressure to order a statewide measure similar to the ones in California and New York, but he has resisted. Texas has more than 700 cases of the coronavirus and eight deaths, with most of the cases in the major metropolitan areas of Houston, Dallas, Austin and San Antonio.

Abbott said on Sunday that more than 200 of the state’s 254 counties have had zero cases of people with positive tests for the coronavirus, and what works in urban Texas does not necessarily work in rural Texas.

The governor’s approach has created a patchwork of local restrictions that differ from county to county. Lacking a statewide mandate, several cities and counties have issued their own stay-at-home orders for residents or were in the process of announcing them, including Dallas County, Austin’s Travis County, Houston’s Harris County and the cities of Waco and San Antonio. 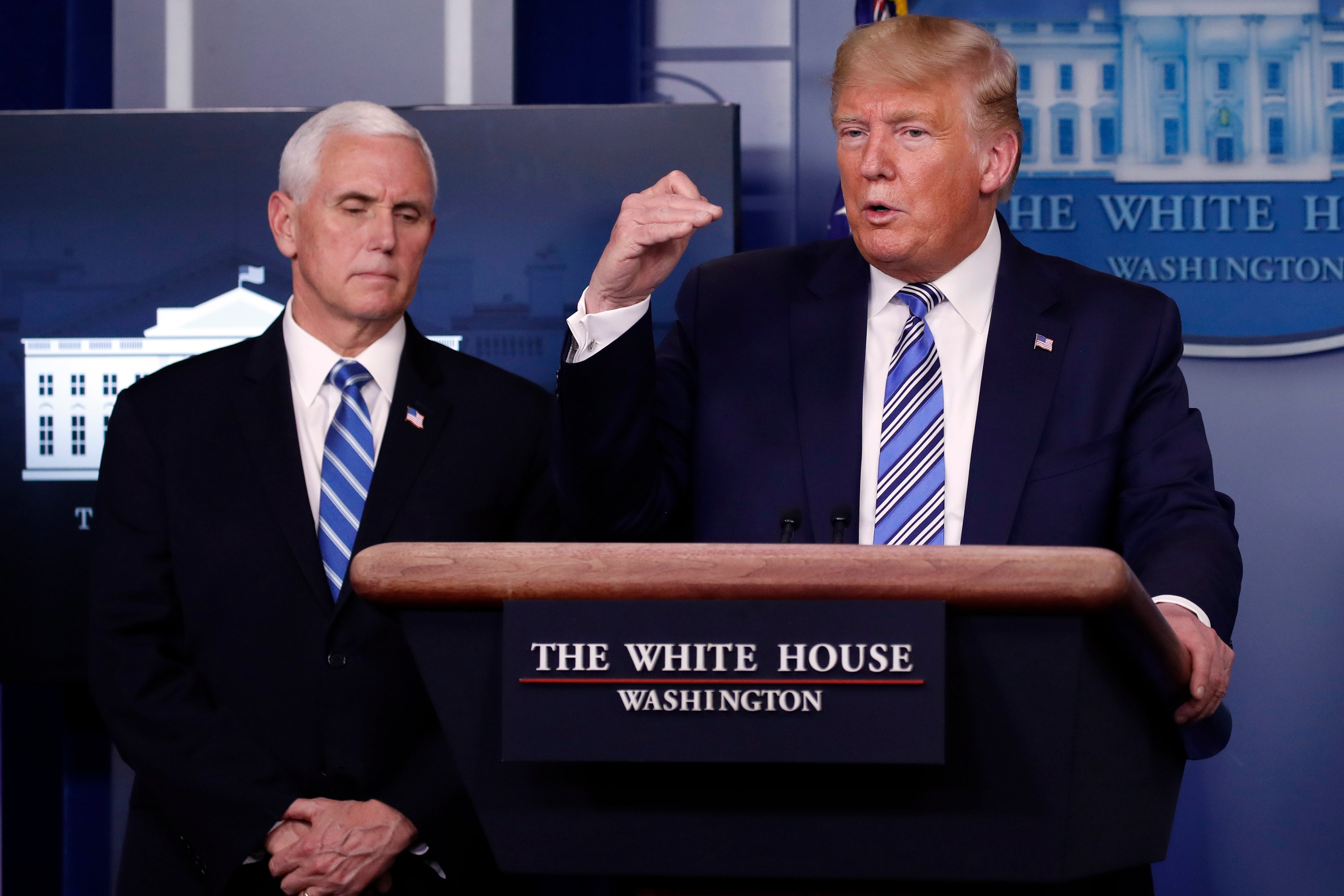 Trump says he intends to reopen country in weeks, not months