With the withdrawal Wednesday of Sen. Bernie Sanders from the Democratic race, Joe Biden and President Donald Trump have no remaining opponents but each other. The two men have already drawn clear battle lines for the campaign, framing the election as a choice between Biden’s sturdily traditional conception of U.S. presidential leadership and Trump’s proudly divisive approach.

Yet the actual activities of the campaign remain largely on hold, frozen by the coronavirus outbreak that has brought most other aspects of the country’s public life to a standstill. For the foreseeable future, the pandemic has overtaken all other issues in the campaign and may well turn the election into a one-issue debate over Trump’s record in the crisis.

Far from taking a triumphant victory lap that might have greatly amplified his message, Biden remains largely confined to his home in Wilmington, Delaware, addressing voters on television and over internet livestreams, and receiving frequent briefings from policy experts on the pervasive disease and its economic toll. If Biden and Sanders are to share the stage at a rally for party unity at some point, it is entirely unclear when that might even be possible in a long period of statewide lockdowns and social distancing.

Trump, too, has canceled all his campaign events, dispatching political surrogates and members of his family to make the case against Biden online but holding none of the rallies he had hoped to use to thunder against the former vice president all through the spring and summer. He has addressed the country daily from the White House briefing room, a forum often dominated by contentious exchanges with reporters about the halting federal response to the coronavirus.

Reflecting the sobering context for the campaign, the first direct exchange between Trump and Biden this week was not a public clash but a private phone call: The two spoke briefly Monday to discuss the outbreak, afterward sharing details only sparingly. Trump on Monday said it had been “a very nice conversation” in which Biden had shared a number of policy recommendations for dealing with the virus.

“He had suggestions,” the president said, adding, “Doesn’t mean I agree with those suggestions.”

Biden’s account was not much richer, and in a CNN interview Tuesday night he indicated that he and Trump had agreed to keep most details of their conversation confidential.

“I laid out four or five specific points that I thought were necessary,” Biden said.

The moment of mutual graciousness is unlikely to last very long: Trump has routinely attacked Biden in harshly personal terms, and he has sought to defend his own management of the pandemic by criticizing aspects of the Obama administration’s public health record, often in incomplete or misleading terms. He appears likely to try to blame the worst of the pandemic on international forces — like the Chinese government and the World Health Organization — and on the Democratic governors who have accused federal agencies of letting down their hard-hit states.

While Biden has taken a restrained approach to criticizing Trump over the past month, he is under pressure from other Democratic leaders and political donors to step up his antagonism of the president and his flawed management of an extraordinary public health emergency.

The once-turbulent Democratic race may have concluded more with a whimper than a bang, but it ended the same way it started: with the party’s voters overwhelmingly fixated on defeating Trump. That singular determination to oust the president spelled the demise of Sanders, who was offering voters a political revolution while Biden simply vowed to beat Trump “like a drum.”

Already, outside groups affiliated with Trump and Biden are spending millions to try and shape the political debate over the coronavirus. Two separate Democratic super political action committees are running television commercials and digital ads about the outbreak. One, Priorities USA, is attacking Trump for playing down the severity of the threat for months, while another, Unite the Country, is promoting Biden’s proposals for addressing the crisis.

A pro-Trump group, America First, has announced plans to spend $10 million attacking Biden in three of the most important states on the electoral map — Pennsylvania, Michigan and Wisconsin — all of which are confronting an intensifying challenge from the virus.

The political impact of the pandemic is still unclear, although the modest polling bump that Trump enjoyed last month — a function, experts said, of the public instinct to rally around a leader in a crisis — appears to have receded quickly. Biden has tended to lead Trump in general election polling, but the margins have varied widely.

A CNN poll published Wednesday found that a narrow majority of Americans said they now disapprove of Trump’s handling of the virus, almost exactly matching his overall approval ratings. Fifty-five percent of Americans said the federal government overall had done a poor job of confronting the outbreak.

There are signs that voters are growing more dissatisfied with the president’s response as he makes little attempt to refrain from his caustic ad hominem attacks when the economy is reeling, the death toll is soaring and voters are looking for reassurance.

“People are hungry for a sense of community and unity,” said David Axelrod, the Democratic strategist. “And his staff writes it into his script every day, but then he ad-libs lines that are completely at odds with that, and then he returns to his phone and starts tweeting the same way.”

Many presidents have run in times of economic difficulty, and just as many have been on the ballot when thousands of Americans were losing their lives. But few have sought reelection while facing both forms of dire adversity.

In 2004, the first presidential campaign after the Sept. 11, 2001, attacks, national security was at the forefront of President George W. Bush’s reelection bid, and just over 70% of voters said in exit polls that they were worried about terrorism. In 1992, when the economy had soured, Americans effectively cast a vote of no confidence in George H.W. Bush’s capacity to restore prosperity.

But no race since at least 1980, when voters lost faith in Jimmy Carter amid economic and foreign policy challenges, has been as much of a referendum on the president’s handling of a crisis as this contest is shaping up to be.

“How well did the president respond to a new and totally surprising set of circumstances, and did he keep Americans safe? That’s the question,” said Sen. Patrick Toomey, R-Pa., who reluctantly supported Trump in 2016.

Biden and Trump are facing a combination of conventional and wildly atypical challenges as they attempt to reposition themselves for the general election. For Biden, the traditional tasks of healing primary-season wounds and building up stronger campaign machinery have been greatly complicated by the context of the virus. He installed a new campaign manager, Jennifer O’Malley Dillon, and his aides have been recruiting a more robust staff, but many of the usual functions of a campaign — including voter outreach and fundraising — have been slowed or halted by the quasi-national lockdown.

His efforts to smooth divisions within the Democratic Party have taken place over the phone or in public forums like television interviews. He has spoken by phone to a number of his former primary rivals, including Sanders and Sen. Elizabeth Warren, endorsing several key liberal priorities aimed at securing their energetic support. On NBC’s “Today” show Tuesday, Biden said he wanted Sanders to be “part of the journey” for his campaign and eventual administration.

Even the usual process of auditioning vice presidential candidates has been upended by the virus, since it is not possible under the circumstances for Biden to hold in-person meetings with a range of options and go out for a day or two with each of them on the campaign trail. Still, Biden has said that he would begin the process of seriously vetting potential running mates within weeks.

Democrats are fretting, as they often do, that Biden has been diminished or at least obscured by this crisis. But his performance, at least until the virus subsides, is far less important to the outcome of the election than whether Trump is seen as handling this crisis well in the crucial weeks ahead.

Trump, for his part, has been experimenting with a number of campaign messages to replace the one he had counted on using: one that combined a promise that reelecting him would bring four more years of economic prosperity with a warning that a far-left Democratic nominee would imperil that trajectory.

With the economic argument off-limits, at least for now, and the Democratic Party’s left wing humbled in the primaries, Trump has been floating a number of alternative arguments for his candidacy in the White House briefing room, to uncertain effect.

At times, he has seemed determined to argue that his management of the coronavirus had limited the impact of the disease, likely leaving the country with a casualty count in the tens or hundreds of thousands rather than millions. At other moments, Trump has reached for a version of the economic appeal he hoped to deliver all along, blaming the virus for having “artificially stopped” an expansion for which he took personal credit.

“We built the greatest economy in the world,” he said Monday. “I’ll do it a second time.”

One Trump strategy that has been immune to the effects of the virus has been his preference for scorching personal negativity toward his political opponents, including Biden, whom he attacked throughout the Democratic primary and at whom he has lobbed schoolyard taunts on Twitter for most of the past month, even as the coronavirus overwhelmed the activities of the campaign. 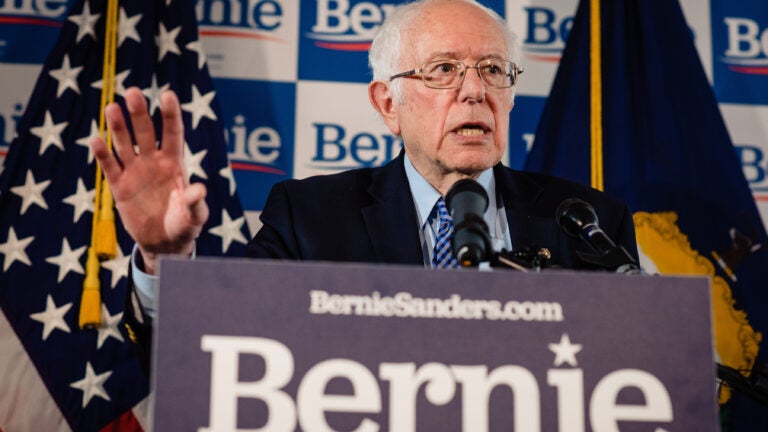