Rep. Ayanna Pressley pushed for the Centers for Disease Control and Prevention to include racial data in its coronavirus testing.

She won that battle.

The Democratic congresswoman announced Friday that the CDC was “adopting key tenets” of a bill she pushed for in congress.

BREAKING @CDCgov just announced they’re adopting key tenants of our racial data bill. Daily #COVID19 data will save lives. Now let’s make sure every level of gov is acting on these reports in real time to support our communities of color & the disability community

Pressley shared that the goal of her bill is to help African American communities that she claims “bear the brunt” of pandemics in an appearance on MSNBC Saturday.

“The reason why I began that call early on, banging the drum, and the need for us to collect racial data in real-time to disaggregate it, to publicly report it, is because history shows us black and brown communities disproportionately bear the brunt of all of our public health challenges,” Pressley said. This is certainly true when it comes to viruses.

“We saw that with the H1N1 as well, that the number of hospitalizations and fatalities, there was a greater representation from African Americans. And so history has shown us and that is why we began banging the drum earlier.”

.@CDCgov is acting on calls from me @RepRobinKelly, @RepKarenBass @RepBarbaraLee & releasing some #COVID19 race and ethnicity data – a key first step. I joined @AliVelshi to discuss what more we can do to center the humanity of communities of color and save lives in this outbreak pic.twitter.com/wolpjhTU9S

Pressley told anchor Ali Velshi that she’s happy with the CDC’s decision to include racial data in its COVID-19 reports, but it doesn’t stop there.

“I am encouraged by the announcement by the CDC,” Pressley said. “It is a step in the right direction to save lives, but we still need more. And so the bill we introduced this week asked for resources for our states and our municipalities in order to do the rapid testing.”

Pressley said that her reason for wanting the racial data from testing wasn’t to confirm her belief that minorities bear the brunt of the coronavirus. Rather, she wants the data to help on what to do moving forward.

“The whole point of collecting data is so we can get ahead of this,” Pressley said. “We are unfortunately already behind because of the science denials, the criminal negligence, the sluggish response of this administration, and behind is the last place you want to be when you’re dealing with a pandemic like the coronavirus.

“So, the data is not so we can lament, ‘Oh, what we’ve seen in the past is bearing out again.’ We know the structural racism exists. We know there’s unequal access to healthcare. And so anecdotally, we already know what’s going to happen. We need the data to save lives because it directly informs where the resources go.”

Pressley cited what’s happening in her district (the Massachusetts 7th) as another reason why she wanted the CDC to include racial data in its coronavirus testing.

Massachusetts has shared its data from coronavirus tests and Pressley pointed out that by doing that, it has helped the state’s relief efforts.

She hopes that with this announcement from the CDC, the federal government can see similar results.

“Because Massachusetts was one of those states that was sharing data, now the lines of communication are open,” Pressley said. “The National Guard is now there helping to address food and security concerns. And we are exploring other ways, mobile testing, rabid testing. There is still more that needs to be done, but we’re heading in the right direction.” 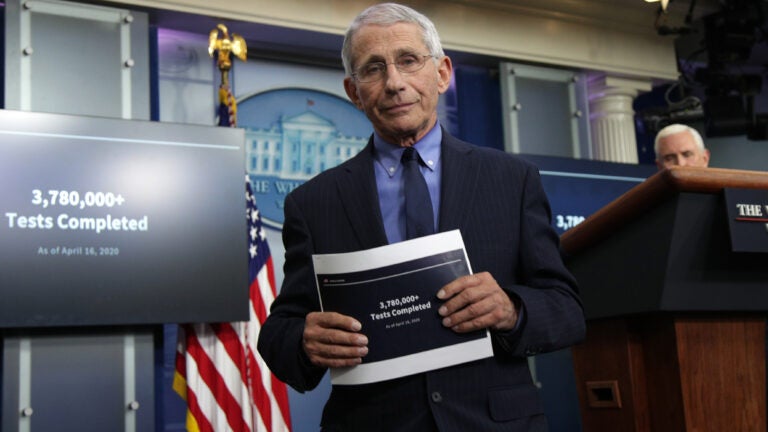 The coronavirus in America: what the year ahead could look like