WASHINGTON — Republicans and Democrats in Congress have begun a new push to shut down a Pentagon program that transfers military weaponry to local law enforcement departments, as bipartisan urgency builds to address the excessive use of force and the killings of unarmed Black Americans by the police.

With protests turning violent across the country, lawmakers are scrutinizing the Defense Department initiative — curtailed by former President Barack Obama but revived by President Donald Trump — that furnishes police departments with equipment such as bayonets and grenade launchers. The move comes after several nights when officers wearing riot gear have been documented using pepper spray and rubber bullets on protesters, bystanders and journalists, often without warning or seemingly unprovoked.

The push stands in stark contrast to the reaction of Trump, who has often encouraged rough tactics by law enforcement and spent Monday complaining privately to governors that they were not handling protesters aggressively enough.

“Mayors and governors must establish an overwhelming presence until the violence is quelled,” Trump said in remarks from the Rose Garden on Monday evening. “If a city or state refuses to take the actions necessary to defend the life and property of their residents, then I will deploy the United States military and quickly solve the problem for them.”

On Capitol Hill, however, where Republicans often take their cues from the president, most lawmakers had a different message as they focused on the immediate catalyst for the protests: George Floyd, a Black man in Minneapolis who was killed after a police officer knelt on his neck for a prolonged period.

“In no world whatsoever should arresting a man for an alleged minor infraction involve a police officer putting his knee on the man’s neck for nine minutes while he cries out ‘I can’t breathe’ and then goes silent,” Sen. Mitch McConnell, R-Ky., the majority leader, said Monday. “Our nation cannot deafen itself to the anger, the pain and the frustration of Black Americans. Our nation needs to hear this.”

Top lawmakers in both parties and on both sides of the Capitol moved quickly last week to announce their intention to hold hearings on the use of excessive force by law enforcement and racial violence.

Sen. Brian Schatz, D-Hawaii, who has long pressed to limit the transfer of military-grade equipment to police departments, announced that he would move to include an amendment in the must-pass annual defense policy bill to shut down the program.

“It is clear that many police departments are being outfitted as if they are going to war, and it is not working in terms of maintaining the peace,” Schatz said in an interview. “This is not the only thing we need to do, but as our country sees these images on television that remind us of some countries far, far away, it’s time to recalibrate this program. Just because the Department of Defense has excess weaponry doesn’t mean it will be put to good use.”

Doug Stafford, Sen. Rand Paul’s chief strategist, responded on Sunday night to Schatz’s idea: “We’ve being doing this one for years. Happy to help,” he wrote on Twitter. Paul has also been a longtime proponent of the demilitarization of local police and has previously teamed with Schatz to reform the Pentagon program, known as 1033.

We’ve been doing this one years. Happy to help.

It is unclear how much support Schatz’s measure could receive in the Republican-controlled Senate. But in the House, Rep. Ruben Gallego, D-Ariz., a former Marine, said Monday that he would introduce similar legislation, opening up the possibility that the measure could find additional traction in making its way into the final defense bill.

“As a combat veteran and proud Marine, very little of my equipment or training was relevant to policing Phoenix or other American communities,” Gallego said. “Our neighborhoods aren’t war zones.”

On his call with governors on Monday, the president appeared to applaud the National Guard’s handling of the riots in Minneapolis, pointedly remarking on their use of tear gas.

“They just walked right down the street, knocking them out with tear gas, tear gas,” Trump said. “These guys, they were running.”

Secretary of Defense Mark T. Esper used military language on the same call with governors, telling them, “we need to dominate the battle space,” and that they would have his full support.

Sen. Cory Booker, D-N.J., on Monday laid out a framework for a series of reforms he said he hoped the Senate would take up. It included creating a national police misconduct registry, incentivizing states to adopt policies banning the use of chokeholds and reforming a legal doctrine known as qualified immunity that shields police officers from being held legally liable for damages sought by citizens whose constitutional rights were violated.

“Cities are literally on fire with the pain and anguish wrought by the violence visited upon Black and brown bodies,” Booker said. “There’s no one singular policy change that will fix this issue tomorrow. We need an entire set of holistic reforms to improve police training and practices, and ensure greater accountability and transparency.”

Rep. Justin Amash, I-Mich., said he would introduce a similar measure to strike down qualified immunity.

A pattern of “egregious police misconduct” has continued, Amash said in a letter to colleagues, “because police are legally, politically and culturally insulated from consequences for violating the rights of the people whom they have sworn to serve. This must change so that these incidents of brutality stop happening.” 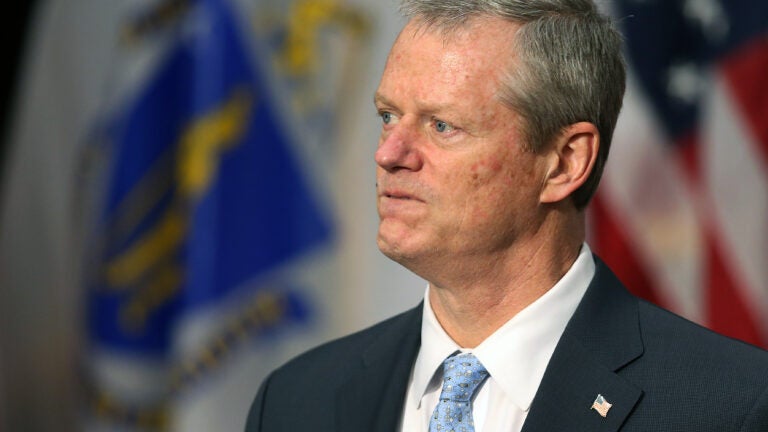