President Donald Trump said Friday that New Orleans Saints quarterback Drew Brees was right to assert that NFL players should stand for the national anthem and should not have apologized for his controversial comments this week.

“I am a big fan of Drew Brees,” Trump wrote on Twitter. “I think he’s truly one of the greatest quarterbacks, but he should not have taken back his original stance on honoring our magnificent American Flag. OLD GLORY is to be revered, cherished, and flown high. We should be standing up straight and tall, ideally with a salute, or a hand on heart. There are other things you can protest, but not our Great American Flag – NO KNEELING!”

Trump reinserted himself into the debate that he intensified in 2017 about players’ protests during the anthem over racial inequality and police treatment of African Americans. Brees brought the issue back to prominence when he said during an interview Wednesday with Yahoo Finance that he “will never agree with anybody disrespecting the flag of the United States of America or our country.”

Brees apologized for his statements, which were widely condemned by Saints teammates, opposing NFL players and plenty other observers amid nationwide protests over the death of George Floyd.

“I know there’s not much I can say that would make things any better right now,” Brees said on social media Thursday. “But I just want you to see in my eyes how sorry I am for the comments that I made yesterday. I know that it hurt many people, especially friends, teammates, former teammates, loved ones, people that I care and respect deeply. That was never my intention.”

Brees said Thursday that he will be “part of the solution.”

Trump said during a political rally in Alabama in September 2017 that NFL owners should fire any player who protests during the anthem, calling such a player a “son of a bitch.” That created a polarizing national debate about the issue. Former San Francisco 49ers quarterback Colin Kaepernick began the players’ movement of protesting during the anthem during the 2016 season. Players said they were bringing attention to injustice and their protests had nothing to do with the flag, the U.S. military or patriotism. Trump and others critical of the protests characterized them as unpatriotic.

The NFL declined to comment Friday on Trump’s latest remarks.

In an Instagram post Thursday, the league said: “This is a time of self-reflection for all – the NFL is no exception. We stand with the black community because Black Lives Matter. Through Inspire Change, the NFL, Players and our partners have supported programs and initiatives throughout the country to address systematic racism. We will continue using our platform to challenge the injustice around us.

“To date we have donated &#36;44 million to support hundreds of worthy organizations. This year, we are committing an additional &#36;20 million to these causes and we will accelerate efforts to highlight their critical work. We know that we can and need to do more.”

According to a person familiar with the situation, a member of the league office’s social media team was aware the video was being made after being contacted by one of the players.

Friday evening, the NFL tweeted the video and said, “Players, we hear you. #StrongerTogether”

Kaepernick has not played in the NFL since the 2016 season and settled a collusion grievance that he filed accusing the league and franchise owners of conspiring improperly to keep him out the sport. NFL Commissioner Roger Goodell said repeatedly that teams made their own decisions about whether to sign Kaepernick without colluding. Attempts by the league to stage a tryout for Kaepernick in front of a large number of teams last year unraveled over disagreements about the terms of the tryout, and Kaepernick instead held his own workout for a smaller number of teams at an Atlanta-area high school.

The NFL and owners reached a deal with a group of players on a social justice initiative in the aftermath of the 2017 controversy over players’ protests and the anthem policy. The league last year entered into an entertainment and social justice partnership with music mogul Shawn Carter, known professionally as Jay-Z. Fans’ attention on the NFL’s anthem policy gradually waned as fewer players protested and Trump mostly abandoned the topic.

The owners and league discarded a modified anthem policy to which they’d agreed in May 2018. That policy gave players the option to remain in the locker room for the anthem and empowered the league to fine a team for any protest by a player during the anthem but left it up to the team to decide whether to discipline a player for a protest. It was shelved after the NFL Players Association filed a grievance and contemplated litigation and following a report that the Miami Dolphins were leaving open the possibility of suspending a player for conduct detrimental to the team for a protest. 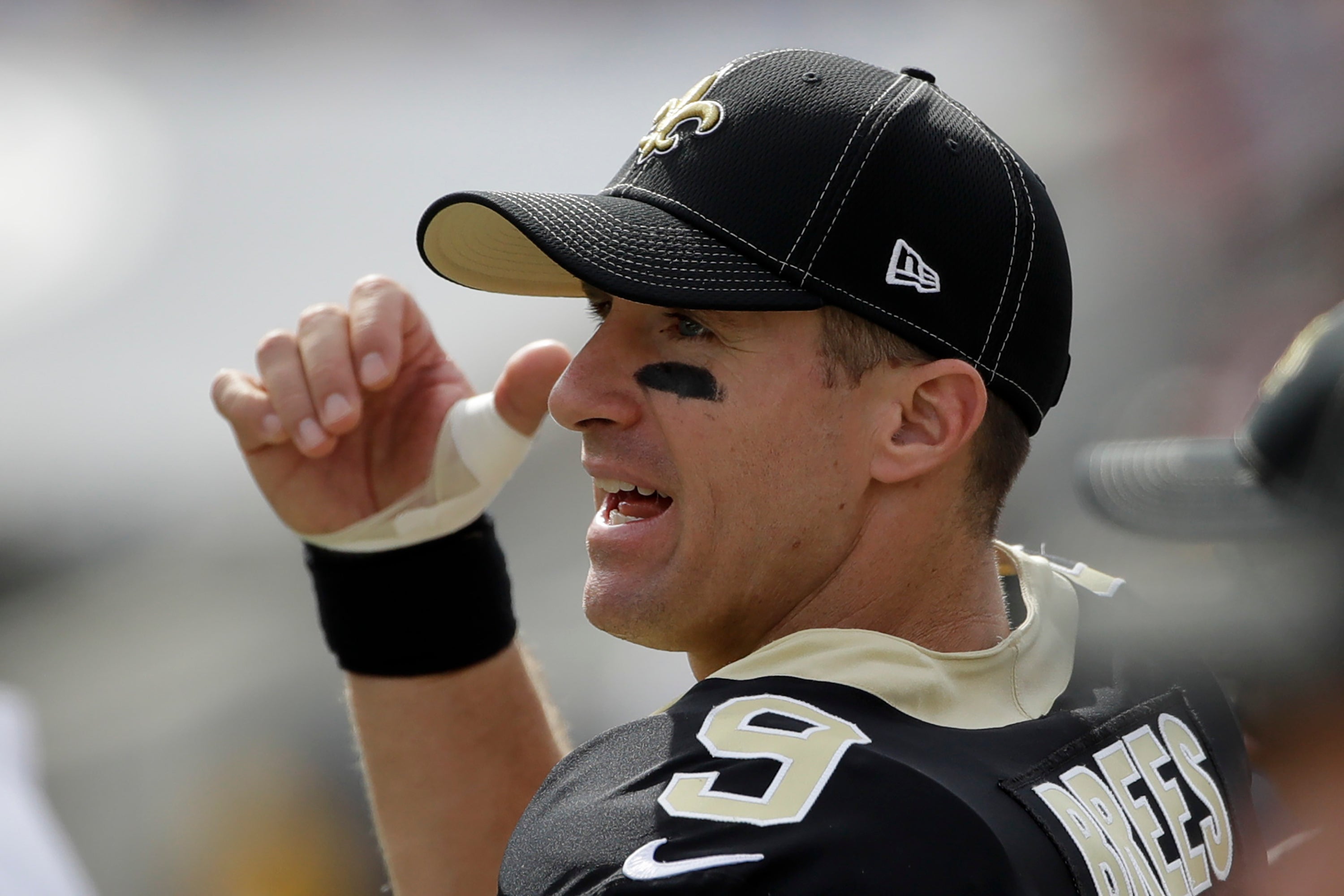