President Donald Trump bowed to pressure Friday night and announced that he would delay his upcoming campaign rally in Tulsa, Oklahoma, rather than hold it on the day that honors the end of slavery in the United States and is considered a major holiday by many African Americans.

The rally was originally set for next Friday, or June 19, the date known as Juneteenth, which marks the day in 1865 when Union soldiers arrived in Texas and read the Emancipation Proclamation announcing that slaves had been freed, the last of the Confederate states to officially receive the news.

The Trump campaign’s decision to hold a rally on Juneteenth in Tulsa, the site of one of the country’s bloodiest outbreaks of racist violence, generated vociferous criticism amid the national reckoning over race and justice in the United States following the killing of George Floyd, a black man who died after a white police officer in Minneapolis pressed a knee on his neck for nearly nine minutes. In a Twitter message shortly before midnight, Trump said he would move the rally to June 20.

“We had previously scheduled our #MAGA Rally in Tulsa, Oklahoma, for June 19th — a big deal,” he wrote. “Unfortunately, however, this would fall on the Juneteenth Holiday. Many of my African-American friends and supporters have reached out to suggest that we consider changing the date out of respect for this Holiday, and in observance of this important occasion and all that it represents. I have therefore decided to move our rally to Saturday, June 20th, in order to honor their requests.”

Democrats pounced on the original timing to denounce Trump for disrespecting the concerns of those calling for major changes in American society to address racism and police violence. The selection of Tulsa had also drawn complaints given its history as the site of a 1921 massacre by white mobs attacking black citizens and businesses with guns and explosives dropped from airplanes.

According to Republicans close to the president, the campaign was aware of the significance of the date once it announced the site but not before the site was selected. Once it was done, the campaign decided to move ahead, announcing the date before its contract with the event venue in Tulsa was finalized, people briefed on the events said. 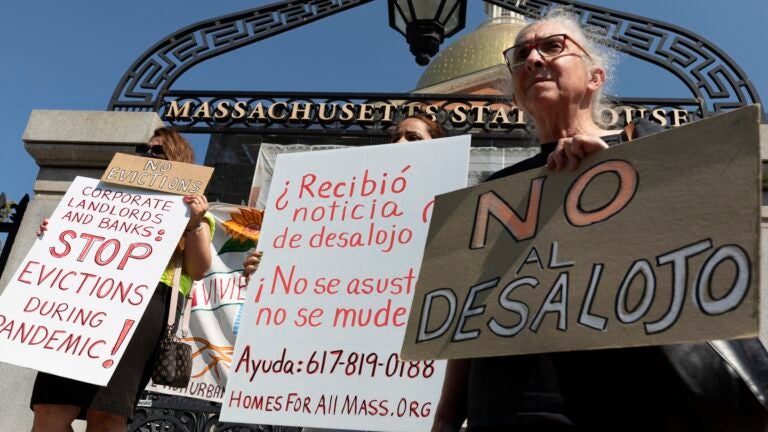 Evictions loom after Biden and Congress fail to extend ban