MIAMI (AP) — More than 40,000 cruise ship workers are still stuck at sea because of concerns about the coronavirus.

The Miami Herald reports that at least 42,000 workers remain trapped on cruise ships without paychecks, and some still are suffering from COVID-19, three months after the industry shut down.

Cruise lines stopped sailing in mid-March after several high-profile outbreaks at sea. More than 600 people fell ill aboard Carnival Corp.’s Diamond Princess while it was quarantined off Japan, for example. Fourteen passengers died.

The U.S. Centers for Disease Control has prohibited cruises in U.S. waters through July 24.

Some cruise ship workers have started being repatriated to their home countries.

About 3,000 Carnival Cruise Line workers got off in Croatia earlier this month to catch rides and flights home across Europe. MSC Cruises has flown more than 1,000 Indian crew members home on charter flights from Europe and South America. Royal Caribbean also flew more than 1,200 Filipino crew members home last week from Greece, Dubai, the United States and Barbados, according to the Herald.

Several Caribbean countries haven’t allowed cruise ships to dock in their ports out of concerns that they would cause spikes in the number of virus cases. Only Barbados has allowed for crew repatriation flights from its airports.

For most people, the coronavirus causes mild or moderate symptoms that clear up within weeks. But for others, especially older adults and people with existing health problems, the virus can cause severe symptoms and be fatal. 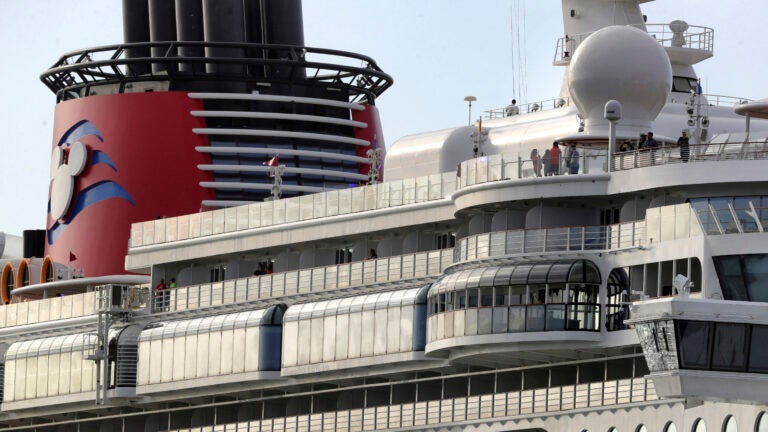