Attorney General William Barr on Friday night abruptly tried to fire the top federal prosecutor in Manhattan, Geoffrey Berman, who has investigated several of President Donald Trump’s closest associates, but Berman said he would not leave.

The clash focused new attention on the efforts by Trump and his closest aides to rid the administration of officials whom the president views as insufficiently loyal. It also touched off a crisis within the Justice Department over one of its most prestigious jobs, at a time when the agency has already been roiled by questions over whether Barr has undercut its tradition of independence from political interference.

Berman, the U.S. attorney for the Southern District of New York, and his team have been at the forefront of corruption inquiries in Trump’s inner circle. They successfully prosecuted the president’s former personal lawyer, Michael Cohen, who went to prison, and have been investigating Trump’s current personal lawyer, Rudy Giuliani.

“I have not resigned, and have no intention of resigning, my position,” Berman said in a statement, adding that he learned he was “stepping down” from a Justice Department news release.

Barr’s announcement that Trump was seeking to replace Berman was made with no notice. Barr said the president intended to nominate as Berman’s successor Jay Clayton, the chairman of the Securities and Exchange Commission, who has never served as a prosecutor.

Barr asked Berman to resign but he refused so Barr moved to fire him, according to a person familiar with the matter. Trump had been discussing removing Berman for some time with a small group of advisers, the person said. Trump has been upset with Berman ever since the Manhattan prosecutor’s office pursued a case against Cohen.

Trump’s purge of officials has intensified in the months since the Republican-led Senate acquitted him in the impeachment trial. He has fired or forced out inspectors general with independent oversight over executive branch agencies and other key figures from the trial.

Several dismissals have come late on Friday nights, a time that many White Houses have used to disclose news that they would prefer receive little attention.

The highly public tussle between Barr and Berman that unfolded late Friday was another example of the tumult that has engulfed the Justice Department in recent months.

Berman’s office has taken an aggressive approach in a number of cases that have vexed the Trump administration, from the prosecution of Cohen to a broader investigation, growing out of that inquiry, that focused on Trump’s private company and others close to him.

Over the last year, Berman’s office brought indictments against two close associates of the president’s current lawyer, Giuliani, and began an investigation into Giuliani himself, focusing on whether his efforts to dig up dirt in Ukraine on the president’s political rivals violated laws on lobbying for foreign entities.

Berman’s office also conducted an investigation into Trump’s inaugural committee, subpoenaing financial and other records as part of a broad inquiry into possible illegal contributions from foreigners.

A lawyer for Giuliani, Robert Costello, said he received no advance notice of Barr’s effort to oust Berman. Costello said Giuliani had no role in the matter.

“We certainly don’t know anything about it,” Costello said. “This comes as a surprise to us.”

Barr also announced that on his recommendation, Trump had appointed Craig Carpenito, the U.S. attorney for New Jersey, to serve as acting U.S. attorney in Manhattan while the Senate considers Clayton’s nomination. Barr said Carpenito’s appointment would be effective July 3.

Barr’s move to dismiss Berman came just days after Trump’s former national security adviser, John Bolton, alleged in his new book that Trump sought to interfere in an investigation by Berman’s office into a Turkish bank in a bid to cut deals with the Turkish president, Recep Tayyip Erdogan.

The U.S. Attorney’s Office in Manhattan is perhaps the most famous federal prosecutor’s post in the country. The office, through Democratic and Republican administrations, has long prized a tradition of independence from the Justice Department and Washington. It has even been nicknamed the “Sovereign District of New York.”

Berman worked there in the 1990s as a prosecutor, but he took over the office under unusual circumstances.

A Republican who contributed to the president’s campaign and worked at the same law firm as Giuliani, Berman was never formally nominated for the position by Trump or confirmed by the Senate, as is normal protocol for U.S. attorneys.

But Trump never formally sent Berman’s nomination to the Senate. After 120 days, his formal appointment to the post was made by the judges of the U.S. District Court.

Berman took note of the nature of his appointment to the position in explaining why he was refusing to step down.

“I was appointed by the judges of the United States District Court for the Southern District of New York,” Berman said in his statement. “I will step down when a presidentially appointed nominee is confirmed by the Senate. Until then, our investigations will move forward without delay or interruption.”

U.S. attorneys are typically replaced by their first assistants, but Trump’s choice to replace Berman is an outsider who has never worked in that office.

Clayton is not a litigator or a former prosecutor, which often are prerequisites to being named a U.S. attorney, especially in a jurisdiction as prominent as the Southern District.

Before being named chairman of the Securities and Exchange Commission by Trump, Clayton was a longtime corporate lawyer at the firm Sullivan & Cromwell, where he did work for banks, hedge funds and big corporations such as Goldman Sachs, Barclays and Alibaba.

It is a highly unusual to name an outsider to a prosecutor’s post like the one in Manhattan, but it is not the first time this has happened under Trump. When Jessie Liu left the U.S. Attorney’s office in Washington, she was replaced by an ally of Barr, Timothy Shea, rather than her first assistant.

Barr met with Berman on Friday in New York, according to a person familiar with the matter. It was not clear what they had discussed.

Barr was visiting New York to meet with senior New York Police Department officials and to talk about “policing issues that have been at the forefront of national conversation and debate,” according to a Justice Department news release.

On Thursday, Berman sent a message to the office about safety protocols for returning to work, sounding upbeat and giving no indication he was about to leave, according to a person familiar with the message.

Barr’s attempt to remove Berman came two days after excerpts released from Bolton’s upcoming book described what Bolton said was Trump’s willingness to intervene in criminal investigations, including one in Berman’s office.

Bolton wrote in the book that Trump in 2018 had promised the Turkish president, Erdogan, that he would interfere in an ongoing investigation against a Turkish company accused of violating Iranian sanctions.

“Trump then told Erdogan he would take care of things, explaining that the Southern District prosecutors were not his people, but were Obama people, a problem that would be fixed when they were replaced by his people,” Bolton wrote, according to an excerpt published this week in The Washington Post.

At the time, Berman was the U.S. attorney overseeing the case. The company, Halkbank, a state-owned bank in Turkey, was indicted in the Southern District last year.

Berman was also known for his office’s decision last year to bring sex-trafficking charges against Jeffrey Epstein, who had avoided a similar prosecution in Florida in 2008.

After Epstein committed suicide last August, Berman announced that the inquiry into Epstein’s sex trafficking conspiracy would continue and that his office was committed to standing up for the “brave young women” whom Epstein had abused.

The office has been investigating several of Epstein’s alleged co-conspirators, and it has been locked in a public dispute with Prince Andrew of Britain about what Berman has depicted as the prince’s refusal to assist the investigation. 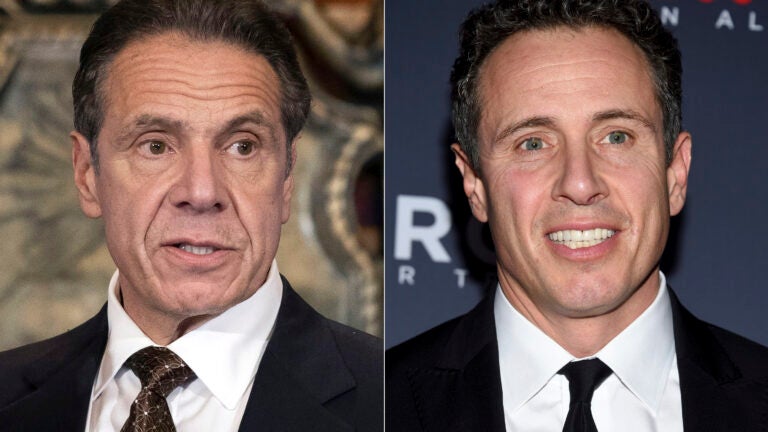 CNN’s Cuomo conundrum: A star anchor with a brother in trouble