A New York judge on Tuesday temporarily blocked the publication of Mary L. Trump’s scathing book about President Donald Trump, her uncle, which describes him as the “world’s most dangerous man,” saying no copies can be distributed until he hears arguments in the case.

The order leaves it uncertain whether the book will be published as scheduled on July 28.

New York Supreme Court Judge Hal Greenwald ordered a hearing next month on a request for an injunction by Trump’s brother, Robert, who has argued that Mary Trump is not allowed to publish anything about her family as part of a settlement in an inheritance case.

His attorney Charles Harder said in a statement Tuesday that he would seek the “maximum remedies available” for the “truly reprehensible” actions of Mary Trump and her publisher, which he said have caused “enormous damages” to his client.

“Short of corrective action to immediately cease their egregious conduct, we will pursue this case to the very end,” Harder said. 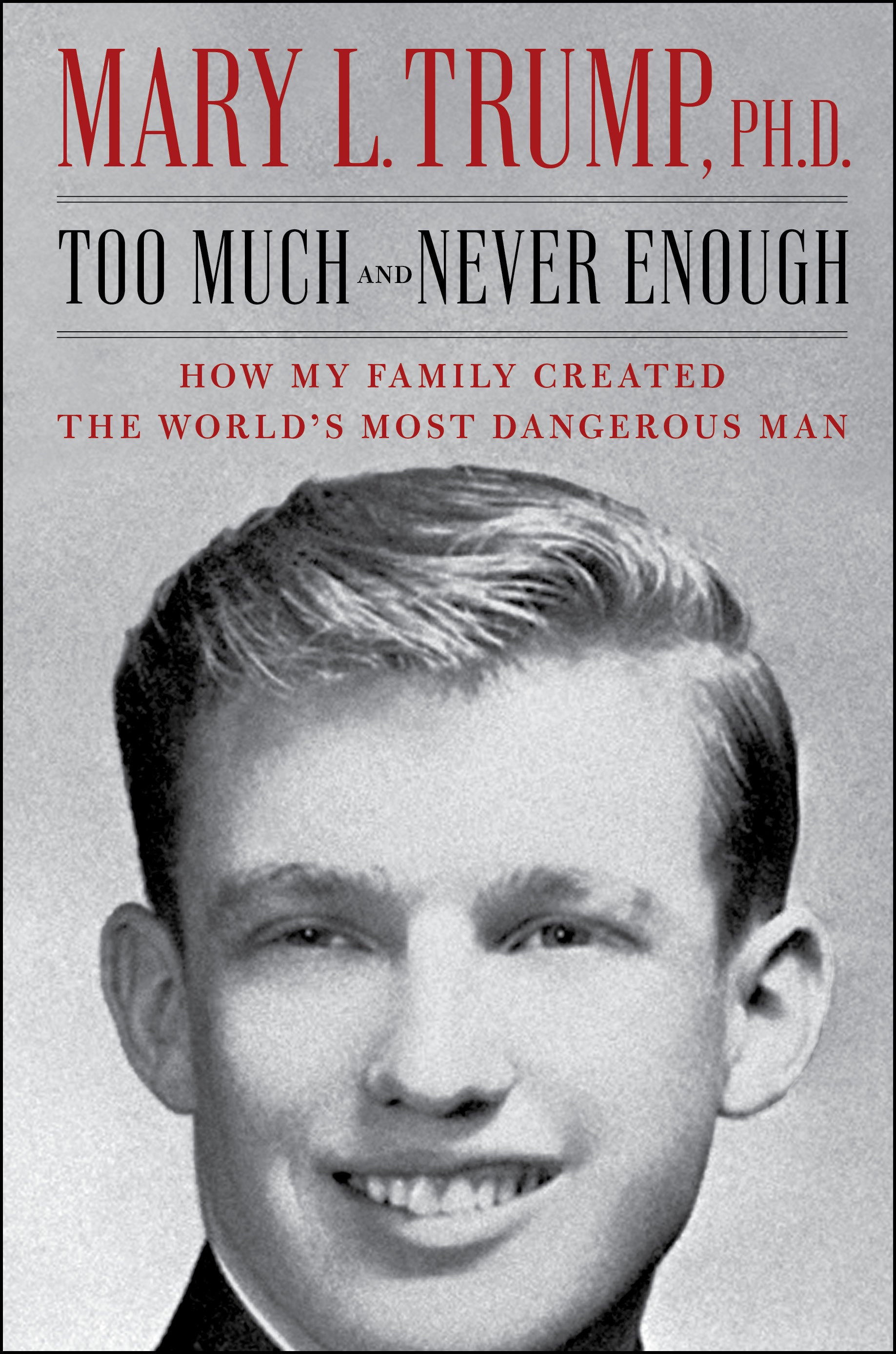 “Too Much and Never Enough: How My Family Created the World’s Most Dangerous Man” by Mary L. Trump, Donald Trump’s niece.

Mary Trump’s attorney Theodore Boutrous said in a statement that while the judge’s order is temporary, “it still is a prior restraint on core political speech that flatly violates the First Amendment. We will immediately appeal. This book, which addresses matters of great public concern and importance about a sitting president in an election year, should not be suppressed even for one day.”

Simon & Schuster said it plans to appeal the ruling.

“We are disappointed that the Court has granted this Temporary Restraining Order,” the publishing house said in a statement. “We plan to immediately appeal this decision to the Appellate Division, and look forward to prevailing in this case based on well-established precedents regarding prior restraint.”

The book, titled “Too Much and Never Enough: How My Family Created the World’s Most Dangerous Man,” has already ascended to the top of bestseller lists based on presales, underscoring the intense interest in a rare insider account by a Trump family member.

In promotional material for the book, the publisher said Mary Trump “shines a bright light on the dark history of their family in order to explain how her uncle became the man who now threatens the world’s health, economic security, and social fabric.”

Mary Trump spent years pursuing an education that led her to become a clinical psychologist, as The Washington Post recently reported.

Using that background, she explores the “nightmare of traumas” within the Trump family, according to the publisher.

“She explains how specific events and general family patterns created the damaged man who currently occupies the Oval Office, including the strange and harmful relationship between Fred Trump and his two oldest sons, Fred Jr. and Donald,” according to the book’s description.

Mary Trump’s father, Fred Jr. — the brother of President Trump — died from an alcohol-related disease when she was 16 years old in 1981, an event that had a deep impact on the family.

President Trump said in an interview with The Post last year that he made mistakes in dealing with his brother and regretted pushing him to join the family business.

Mary Trump was involved in a bitter dispute in the family over an expected inheritance when her grandfather, Fred Sr. died in 1999. She and her brother Fred III said in court papers that someone in or connected to the Trump family got Fred Sr. to change his will and give them less than they expected.

After all sides exchanged a round of accusations in court papers and newspapers, a settlement was struck and Mary Trump signed a nondisclosure agreement. Robert Trump, in asking the court to block Mary Trump’s book, said the book’s publication would violate the nondisclosure deal.

In his ruling, Greenwald did not discuss the specifics of the arguments of either side. Instead, he said the merits of Robert Trump’s petition deserved to be heard in court before the book can be published.

He ordered that the parties present their arguments on July 10 or as soon as possible thereafter. He said it will be up to Mary Trump and the publisher to show why an order to block the book should not be made. Mary Trump once stood up to her uncle Donald. Now her book describes a ‘nightmare’ of family dysfunction.