Two proposed Massachusetts ballot questions took a final step forward Wednesday — and two others did not.

The signatures still need to certified by Secretary of State Bill Galvin, but the deadline Wednesday was the final hurdle for the campaigns, which had to first submit more than 80,000 signatures last December.

The second round of signature gathering ran into complications due to the COVID-19 pandemic. Due to the health risks of collecting signatures in person, the Massachusetts Supreme Judicial Court allowed campaigns to solicit and submit online signatures.

However, that wasn’t enough for two of the four campaigns that had initially cleared the first signature threshold in December.

The campaigns to increase funding for nursing homes and to lift the cap on alcohol licenses owned by a single retailer have both effectively dropped their 2020 efforts, citing the effects of the pandemic and promising to try again in 2022.

A spokesman for the Massachusetts Senior Coalition, which was backing the nursing homes question, told the State House News Service that — despite filing nearly 20,000 signatures with municipal officials — they did not follow through on the final step with Galvin’s office.

According to the group, their efforts “were devastated by the effects of COVID-19,” which has hit nursing homes especially hard, both in Massachusetts and across the country.

“As COVID-19 inhibited direct contact with Massachusetts voters, it also required that the skilled nursing community focus all its attention and energy on caring for residents and frontline personnel,” the coalition told the news service in a statement.

While the industry has received millions in emergency aid, the coalition added that the effect of the coronavirus showed that “the need for an increase in nursing home funding has never been clearer.” According to the group, the nursing home industry faced a $360 million funding gap even before the pandemic.

The other proposed ballot question — an effort backed by Cumberland Farms to incrementally lift and ultimately eliminate the limit on licenses owned by food store chains for selling beer and wine for off-site consumption — was dropped last Friday.

“In light of the disruptions to the retail sector caused by COVID-19, the proponents of this initiative have made the difficult but necessary decision to refocus our resources toward the more immediate needs of our critical workforce, our loyal customers, and our host communities,” Matt Durand, the head of public policy for Cumberland Farms, said in a statement.

Durand added that “it’s become clear that leading an eight-figure ballot measure campaign is not a prudent course of action at this particular moment in history.”

But the Westborough-based convenience store chain is planning to try again in 2022. Durand also said they’re open to “a negotiated resolution” to increase the cap, as occurred in 2011 amid the threat of an expensive campaign.

“While some entrenched special interests in the liquor industry seem willing to gamble at the ballot box, I firmly believe the average package store owner would support a reasonable compromise,” Durand said. 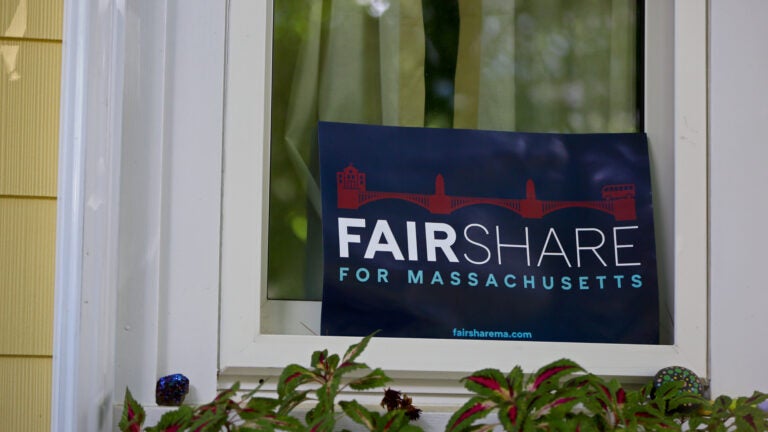