The new policy recommendations for Joe Biden, crafted jointly by allies of Biden and Sen. Bernie Sanders, D-Vt, are the clearest sign yet that the moderate and progressive wings of the Democratic Party were trying to unite far more than they did in 2016.

But the ideas put forth on Wednesday are also indications that progressives succeeded in pushing some proposals leftward, influencing Biden’s policy platform as he prepares to accept his party’s nomination for president next month.

Health Care: Expanding government-run plans, without ‘Medicare for All’

The task force’s recommendations stop far short of Sanders’ signature health care policy initiative, a single-payer “Medicare for All” system that would enroll all Americans in a generous government-run health plan.

Instead, the task force supports a government-run insurance option that would be offered to all Americans on a sliding scale according to income — and automatically provided to low-income Americans free.

A so-called public option has always been a part of Biden’s health plan, but the recommendations specify new details, such as a requirement that primary care visits and certain prescription medicines be offered without any out-of-pocket spending by patients. Similar to Biden’s most recent health proposal, this would allow Americans to become eligible for Medicare coverage at 60 instead of the current threshold, 65. Medicare benefits would be expanded to cover treatment for dental care, vision and hearing loss.

The task force also recommends special insurance options for people during the coronavirus pandemic. For those who lost coverage because they became unemployed, the task force suggests that the federal government pay the full cost of continuing that coverage under the federal law known as the Consolidated Omnibus Budget Reconciliation Act, or COBRA. People without previous coverage would be allowed to buy a new plan with no deductible, at a price determined by their income, or an existing Obamacare plan.

Criminal Justice: A shift for Biden on private prisons, but not on marijuana

Biden’s views on criminal justice had already been drastically transformed since he helped pass the 1994 crime bill, and the task force’s recommendations go still further. Most notably, they call for eliminating private prisons — a move that Sanders has championed but that Biden had not endorsed.

They do not, however, bridge another notable gap between the Biden and Sanders platforms. The task force called for decriminalizing marijuana and legalizing it at the federal level for medical use, but for letting the states decide whether to legalize it for recreational use. That is the position Biden held in the primary, in contrast to Sanders, who supports full legalization.

The task force called for ending cash bail and eliminating mandatory minimum sentences, steps that both candidates supported in the primary. It also suggested a federal standard for the police’s use of force, a national database of police officers who commit misconduct and an end to sentences of life without parole for juvenile offenders.

The recommendations make no mention of the Green New Deal, an ambitious plan that Ocasio-Cortez and other supporters of Sanders have championed.

There is also no mention of a national ban on fracking, which Biden has avoided calling for, despite pressure from young climate activists. But there are other signs that progressives on the task force were able to push Biden to the left.

Specifically, critics of Biden’s plan to invest $1.7 trillion in order to achieve net-zero emissions before 2050 had complained that his platform included few details on how it would achieve that faraway goal. The recommendations set a number of specific near-term bench marks that Democrats would promise to reach. They include moving all electric power off fossil fuels by 2035; achieving carbon-neutrality in all new buildings by 2030; and installing 500 million solar panels in the next five years.

The economics recommendations to Biden include more expansive and expensive plans than he has embraced in the campaign. They are heavily focus on addressing racial inequality and on getting Americans back to work in the wake of the recession caused by the pandemic.

The task force suggested that Biden consider several plans that his more liberal rivals had championed during the Democratic primaries, though at times it stopped short of endorsing them.

The recommendations call for “a comprehensive agenda for communities of color with ambition that matches the scale of the challenge and with recognition that race-neutral policies are not a sufficient response to race-based disparities.”

The details include asking Biden to “explore” a so-called baby bonds proposal to provide every child with a government-funded savings account at birth, a policy favored by Darrick Hamilton, an Ohio State University economist who was one of Sanders’ appointees.

A section on job creation urges consideration of another plan favored by Sanders’ appointees: a large-scale federal employment program in areas such as infrastructure development. “In order to ensure that everyone who wants to work has a pathway to employment,” the recommendation says, “the government must enact measures to create jobs and jobs programs like those effectively used during the New Deal.”

On K-12 education, the task force report represents something of a shift away from the policy commitments of the Obama-era Democratic Party.

Instead of emphasizing standardized tests to drive accountability for teachers and students, the document talks about holistic tests of students’ skills and the importance of schools as community centers that provide a broad array of social services, such as health care and meals.

While the Obama administration was strongly supportive of charter schools, the task force promises to subject charters, which are publicly funded but privately managed, to stricter federal scrutiny, echoing policy plans released by Sanders and Sen. Elizabeth Warren, D-Mass., during the primary.

The document commits to tripling federal aid for low-income schools and to increasing funding for students with disabilities. School desegregation by race and class has emerged in recent years as a major concern for progressives. The task force commits to addressing the problem through strategies like busing and magnet schools, but does not mention a specific amount of funding. (Biden’s opposition to federally mandated busing was a major campaign issue last year, but he has never opposed voluntary busing.)

While many supporters of Sanders were excited by his promise of universal free tuition at public four-year colleges, the task force stops short of that commitment. It says instead that public universities should be free for families earning under $125,000 per year, and that community colleges should be free for all.

The report indicated that the immigration agenda of a Biden administration would focus on undoing President Donald Trump’s restrictionist policies, which have been anathema to Democrats.

The task force recommended that Biden work with Congress to maintain protections for about 700,000 young immigrants known as Dreamers from deportation, a program that Trump is trying to end. It also recommended ending Trump’s travel restrictions against 13 countries, most of which have substantial Muslim populations.

The report said Biden should end a program that forced more than 60,000 migrants to wait in Mexico while their asylum cases wound through immigration courts, and should stop diverting asylum-seekers to Central American countries. Biden should increase the number of refugees who can be allowed into the United States to 125,000 per year, from Trump’s level of 18,000, and raise that cap over time, the committee said. And it called for ending the national emergency declaration that Trump has used to siphon billions of dollars in Pentagon funding for a wall along the southwestern border.

The task force stopped short of calling for Immigration and Customs Enforcement to be abolished, as some in the party have called for. Instead, the report recommends increasing oversight of immigration enforcement and border agencies with the creation of an ombudsman and a panel. There was also no suggestion that unauthorized border crossings should be decriminalized and made a civil offense, a change Sanders has supported, although the committee recommended prioritizing prosecutions of human traffickers. 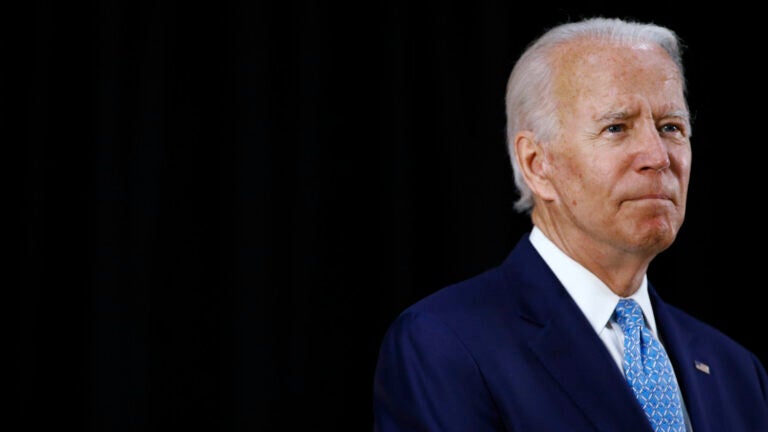