Like thousands of other Americans, Sens. Marco Rubio and Dan Sullivan took to social media Saturday to mourn the death of Rep. John Lewis, a venerated figure of the civil rights movement.

“It was an honor to know & be blessed with the opportunity to serve in Congress with John Lewis a genuine & historic American hero,” Rubio, R-Fla., said in a tweet Saturday afternoon. “May the Lord grant him eternal peace.”

Except the photo Rubio posted was not of Lewis but of another congressman: Rep. Elijah Cummings, who died in October. Rubio also used the photo of himself with Cummings as his Twitter profile picture for a brief time.

Sullivan, R-Alaska, also memorialized Lewis with a photo of Cummings. In the picture he posted to his Facebook account, Sullivan is standing beside Cummings in front of the National Museum of African American History and Culture in Washington.

“Congressman Lewis’ courage and principled leadership helped guide America through one of the most challenging periods in its history, calling our country to live up to its ideals with justice and equality for all people regardless of color and creed,” Sullivan wrote.

In a follow-up tweet, Rubio acknowledged having used an incorrect photo.

“John Lewis was a genuine American hero,” he added. “I was honored to appear together in Miami 3 years ago at an event captured in video below. May God grant him eternal rest.”

For his part, Sullivan later removed the photo of Cummings from his Facebook post, as well as a reference to the museum.

According to Nick Iacovella, a spokesman for Rubio, the mix-up happened because of a mislabeled photo. The original photo, taken in February 2014 by Philadelphia Inquirer photojournalist Lauren Schneiderman, was removed from Schneiderman’s personal website.

“Senator Sullivan’s staff made a mistake trying to honor an American legend,” Mike Anderson, a spokesman for Sullivan, said in an email Saturday.

Twitter was quick to criticize Rubio, R-Fla., for confusing the congressmen.

Lewis died at 80 Friday. He announced in December that he had Stage 4 pancreatic cancer. One of the original 13 Freedom Riders, he was a powerful force in the U.S. civil rights movement, helping organize the March on Washington and other demonstrations.

Cummings, D-Md., died Oct. 17 at 68 in Baltimore. As the time of his death, he was serving his 13th term in the House of Representatives.

Amid the nationwide unrest that grew out of the death of George Floyd, a Black man who died in May after an encounter with the Minneapolis police, the treatment of Black Americans has been brought to the front of the country’s political consciousness. Black employees, for instance, have been subject to indignities such as being mistaken for a Black co-worker.

For all its prestige, Capitol Hill is still just another workplace, and the senators’ posts were far from the first instances of Cummings and Lewis’ having been confused for each other.

In late December, CBS News apologized for incorrectly showing a photo of Cummings when referring to Lewis. In June 2019, a Fox News anchor, Eric Shawn, apologized for confusing the congressmen, even with Lewis’ nameplate being in the news clip.

Lewis took the mix-ups in stride. Standing next to a portrait of Cummings on the House floor in October, Lewis paid tribute to his friend and talked about his service.

“Sometimes people would confuse us, and say, ‘Hello, Elijah,’ ‘Hello, John Lewis,’ to him,” he said. “And we would joke about it. We would laugh about it.”

On April Fools’ Day last year, Lewis jokingly announced that he would grow a beard to at last put an end to his being mistaken for Cummings. In an official statement, he said that he had even considered getting a tattoo on the back of his head.

“I guess being mistaken does have its advantages, though,” Lewis said. “Elijah’s younger than me, so I guess being mistaken for him is kind of a compliment. Maybe one day when I have a schedule conflict, I’ll see if he wouldn’t mind sitting in a hearing for me. You think anybody would notice?” 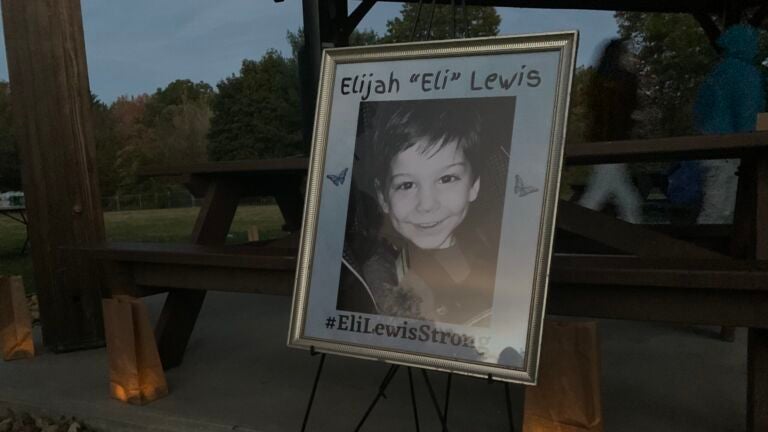