The movement to ban police in Massachusetts from using tear gas will have to wait.

During the second debate over police reform legislation Thursday, the state’s House of Representatives overwhelmingly rejected a proposed amendment to prohibit the use of tear gas and other chemical agents by law enforcement officers, after it was used on protesters this past spring in Boston and Brockton, as well as in more than 100 other instances across the country following the killing of George Floyd by police.

The ban was proposed by Rep. Mike Connolly, a Cambridge Democrat, who has argued that chemicals that are banned in war should under no circumstances be used on civilians on the streets.

“When law enforcement reaches the point where they feel the use of a chemical weapon is necessary, then a breakdown or a failure has already occurred,” he said in a statement after introducing the amendment earlier this week.

However, the measure was defeated by a vote of 38 to 121 in the House, which is composed more than 85 percent by Democrats.

According to the State House News Service, opponents of the amendment argued Thursday that the current legislation already does enough to limit the use of tear gas.

Unveiled on Monday, the sweeping police reform bill prohibits police from using crowd-control measures like tear gas, rubber pellets, and dogs unless officers have already attempted deescalation tactics and use such tactics proportionately to a“threat of imminent harm.” The police reform bill passed last week in the Massachusetts Senate includes similar language, defining imminent harm as serious physical injury or death that is likely to be caused by someone with the present ability, opportunity, and apparent intent.

Connolly — who has questioned the degree to which police are actually using deesclation tactics before using tear gas — didn’t think those provisions offered enough protection. In an interview last month with Boston magazine, he also said the mere possibility of its use, which can cause serious injuries and lasting respiratory issues, could stifle free speech.

“To be sure, the underlying bill we are considering will add some limitations on the use of tear gas, but this amendment would have made the bill even stronger,” Connolly tweeted Thursday after his amendment was defeated.

To be sure, the underlying bill we are considering will add some limitations on the use of tear gas, but this amendment would have made the bill even stronger. Unfortunately, the amendment was rejected, but our efforts to strengthen this bill are ongoing. https://t.co/injN3LBFJo

At the federal level, Sens. Ed Markey and Bernie Sanders have also introduced legislation to ban the use of tear gas and rubber bullets by law enforcement.

But if such a proposal can’t get through a veto-proof Democratic majority in the Massachusetts State House, it’s hard to see how it would pass in the Republican-controlled U.S. Senate. 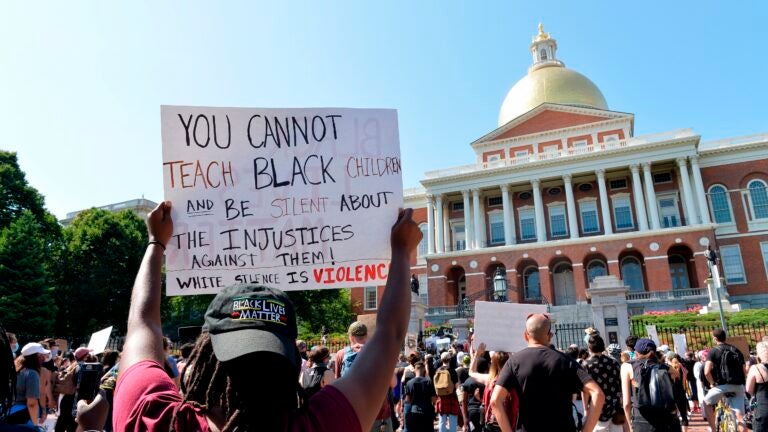