A trio of city councilors Wednesday filed an ordinance that would create a civilian review board with subpoena power to investigate complaints of misconduct against Boston police and the authority to issue disciplinary recommendations for officers.

With the filing, years in the making for Councilor Andrea Campbell, councilors hope to build on the momentum of national and citywide calls to reform and make transparent law enforcement, and to draw on the support of the city’s most diverse council in history to see it through, they say.

Councilors say the board’s authority would expand past the limitations of the standing Community Ombudsman Oversight Panel, replacing the CO-OP to go further in providing transparency and oversight of city police.

Campbell said the ordinance proposed is “the strongest that I could have created.”

“This board will be more effective than the current CO-OP panel,” she said.

Specifically, a civilian review board, as proposed, would be authorized to receive and investigate complaints against officers both from the public and from other department personnel, according to Campbell.

She said the ordinance gives the board the power to “in certain instances” review the department’s internal affairs investigations and to recommend disciplinary actions and policy changes. Furthermore, the measure grants the group authority to collect and publish monthly data on cases and key department metrics such as arrests and use-of-force situations, Campbell said.

The review board would hold monthly meetings and publish semi-annual reports and recommendations, and would be allotted its own, independent office with staff and financial backing from the city, according to Campbell, who said the ordinance was crafted after extensive research of similar programs in cities like New York and Atlanta.

Board members would be appointed by the City Council and the mayor.

“There are very few jobs that allow people to use force on our residents and on our constituents,” Councilor Ricardo Arroyo, a co-lead sponsor, said. “And the reality is when you have that kind of responsibility and that kind of power, certainly oversight and standards are required, and when we talk about a community’s faith in the process, transparency, and accountability, a civilian review board goes a long way in ensuring those things.”

The ordinance also arrives amid nationwide reckoning and condemnation of systemic racism and police brutality spurred by the death of George Floyd, the Black man killed in police custody in Minneapolis this May, and other Black Americans, such as Breonna Taylor, the 26-year-old Louisville woman shot by police in March.

“The murders of George Floyd, Breonna Taylor, and others are obviously the worst and most devastating reasons for accountability, but we know that everyday people, regardless of their race, have very uncomfortable and sometimes dangerous encounters with police,” Campbell said.

Many of those encounters in Boston disproportionately impact people of color. Campbell pointed to “Field Interrogation and Observation” data the council recently received from the Boston Police Department showing that Black people accounted for 69 percent of people stopped by police last year, even though they account for 25.3 percent of the city’s population. White people, meanwhile, who make up 44.5 percent of Boston’s population, were the subject of 25 percent of stops by police, according to the data.

Last month, Mayor Marty Walsh announced the formation of a task force to look at police reform in the city. Campbell said she looks forward to working with the group, which is tasked with considering how to strengthen police oversight, on the ordinance for a civilian review board.

But, as Campbell noted, the conversations around the review board in Boston date back much further than the demonstrations and calls for change in recent months.

Arroyo said such a proposed ordinance was last before the council in the early 2000s, when his father, Felix Arroyo, was a councilor.

In the past few years, Campbell herself filed three hearing orders on the subject, which she said were all ignored.

Despite calling the push for the board a “frustrating process,” Campbell said the current movement to change the law enforcement system gives her reason to be hopeful and optimistic.

“Thousands of residents are mobilizing and demanding greater accountability. They’re calling us. They’re reaching out to us. There is a movement to reform and re-imagine our policing system,” Campbell said. “And so I think this is absolutely the appropriate time to not only create such a board, but to push the envelope as far as we can given our limitations legally or with respect to the (police department) collective bargaining agreement, to create something that has teeth, that has the real power to create accountability.”

The ordinance was referred to the Committee on Government Operations. 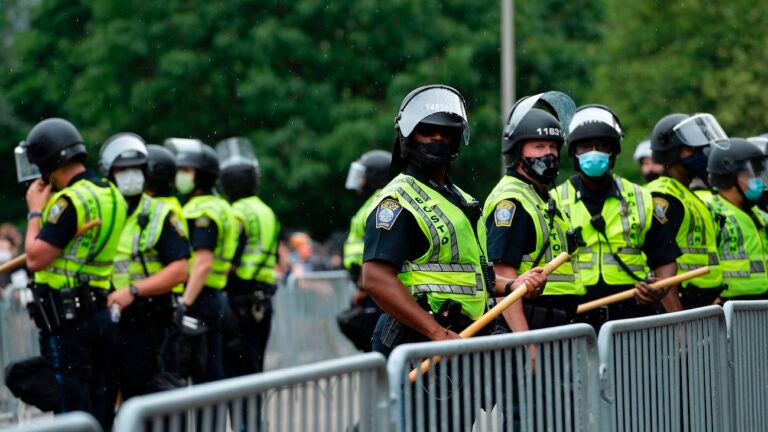