The contest was one of the sharpest of the campaign as both candidates wrestled for the upper hand.

One point of focus was the case of Danroy “DJ” Henry, a young Black man from Massachusetts killed by police 10 years ago. Henry’s father has criticized Markey, saying he failed to help the family seek justice.

Kennedy echoed that criticism during the debate, saying Markey did nothing other than to sign onto a letter that his office put together.

“It’s not my words that said you did nothing. It’s Mr. Henry’s words who said that you did nothing,” Kennedy said during the debate on WBZ-TV. “You signed a letter that my office put together after months of trying to get you on that letter.”

Markey said he joined other members of the congressional delegation who sent a letter to former U.S. Attorney General Eric Holder in 2014 asking that the Justice Department open an investigation into the killing.

“The Henry family deserves justice. I can’t fathom the pain which the Henry family must feel,” Markey said. “When Congressman Kennedy said I did nothing, he knows it’s not true.”

“Is your father funding that super PAC that is attacking me right now?” Markey said.

“No clue. No idea,” Kennedy said, arguing that Markey balked at a deal that would have kept such PACs out of the election.

“I’m sure your father is watching right now,” Markey said. “Tell your father right now that you don’t want money to go into a superPAC that runs negative ads.”

He also said that supporters of Markey “have put out tweets saying that Lee Harvey got the wrong Kennedy” — a reference to the assassination of former President John F. Kennedy.

Kennedy also criticized Markey for missed votes this year. Markey said that over their careers, he and Kennedy have had essentially the same voting rate.

The race is one of the most closely watched political contests in the state this year, pitting a long-term member of Congress from Massachusetts against an heir to the state’s most storied political family.

One variable to the race is the opportunity for early and mail-in voting, meaning many voters could cast their ballots well before the Sept. 1 primary.

Markey, 74, has served in Congress for decades — first in the House and later in the Senate. The 39-year-old Kennedy currently represents the state’s 4th Congressional District.

Kennedy is the grandson of Robert F. Kennedy, who was attorney general in his brother John F. Kennedy’s White House before being elected to the U.S. Senate representing New York. His father represented Massachusetts in the U.S. House.

Kevin O’Connor, an attorney, and Shiva Ayyadurai, who ran as an independent in the 2018 Senate race, are vying for the Republican nomination. 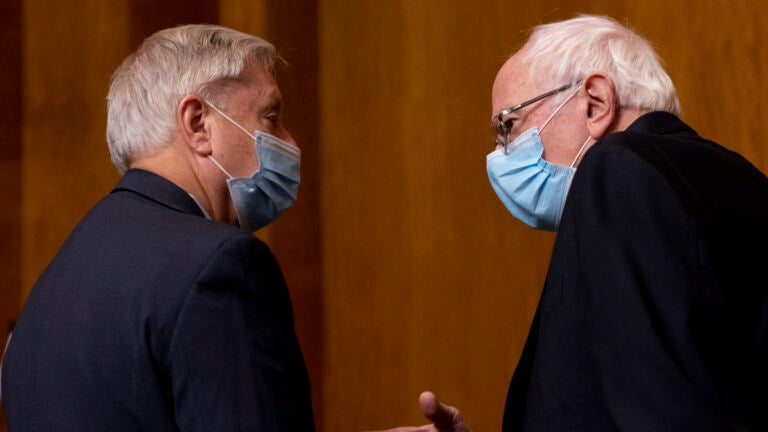